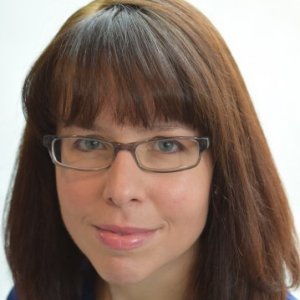 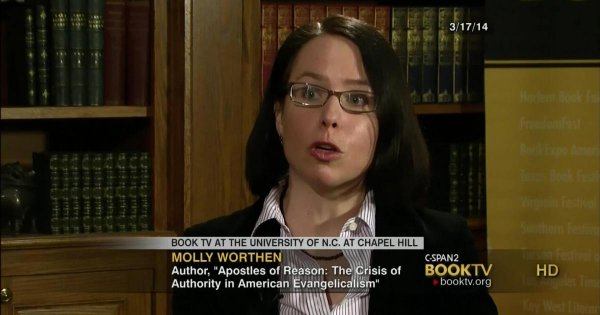 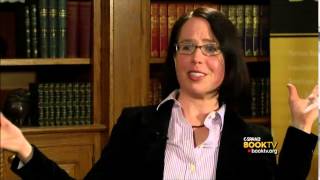 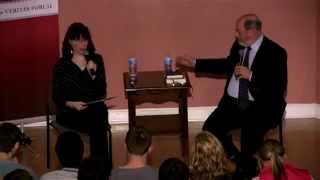 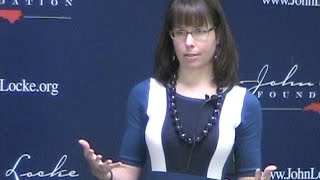 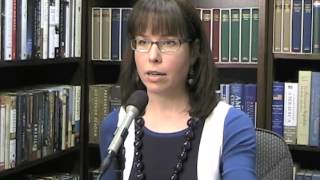 Molly Worthen is an associate professor of history in UNC's College of Arts and Sciences. Her research focuses on North American religious and intellectual history, particularly the ideas and culture of conservative Christianity. She is the author of the books "Apostles of Reason: The Crisis of Authority in American Evangelicalism" (Oxford University Press, 2013), and "The Man On Whom Nothing Was Lost: The Grand Strategy of Charles Hill (Houghton Mifflin, 2006.) Worthen teaches courses in global Christianity, North American religious and intellectual culture, and the history of politics and ideology. She is a contributing opinion writer for The New York Times and has also written about religion and politics for Slate, the Boston Globe, Foreign Policy and other publications. She is working on a 36-lecture course for the Teaching Company's Great Courses series, "History of Christianity II: From the Reformation to the Rise of Evangelicalism," scheduled for release in 2018.

The history of politics and ideology

First Place, 2015. Prize for best nonfiction book of the year pertaining to the study of religion.

IN American politics, few forces are more powerful than a voter’s vague intuition. “I support Donald Trump because I feel like he is a doer,” a senior at the University of South Carolina told Cosmopolitan. “Personally, I feel like Bernie Sanders is too idealistic,” a Yale student explained to a reporter in Florida. At a Ted Cruz rally in Wisconsin in April, a Cruz fan declared, “I feel like I can trust that he will keep his promises.” These people don’t think, believe or reckon. They “feel like.” Listen for this phrase and you’ll hear it everywhere, inside and outside politics.

"The decision to put Tubman on the twenty is a powerful sign of Americans' changing relationship with their own history. At the same time, it's also the gesture of liberals who have been fairly impotent lately in their efforts to correct the deep socioeconomic sources of racial inequality," said Molly Worthen, a history professor at the University of North Carolina who has written extensively about how views of identity shape each party.

Who are the Gay Evangelicals?

THE anti-gay ideology that has long held sway in American evangelicalism seems to be crumbling. Conservatives’ insistence that the Bible proscribes homosexual acts and their claim that protecting gay rights infringes on their own religious liberty have depended on another assumption not found in Scripture: that homosexuality is not a biologically rooted identity but a sinful temptation, an addiction that one must control.

In recent years, however, a range of definitions for evangelical have been proposed. Many polling firms, like Pew Research, count everyone who identifies themselves as “evangelical” or “born again.” A prominent Christian polling firm, Barna Group, has traditionally used a very specific nine-question definition that requires, for example, the person to claim they believe Satan exists. And Molly Worthen, University of North Carolina professor and author of Apostles of Reason: The Crisis of Authority in American Evangelicalism, defines evangelicals as Christians who are wrestling with a set of specific questions...

Next, the quality of the education matters. Here both form and content have to be addressed. It might be “deeply unfashionable,” writes Molly Worthen, but emails, Facebook, blog posts, videos and PowerPoint slides aren’t good tools for teaching deep thinking. Daniel Levitin comes to the same conclusion in his book. Deep thinking is stimulated by prolonged attention to a subject that requires activities such as reading books; listening to live, interactive lectures; and experiencing Socratic teaching. If school officials are not building programs around these time-consuming, contemplative and challenging activities, they are just delivering diplomas...

Wanted: A Theology of Atheism

One Sunday last month, I walked into an auditorium past greeters and a table loaded with coffee, fruit and cookies. Onstage two young men tuned their guitars. A blank screen hung down, a silent signal that not knowing the words would be no excuse for not singing along. But this was no typical church service...

Life in the Public Square: The Life and Thought of Richard John Neuhaus

Charismatic Catholicism is Alive and Well

“Inside the Mind of the Christian Right: A Deep History of the Culture Wars”

“The Crisis of Authority in American Evangelicalism”

"Evangelicals and the Authority Problem"

“The Curious History of the Christian Worldview: Theological Origins of the Culture Wars”

UNC-Chapel Hill  Program in the Humanities

The Theological Origins of the Christian Right

The National Association of Evangelicals

The Chalcedon Problem: Rousas John Rushdoony and the Origins of Christian Reconstructionism

2008 According to the town criers of liberal American journalism, readers must wake up and do something. Hide your children—there is a movement afoot among conservative Christians to take over our country and give America a theocratic makeover. A slew of ...