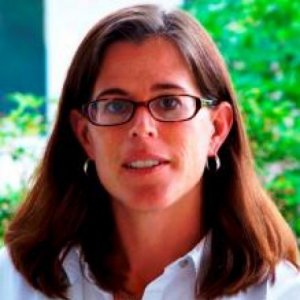 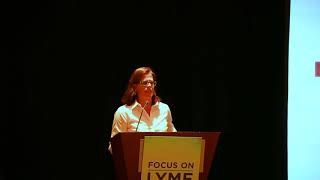 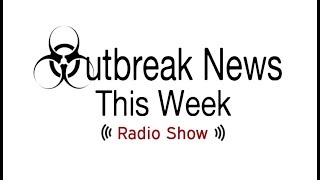 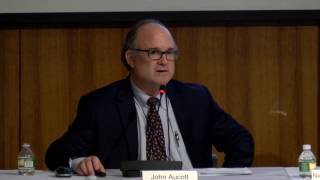 Lyme disease can persist even after treatment, Tulane study finds

Monica Embers, lead author of the study and assistant professor of microbiology and immunology at Tulane University School of Medicine, explained that according to the data the bacteria that had time to adapt to its host also had the "ability to escape immune recognition, tolerate the antibiotic and invade vital organs such as the brain and heart."...

Lead author, Monica Embers, PhD, added, "Although current antibiotic regimens may cure most patients who are treated early, if the infection is allowed to progress, the 28-day treatment may be insufficient, based on these findings." ...

Monica Embers, the Tulane researcher who reported finding Lyme spirochetes in treated rhesus monkeys, believes hers and other research suggests current Lyme disease treatments should be reconsidered. “From my own research in the nonhuman primate model of Borreliosis,” she told me, “I am of the opinion that doxycycline monotherapy is insufficient for treatment of disseminated infection and that new approaches are certainly needed.”...

2018 Nonhuman primates currently serve as the best experimental model for Lyme disease because of their close genetic homology with humans and demonstration of all three phases of disease after infection with Borrelia burgdorferi. We investigated the pathology associated with late disseminated Lyme disease (12 to 13 months after tick inoculation) in doxycycline-treated (28 days; 5 mg/kg, oral, twice daily) and untreated rhesus macaques. Minimal to moderate lymphoplasmacytic inflammation, with a predilection for perivascular spaces and collagenous tissues, was observed in multiple tissues, including the cerebral leptomeninges, brainstem, peripheral nerves from both fore and hind limbs, stifle synovium and perisynovial adipose tissue, urinary bladder, skeletal muscle, myocardium, and visceral pericardium.

2017 The efficacy and accepted regimen of antibiotic treatment for Lyme disease has been a point of significant contention among physicians and patients. While experimental studies in animals have offered evidence of post-treatment persistence of Borrelia burgdorferi, variations in methodology, detection methods and limitations of the models have led to some uncertainty with respect to translation of these results to human infection. With all stages of clinical Lyme disease having previously been described in nonhuman primates, this animal model was selected in order to most closely mimic human infection and response to treatment.

2015 Doxycycline is an antibiotic commonly used to treat Lyme disease and other bacterial infections. The MIC and minimum bactericidal concentration (MBC) for Borrelia burgdorferi have been investigated by different groups but were experimentally established in this study as a function of input cell density. We demonstrated that B. burgdorferi treated in the stationary phase has a higher probability of regrowth following removal of antibiotic.

2014 The hallmark of disease caused by tick- and louse-borne relapsing fever due to Borrelia infection is cyclic febrile episodes, which in humans results in severe malaise and may lead to death. To evaluate the pathogenesis of relapsing fever due to spirochetes in an animal model closely related to humans, disease caused by Borrelia turicatae after tick bite was compared in 2 rhesus macaques in which radiotelemetry devices that recorded body temperatures in 24-hour increments were implanted.

Vaccination against Lyme disease: past, present, and future

2013 Lyme borreliosis is a zoonotic disease caused by Borrelia burgdorferi sensu lato bacteria transmitted to humans and domestic animals by the bite of an Ixodes spp. tick (deer tick). Despite improvements in diagnostic tests and public awareness of Lyme disease, the reported cases have increased over the past decade to approximately 30,000 per year. Limitations and failed public acceptance of a human vaccine, comprised of the outer surface A (OspA) lipoprotein of B. burgdorferi, led to its demise, yet current research has opened doors to new strategies for protection against Lyme disease...

2012 The persistence of symptoms in Lyme disease patients following antibiotic therapy, and their causes, continue to be a matter of intense controversy. The studies presented here explore antibiotic efficacy using nonhuman primates. Rhesus macaques were infected with B. burgdorferi and a portion received aggressive antibiotic therapy 4–6 months later...

2012 Infection with Borrelia burgdorferi elicits robust yet disparate antibody responses in infected individuals. A longitudinal assessment of antibody responses to multiple diagnostic antigens following experimental infection and treatment has not previously been reported. Our goal was to identify a combination of antigens that could indicate infection at all phases of disease and response to antibiotic treatment. Because the rhesus macaque recapitulates the hallmark signs and disease course of human Lyme disease, we examined the specific antibody responses to multiple antigens of B. burgdorferi following infection of macaques.