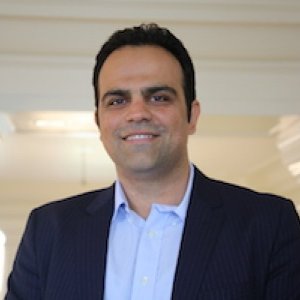 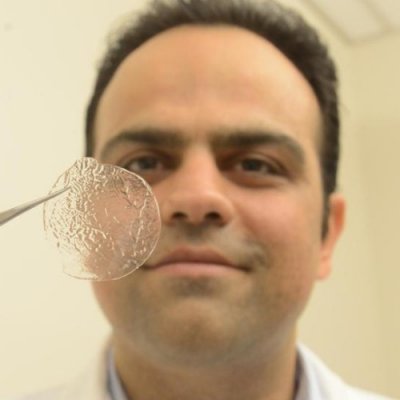 Dr. Morteza Mahmoudi is an Assistant Professor of Radiology and Precision Health Program at Michigan State University (MSU). Prior coming to MSU, he was an Assistant Professor of Anesthesiology at Brigham and Women’s Hospital, Harvard Medical School. His specific research interest is in nanomedicine and regenerative medicine for the development of new nano-based platforms for prevention/treatment of life-threatening conditions such as cardiomyopathy, cancer, and neurodegenerative diseases. Aside from nanomedicine and regenerative medicine, Dr. Mahmoudi is also very active in social sciences and specifically in drawing the attention of the scientific community in the rising issue of academic bullying. In addition, he is also working on identifying the reasons behind the enormous disparity between the numbers of major prize winners between the sexes (which currently stands at more than an order of magnitude in favor of male nominees) and seek to draw the attention of award agencies, researchers, entrepreneurs, and media to reexamine the historical imbalances between the sexes in winning major scientific awards. He is among 2018 highly cited researchers in 2018 as reported by Clarivate Analytics.

Biopolymer dressing could be cheap aid for chronic wounds

Tens of millions of patients around the world suffer from persistent and potentially life-threatening wounds. These chronic wounds, which are also a leading cause of amputation, have treatments, but the cost of existing wound dressings can prevent them from reaching people in need. “The existing efficient technologies are far too expensive for most health care systems, greatly limiting their use in a timely manner,” says Morteza Mahmoudi, an assistant professor in the Michigan State University College of Human Medicine and the Precision Health Program. “An economically accessible, practical, and effective technology is needed.”

Currently, many chronic wound dressings incorporate harvested natural biological tissue. Obtaining those tissues from donors – and working them into the material – is typically a very complex process. According to Michigan State University, this means that such dressings may ultimately cost up to $1,000 each. Seeking a more affordable alternative, an international team led by MSU's assistant professor Morteza Mahmoudi has instead looked to collagen, which is the main structural protein in the extracellular matrix of the body's connective tissues.

Why do COVID vaccines seem to work better for men?

Researchers are studying and raising awareness about the role of sex in the efficacy of vaccines that use nanomedicine, including some COVID-19 vaccines. If there's one take-home message for the general public about the coronavirus vaccines approved in the US, it's that they are remarkably effective. But Michigan State University's Morteza Mahmoudi is raising awareness about an important subtlety: The vaccines developed by Moderna and Pfizer-BioNTech appear to work slightly better for males than for females. Both vaccines use tiny orbs, or nanoparticles, to deliver their active ingredients to cells in our immune systems. For years, Mahmoudi has been studying how and why nanomedicines — therapies that use nanoparticles—can affect patients differently based on their sex and he believes this could be a factor with the vaccines.

“When we put something in liquid, it separates into sediment by weight,” Morteza Mahmoudi, PhD, an assistant professor at MSU, said in a press release. “But another force — the magnetic force — can cancel out weight and levitate the proteins. This permits us to much more precisely define the density of proteins in solution.”

The technique involves mixing a sample of plasma proteins with magnetic nanoparticles and then applying a magnetic field to separate different proteins into discernible bands. “When we put something in liquid, it separates into sediment by weight,” said Morteza Mahmoudi, a researcher involved in the study. “But another force – the magnetic force – can cancel out weight and levitate the proteins. This permits us to much more precisely define the density of proteins in solution.”

The method, called “magnetic levitation,” or MagLev, had previously been used to separate different types of particles in solutions, arranging them in groups based on their relative densities rather than weight. Now, two new studies by Precision Health’s Morteza Mahmoudi, assistant professor, and Ali Akbar Ashkarran, research associate, illustrate how the method also can be applied to human blood plasma – the liquid component of blood. Plasma contains many types of proteins that perform a multitude of functions in the body.

Investigators from Brigham and Women's Hospital are taking advantage of a unique phenomenon of nanoparticles to develop a test for early detection of different types of diseases, including cancer. Through previous investigations, Morteza Mahmoudi, PhD, now a biomedical investigator in the Department of Anesthesiology, Perioperative and Pain Medicine, and colleagues have shown that biomolecules in the blood of healthy individuals and patients form various corona profiles around nanoparticles. Like dipping a donut hole in powdered sugar, nanoparticles collect a unique coating of proteins from the blood. In a new study published in the Royal Society of Chemistry's peer-reviewed journal Nanoscale Horizons, Mahmoudi and the team present evidence that these coronas are personalized and precise, with different compositions or patterns in people with cancers. They have developed a sensor array that has been tested on blood samples, both from people diagnosed with five different types of cancer as well as purportedly healthy people who went on to have a cancer diagnosis several years later. The team's goal is to develop an early detection test that could be used in the clinic to identify those at risk of cancer and other diseases.

American Association for the Advancement of Science.  online

As a nanoscientist at Michigan State University, Morteza Mahmoudi investigates the factors at the nanotechnology–biology interface that are key for nanomedicine diagnostics and treatments to succeed. He is also the founder and director of the Academic Parity Movement, a nonprofit organization that aims to address academic bullying through research and awareness. Dr. Mahmoudi discusses why bullying behavior thrives in academia, its impacts on targets and research, and possible solutions to the problem.

Researches nanomedicine and regenerative medicine for the development of new nano-based platforms for prevention/treatment of life-threatening conditions such as cardiomyopathy, cancer, and neurodegenerative diseases. Also, works to increase awareness of academic bullying.

2020 The past three decades have witnessed fast advances in the use of cationic liposome-DNA complexes (lipoplexes) for gene delivery applications. However, no lipoplex formulation has reached into the clinical practice so far. The primary drawback limiting clinical use of lipoplexes is the lack of mechanistic understanding of their low transfection efficiency (TE) in vivo. In physiological environments, lipoplexes are coated by a protein corona (PC) that mediates the interactions with the cell machinery. Here we show that the formation of PC can change the interactions of multicomponent (MC) lipoplexes with our cell model (i.e., HeLa). At the highest lipoplex concentration, the formation of PC can reduce the TE of MC lipoplexes from 60% to

2020 Surprisingly, the densities of proteins in solution, which are important fundamental biophysical quantities, have not been accurately measured. The lack of such data can limit meaningful interpretation of physical and chemical features of proteins and enzymes. Here, we demonstrate a new technique using superparamagnetic iron oxide nanoparticles (SPIONs) for magnetic levitation (MagLev), which promises to more precisely measure the density of proteins in solution. As a test of our new technique, we have levitated human plasma proteins using MagLev. By using standard density glass beads for calibration, MagLev showed that the levitated plasma proteins have a measured density in solution of 1.03 ± 0.02 g/cm3, which is much lower than those reported or assumed in the past literature (i.e., ∼1.35 g/cm3). Our findings suggest that MagLev may provide useful insights into the measurement of densities for better understanding the solution properties of proteins and their interactions both with other proteins in solution and with solvating water molecules.

2020 There are several methods (e.g., enzyme‐linked immunosorbent assay and liquid chromatography mass spectroscopy) that already use human plasma to detect a variety of possible diseases. However, this paper introduces the capabilities of magnetic levitation (Maglev) to detect disease (Opioid Use Disorder, used here as a model disease) by using levitation of human plasma proteins. The presented proof‐of‐concept findings revealed that the optical images of magnetically levitated plasma proteins carry important information about the health spectrum of plasma donors. In addition, the liquid chromatography mass spectroscopy analysis of the magnetically levitated plasma proteins demonstrated remarkable differences between the plasma of healthy individuals and patients with opioid use disorders. Overall, the presented method provides diagnostic value for disease detection using optical images of evolving magnetically levitated plasma proteins and/or proteomic information.

2020 In the past decade, we witnessed limited success in the clinical translation of therapeutic nanoparticles (NPs). One of the main reasons for this limited success is our poor understanding of the biological identity of NPs. Herein, we report magnetic levitation (MagLev) as a complementary analytical tool to investigate the homogeneity of the created protein corona (PC) coated NPs through an ex vivo model. Our results demonstrate that the MagLev system not only has the capacity to separate corona coated NPs, but also enables us to study the homogeneity/heterogeneity of the PC. Our findings suggest that current ex vivo isolation methods cause a heterogeneous coverage of PC profiles at the surface of NPs. The MagLev technique, therefore, would be instrumental in identifying and separating fully PC coated NPs which, in turn, enables us to achieve more accurate information on protein corona composition. Ultimately, we believe that the MagLev technique can be used for the fast screening of the homogeneity of corona coated NPs before quantitative analysis of the corona profile/composition, hence definitely improving our fundamental understanding of nano–bio interfaces.

2019 Academic bullying occurs when senior scientists direct abusive behavior such as verbal insults, public shaming, isolation, and threatening toward vulnerable junior colleagues such as postdocs, graduate students and lab members. We believe that one root cause of bullying behavior is the pressure felt by scientists to compete for rankings designed to measure their scientific worth. These ratings, such as the h-index, have several unintended consequences, one of which we believe is academic bullying. Under pressure to achieve higher and higher rankings, in exchange for positive evaluations, grants and recognition, senior scientists exert undue pressure on their junior staff in the form of bullying. Lab members have little or no recourse due to the lack of fair institutional protocols for investigating bullying, dependence on grant or institutional funding, fear of losing time and empirical work by changing labs, and vulnerability to visa cancellation threats among international students. We call for institutions to reconsider their dependence on these over-simplified surrogates for real scientific progress and to provide fair and just protocols that will protect targets of academic bullying from emotional and financial distress.