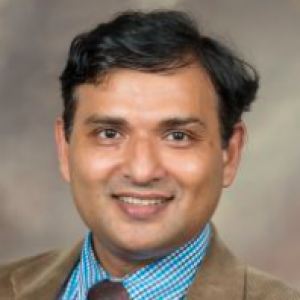 Mosfequr Rahman is an Associate Professor in the Department of Mechanical Engineering at Georgia Southern University.

Journal of Power and Energy Engineering

2018 Due to the importance and advantages of Vertical-axis wind turbines (VAWTs) over traditional horizontal-axis wind turbines (HAWTs), this paper is implemented. Savonius turbines with drag-based rotors are adopted from the two more extensive arrangements of vertical wind turbines because of their advantages. In this paper, six diverse rotor plans with measure up to cleared regions are analyzed with exploratory wind burrow testing and numerical reenactments. These proposed models incorporate a conventional Savonius with two different edges criteria and 90 degree helical bend models with two, three and four sharp edges. The models were designed using SolidWorks software then the physical models were 3D printed for testing. A subsonic open-sort wind burrow was utilized for Revolution per Minute (RPM) and torque estimation over a scope of wind speeds. ANSYS Fluent reenactments were utilized for dissecting streamlined execution by using moving reference outline and sliding lattice display methods. A 3-dimensional and transient strategy was utilized for precisely tackling torque and power coefficients. The five new rotor geometries have important advantages such as making a focal point of weight advance from the hub of revolution and causing more noteworthy torque on the turbine shaft contrasted with the customary Savonius turbine. Our new models with the names of CC model and QM model display cross-areas lessen the aggregate scope of negative torque on the edges by 20 degrees, contrasted with the customary Savonius demonstrate. Helical plans are better spread the connected torque over a total transformation resulting in positive torque over every single operational point. Moreover, helical models with 2 and 3 cutting edges have the best self-starting ability in low wind speeds. Helical VAWT with 3 edges starts revolution of 35 RPM at only 1.4 m/s wind speed under no generator stacking. The most noteworthy power coefficient is accomplished, both tentatively and numerically, by the helical VAWT with 2 sharp edges.

2017 Micro-Electro-Mechanical-Systems (MEMS) is an emerging technology that integrates micromachined mechanical structures with integrated circuits (IC). During the last two decades, it has grown vastly as a prominent research area among scientists and engineers. Usually the main components of MEMS are sensors, actuators, and structures with all in microscale. A photostrictive mate-rial has high potential to be used in a MEMS application to develop an ad-vanced optical actuator. A strain is induced when a photostrictive material is il-luminated by high intensity light, which is known as photostriction. This phe-nomenon can be generally described as the combined effect of the photovoltaic effect and the converge-piezoelectric effect. When an incident light strikes a photostrictive material, a photovoltage is produced and this photovoltage develops strain in the material. Lanthanum modified lead zirconate titanate (Pb, La) (Zr, Ti) O3 ceramic doped with WO3, called PLZT, is one of the photostrictive ceramics which has an advantageous use as a wireless remote control over traditional actuators. Traditional actuators require wire connections to transmit the control signal; these wires yield noise via external electromagnetic fields. Whereas, PLZT actuators can transmit the control signal without wires which can eliminate possible noise due to the external electromagnetic field. In this current research, the photostrictive effect of a thin PLZT film on a silicon wafer is investigated experimentally. The transverse deflection of the PLZT optical actuator cantilever beam has been measured for stationary continuous light as well as for pulses of light using an optical chopper at various light intensities and focused locations. Results indicate that transverse deflection increases with the increase of light intensity. Also, the maximum transverse deflection at the free end of the cantilever beam for stationary light has been found to be three times larger than that for the pulses of light.

2017 The growing research interest on nanofluids, the suspensions of nano-size powders in ordinary fluids with enhanced cooling properties, has led the authors to study surface modifications (i.e., possible erosion-corrosion effects) from nanofluid interactions with typical heat-exchanger materials. This article discusses existing instruments and the rationale for designing a new ad-hoc test rig using jet-impingement at speeds from 3.5 m/s to 35 m/s. Preliminary tests used typical nanofluids—2% volume alumina-nanopowder in water—which were jet-impinged at 15.5 m/s speed on aluminum and copper specimens. The instrument, methodologies and assessment tools proved to be appropriate to test for the nanofluid interactions with material surfaces. The studied surface modifications, which were assessed by roughness measurements, weighing for removed-material, and optical-microscopy, suggest that addition of nano-powders can lead to patterns of erosion-corrosion that are substantially different than those typically obtained from base fluids.

Journal of Automation and Systems Engineering

2017 Wind energy, being easily accessible, environmentally friendly, and being cost effectively, has become the world’s one of popular growing renewable energy sources of electricity generation. Among all of the wind turbines, Horizontal Axis Wind Turbine (HAWT) is considered as leading technology due to its high efficiency. However, to spread this technology to mankind it is needed to develop turbine in this way that people can use it individually and comfortably. This kind of thinking accelerates the advancement of integration of wind turbine with Nano grid concept. Although great progress has been achieved in the wind technology, there is still scope to reduce the cost and improve the performance of small-scale wind turbines. Moreover, low wind velocity should also need to be utilized properly to achieve saturated energy production. So, concentration is going to small scale wind. Small scale horizontal axis wind turbines (SSHAWT) provide a clean, prospective and viable option for energy supply. Moreover, SSHAWT can also be acted as one of the reliable power sources of Nano grid. To design efficient wind turbine it is required a smooth and continuous development process. The current study focused on aerodynamic design and performance analysis of small-scale horizontal axis wind turbine blade using the blade element momentum (BEM) method with most updated and corrected model. The effects of the design parameters of a small wind turbine such as the blade chord and twist angle distributions on power performance were also investigated. In this study, the pitch is fixed and speed is variable. Results show that the maximum coefficient of performance is .5089 at the Tip speed ratio 6.5 which is very indication in preliminary stage power prediction.

2017 Nanofluids, the suspensions of nano-size powders in ordinary fluids, are of technical interest for their enhanced cooling properties, but their possible erosion-corrosion effects on cooling-system materials are mostly unknown. This paper discusses the rationale for designing and developing a new test-rig with flow-through parallel to the tested surfaces. The instrument conduct-chamber accommodates multiple specimens for simultaneous testing, and controlled fluid speed and temperature. This study shows that the new rig yields measurable surface-modifications from nanofluid action in reasonable test-times. Results are presented for a nanofluid (of 2%-alumina-nanopowder in water) that is recirculated in parallel-flow contact with polished aluminum and copper. Surface modifications are assessed by roughness, weighing of removed-material, and optical-microscopy, and results indicate that nanopowders can lead to patterns of wear, erosion and corrosion that are substantially different than those typically obtained from the base-fluids.