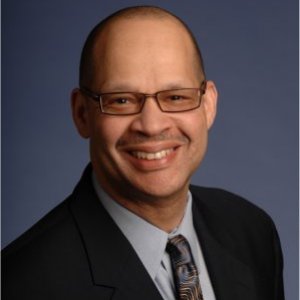 Ageist Practices in Marketing and Advertising 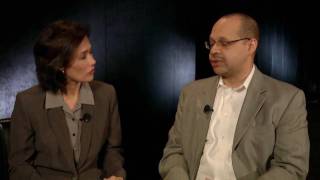 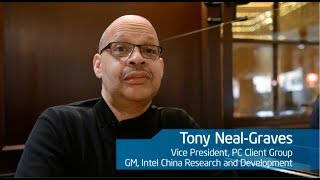 Tony Neal-Graves is vice president in the Internet of Things Group and general manager of the Industrial and Energy Solutions Group at Intel Corporation. He is responsible for driving and developing compelling Internet of Things (IoT) solutions to support the automation and control of industrial machinery and processes in manufacturing and production environments; solutions for the generation, transmission and distribution, automation, security, and consumption of electricity; and solutions for the efficient extraction and refinement of oil and gas products.

Prior to his current position, Neal-Graves was vice president of the PC Client Group and general manager of Intel China R&D based in Shanghai. In that role, he was responsible for developing the China R&D leadership team, ensuring operational excellence and efficiency. He also led the Workstations business and the Intel® Xeon Phi™ coprocessor program. He led the team responsible for developing and bringing to market Intel’s premier product for highly parallel applications.

Neal-Graves held several management positions across Intel’s Embedded Communications Group, including general manager of the Strategic Planning Organization and general manager for Intel’s business that focused on standards-based board and system-level solutions for the enterprise and service providers. Neal-Graves joined Intel in 2000 as the technical assistant to the vice president of Intel’s Communications Infrastructure Group, where he managed operations and strategic planning.

During his 22-year career in telecommunications, Neal-Graves was a general manager at Lucent Technologies and has held senior-level positions in product development, marketing and sales with AT&T, Bell Labs and Lucent.

Neal-Graves is a graduate of the Congressional Fellows Program at the Brookings Institution in Washington, D.C., where he was an aide to a member of the U.S. House of Representatives on the Ways and Means Committee. Neal-Graves was awarded the 2011 Black Engineer of the Year Award at the 25th BEYA STEM Global Competitiveness Conference.

Black Engineer of the Year (professional)

“Intel is proud to be a core part of enabling the next-generation of scientific discovery for XSEDE’s users,” said Anthony Neal-Graves, vice president and general manager of Workstations and MIC Computing at Intel ...