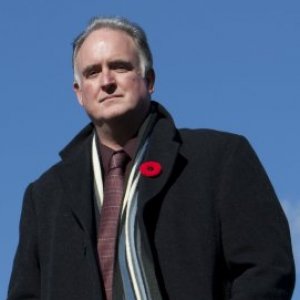 
"The truth is rarely pure, and never simple." - Oscar Wilde.

Murray Brewster is an Ottawa based correspondent for The Canadian Press and the agency's senior defence writer. He spent 15 months in Afghanistan over the last five years covering the war and is among the country's leading experts on the subject. His book, The Savage War: The Untold Battles of Afghanistan, was published in fall 2011 by John Wiley & Sons. As part of his duties, he's covered politics and broken a number of political stories, including last fall's veteran's privacy scandal where advocate Sean Bruyea and former ombudsman Pat Stogran had their medical files raided by vengeful bureaucrats. He has deep political contacts at all levels. Murray has been interviewed regularly on the CBC, CTV, and is a frequent guest on radio phone - in shows around the country. He is frequent lecturer at the Canadian army staff college, as well as universities and colleges. He has won 11 national Radio and Television News Director Awards, two Atlantic Journalism Awards, the Ross Munro (2010) Award for war corresponding and was a finalist at the National Newspaper Award (2010) for beat reporting as well as at the Michener Awards (1989) for public service in journalism.

Throughout over 25 years in journalism, I have been news director and Parliamentary bureau chief for a small wire service. Almost half of my career was spent developing and executing editorial policy.