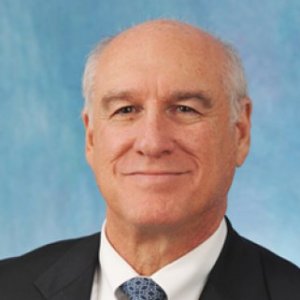 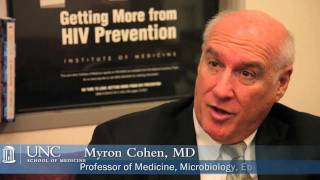 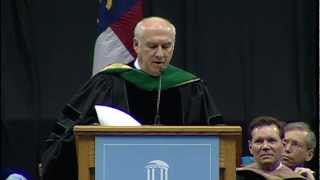 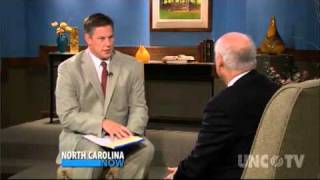 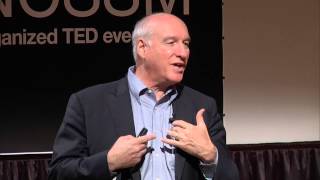 Dr. Cohen is the Director of the NIH STD Clinical Trials Unit, and the UNC HIV Prevention Trials Unit. He is Associate Director of the UNC CFAR and NIH STD Cooperative Research Center. Dr. Cohen is a Core Director of the NIH CHAVI. Dr. Cohen has received numerous awards and honors including distinguished alumni awards from Rush Medical College and the University of Michigan. He received the 2005 Thomas Parran Award for lifetime achievement in STD research. Dr. Cohen’s work focuses on the transmission and prevention of transmission of STD pathogens, including HIV.

The findings were announced Monday by AIDS researcher Myron Cohen at the eigth International AIDS Society Conference in Vancouver, Canada. Cohen, UNC’s chief of the Institute for Global Health & Infectious Diseases, has headed the global research project for a decade and studied more than 1,700 couples...

According to Dr. Myron Cohen, head of UNC's infectious diseases program and a well-respected researcher, the collaboration is a "Manhattan Project-style effort to help find the cure for AIDS. The provocative idea is now mature enough for industry to say, 'We want to be in this and make the discovery.'"...

Partnering with UNC and putting the center in the Triangle makes sense. Some of the world’s leading HIV researchers call home here, probably most notably being Dr. Myron Cohen, whose HIV findings in 2011 were named the 2011 Breakthrough of the Year by the prestigious academic journal, Science. Leading HIV scientists from UNC have long partnered with peers at Duke University as well, making this a strong geographic choice for such an investment...

Some of the most groundbreaking HIV/AIDS research has happened either here in the Triangle or from researchers that call this area home. In 2011, UNC researcher Dr. Myron Cohen announced research findings that showed they could eliminate transmission of the virus through a combination of treatments. The academic journal Science named the HIV prevention research the “Scientific Breakthrough of the Year,” in 2011...

2008 ABSTRACT: The precise identification of the HIV-1 envelope glycoprotein (Env) responsible for productive clinical infection could be instrumental in elucidating the molecular basis of HIV-1 transmission and in designing effective vaccines. Here, we developed a mathematical model of random viral evolution and, together with phylogenetic tree construction, used it to analyze 3,449 complete env sequences derived by single genome amplification from 102 subjects with acute HIV-1 (clade B) infection...

Brief but efficient: acute HIV infection and the sexual transmission of HIV

2004 ABSTRACT: We examined whether viral dynamics in the genital tract during the natural history of acute human immunodeficiency virus type 1 (HIV-1) infection could explain efficient heterosexual transmission of HIV...

1997 ABSTRACT: Transmission through sexual contact accounts for 75 to 85 percent of the nearly 28 million infections with the human immunodefficiency virus (HIV) that have occurred so far...

Reduction of concentration of HIV-1 in semen after treatment of urethritis: implications for prevention of sexual transmission of HIV-1