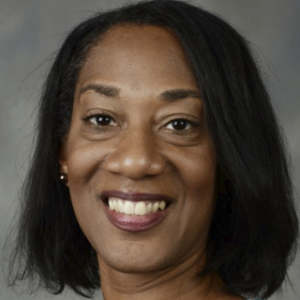 
Naeemah Clark is an associate professor of communications who studies the media and entertainment industries. 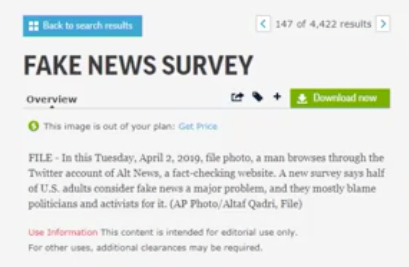 How to talk to your family about fake news

Naeemah Clark is an associate professor in the School of Communications at Elon University. She has edited the book, "African Americans in the History of U.S. Media," co-authored the textbook "Diversity in US Media," published work in Journalism History, American Behavioral Scientist, and has presented numerous papers at various conferences. Dr. Clark is interested in studying and teaching about economic, programming, and diversity issues related to the media and entertainment industries. 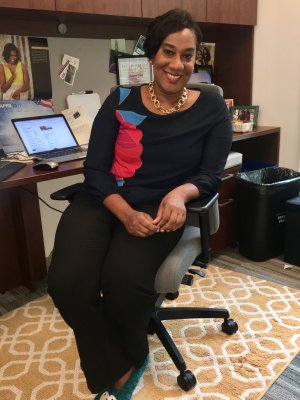 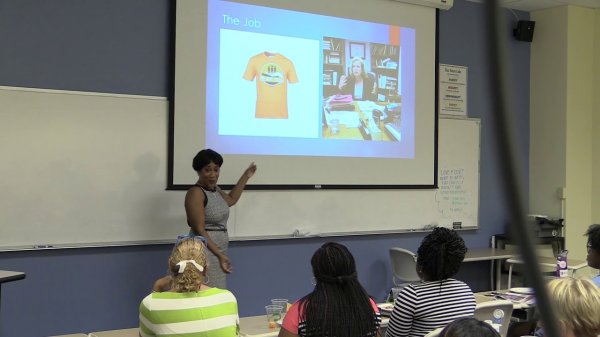 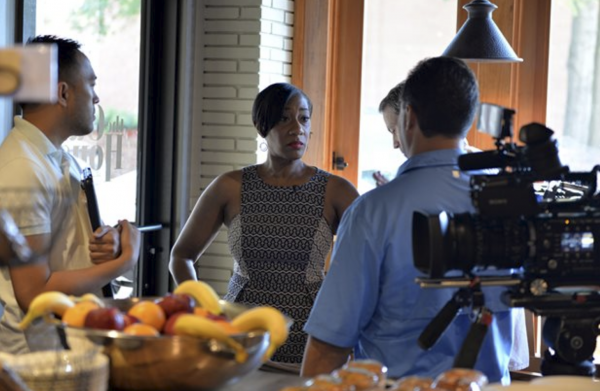 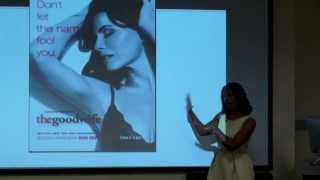 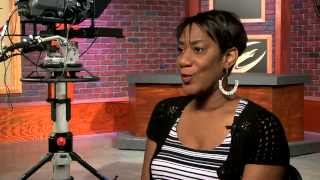 "How the youth can help older generations process fake news"

A recent segment hosted by ABC’s “The Debrief” examining fake news and how older generations are influenced by its use featured the insights of Naeemah Clark. During the Aug. 2 show, the professor of cinema and television arts joined host Kimberly Brooks by video to discuss how to talk to your family about understanding what is and is not fake news.

Anita Hill uses her own wounds to protect women today

In this column distributed by the Elon University Writers Syndicate, Associate Professor of Communications Naeemah Clark follows the recent address by Anita Hill at Elon with a reflection on her own incident of sexual harassment.

The best grade students should seek? An ‘R’ for resilience

In this column distributed by the Elon University Writers Syndicate, Associate Professor of Communications Naeemah Clark writes about how to help students not just bounce back, but bounce higher.

When CBS's "The Dukes of Hazzard" lost stars John Schneider and Tom Wopat to contract negotiations, it hired new lookalike actors to play their cousins, basically replacing the stars in all but name.

The brief experiment failed spectacularly. Naeemah Clark, associate professor at the School of Communications at Elon University, recalled seeing the cast switch as a child. "Even as a seven-year-old, I knew that recasting the core of a show was a bad idea."

Ratings plunged, and Schneider and Wopat eventually came back. According to Clark, trying to replace Barr with another actor would likely be just as unsuccessful. "The brand is Roseanne," she said.

Indeed, many commercial messages are open to wide interpretation about their cultural meaning. Naeemah Clark, an associate professor of communications at Elon University in North Carolina, said she thought it was in poor taste initially, but then changed her mind.

"I've decided to celebrate the fact that in 2018, MLK is being used as a mainstream voice," Clark wrote in an email..

Clark said she saw one reason to embrace a company's using King's words during the Super Bowl.

"In a time and place where the American president calls the African diaspora a 'shithole,' an advertiser chooses to use MLK's powerful words to reach out to a HUGE, mostly (and largely white) male audience," Clark wrote. "I think it shows that King is not just a figure that African-Americans can revere, but that everyone should."

This study uses discourse analysis of three popular women's magazines to determine how these publications contributed to the normalization of cosmetic surgery in the pivotal years of the 1960s to the 1980s. The dominant way of thinking over these three decades is that cosmetic surgery is effective and safe for every woman (regardless of age) who wants to achieve personal, financial, or romantic success. The dangers of these procedures, however, are not explicitly articulated but simply implied. Moreover, opposing messages, including risk alerts and "be realistic" caveats, ironically contribute to the normalization of cosmetic surgery by offering the reader a glimpse into another world that may become a reality for them. The findings indicate that the history of magazine coverage likely reinforces the norm that natural and artificial body parts can be blended to overcome the biologically inherited limitations of one's physical self.

Wikipedia, an online encyclopedia, is controlled by everyone, yet no one. Users can contribute, edit, or amend content that is posted and available to anyone that is searching for information. This open-editing process means that the information on the site is reviewed and regulated by other users and not by a constant presence, such as a webmaster. For this reason, its entries have been known to contain intentional or unintentional errors. For instance, John Seigenthaler, Jr., an assistant to Robert F. Kennedy, was improperly linked on Wikipedia to both Kennedy assassinations. (1) Although it has been shown to be useful to students, teachers, librarians, and reporters, it is acknowledged that this open source of user-generated entries raise issues of credibility for those who rely on it for information. Nevertheless, the April 2007 Pew Internet and American Life Project found that over a third of American homes with Internet access use Wikipedia as a reference. (2)

This study addresses how communication and mass communication students use Wikipedia as an academic tool and how credible they deem the Web 2.0 encyclopedia to be. The findings suggest that students do not use Wikipedia much for their school-related work and they use it as a jumping off point for continued research, if they use it at all. The results also indicate that students do not use Wikipedia because they strive to find information in more credible sources. As indicated by their open-ended responses, students say their professors warn them against using Wikipedia as a reliable source for their school work.

Change became the mantra of the 2008 presidential campaign. During the primaries, Senators Clinton, McCain and Obama, as well as Governor Huckabee, all used the idea of change as part of their campaign rhetoric. During the general election campaign, both Obama and McCain continued using change as their slogan. This study sought to determine what the youth vote believed that change meant, both in an overall sense and as attributed to each of the candidates. The data for Study 1 were conducted before the March 4, 2008, primary, and the data for Study 2 were collected in October 2008. In Study 1, 784 undergraduates from six states and nine colleges and universities participated. In Study 2, there were 260 undergraduates who participated. The findings in both studies reveal that the candidates were effective in their use of the word change , as the respondents were able to differentiate between the different campaign messages. Analysis of the open-ended data found several overall categories of change, and subsequent analysis found that these categories were more relevant to certain demographics than others. A discussion of the findings as well as ideas for future research is discussed.