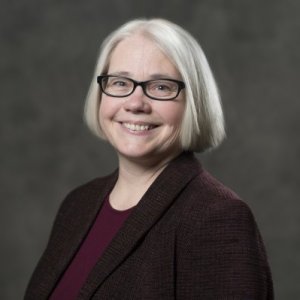 
Focuses on the history of science, technology, and medicine as it relates to drug policy and the social significance of drugs 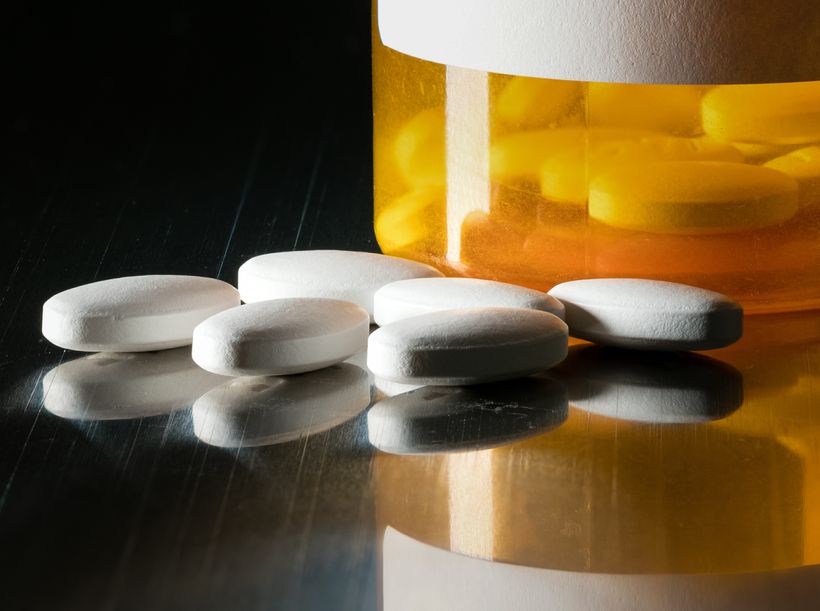 What Can A Forgotten Piece of Our Opioid Addiction and Treatment History Teach Us? 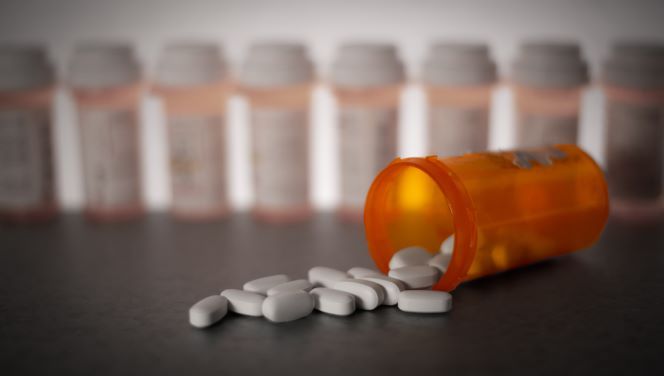 Can Understanding the History of Drug Addiction Help Address the Opioid Epidemic?

Professor Nancy Campbell is a Professor and the Department Head of the Department of Science and Technology Studies (STS) in the School of Humanities, Arts and Social Sciences.

Her research focuses on science, technology, and medicine as it relates to drugs, drug policy, and the social significance of legal and illegal drugs, with a recent focus on opioid overdose. She studies those who govern and use drugs, produce scientific knowledge about them, and seek to treat drug problems.

“How have ideas about drugs and drug addiction changed over time? What do we know about drug addiction, and how do we know it? Why do we have the drug policies that we do?” said Campbell. “We consider some drugs to cause social problems, and others to solve them. Often we are talking about the same molecules—the differences lie in who uses them and how they do so. My research centers on scientific communities who make knowledge about drugs, and interactions between scientists, treatment providers, policymakers, and patient advocates.”

Campbell is currently working on the history of overdose prevention, the ethics of LSD research in the US Public Health Service, and the fruitful convergence between neuroscience and addiction research.

She is the author of OD: Naloxone and the Politics of Overdose and Using Women: Gender, Drug Policy, and Social Justice (Routledge, 2000), which was about how drug-using women figured in drug policy discourse from the 1910s to the 1990s. She has also co-authored Gendering Addiction: The Politics of Drug Treatment in a Neurochemical World with Elizabeth Ettorre.

Campbell and co-authors JP Olsen and Luke Walden published a visual history of the federal drug treatment hospital in Lexington, Kentucky, titled The Narcotic Farm: The Rise and Fall of America’s First Prison for Drug Addicts. Campbell also appeared in Olsen and Walden’s 2007 documentary, The Narcotic Farm, and she often speaks about the relevance of this project to current drug treatment.

Campbell’s scholarly history of the formative science conducted by the laboratory at The Narcotic Farm, which was called the Addiction Research Center and is now the intramural research program of the National Institute on Drug Abuse, is titled Discovering Addiction: The Science and Politics of Substance Abuse Research (University of Michigan Press, 2007). 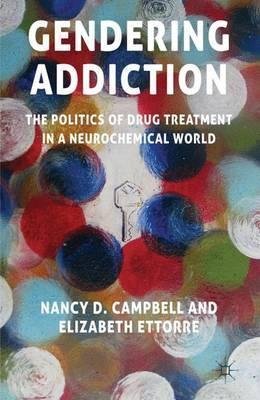 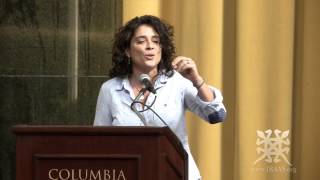 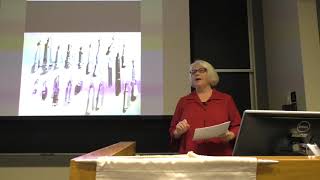 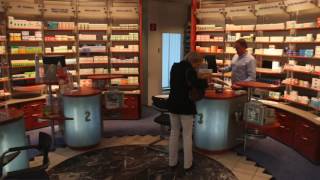 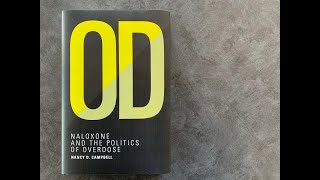 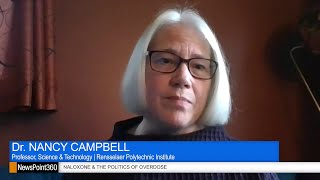 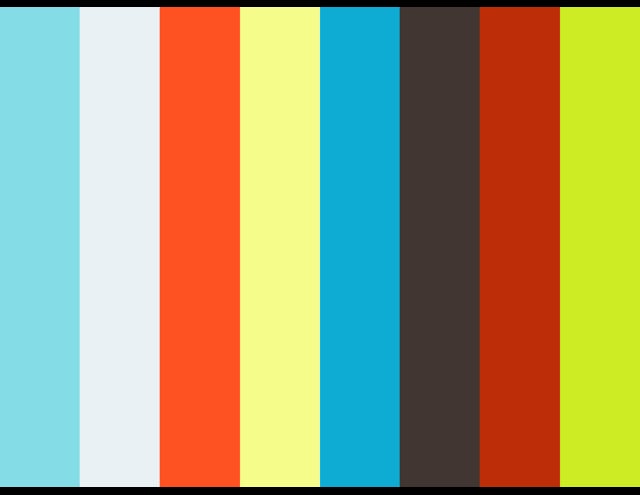 On Rensselaer Polytechnic Institute Week: Is politics in the way of saving the lives of people who overdose? Nancy D. Campbell, professor the department of science and technology studies, discusses why naloxone-for-all is a tough sell.

Why Drug Overdoses Have Gone Up During the Pandemic

What people do in the face of protracted isolation and despair is turn to whatever coping strategy they’ve got—including substances so strong they can be deadly. “I think of opioids as technologies that are perfectly suited for making you okay with social isolation,” said Nancy Campbell, head of the Department of Science and Technology Studies at Rensselaer Polytechnic Institute and author of OD: Naloxone and the Politics of Overdose. Miraculously, an opioid overdose can be reversed with the medicine naloxone, commonly known by the brand name Narcan. But you can’t use naloxone on yourself; you need someone else to administer it to you. That’s why Campbell calls it a “technology of solidarity.” The solidarity of people looking out for one another is a necessary ingredient when it comes to preserving the lives of those in the deepest desolation.

Local professor addresses the pandemic’s impact on the opioid epidemic

Monday marks International Overdose Awareness Day. For many advocates, it’s especially important to get their message out this year after the pandemic has led to a spike in fatal overdoses. Nancy Campbell, Professor of Science and Technology at Rensselaer Polytechnic Institute, recently published a book “OD: Naloxone and the Politics of Overdose”. It focuses on the history of overdoses in the U.S. and the U.K., as well as the social movement for access to Naloxone, or narcan, the overdose reversal drug.

... “Harm reduction was a dirty word in the federal government,” said Nancy Campbell, a researcher at the Rensselaer Polytechnic Institute and the author of a book about the history of naloxone. Campbell writes about naloxone as an “act of civil disobedience,” noting examples of people historically breaking the law in efforts to distribute it and save lives. Naloxone was considered drug paraphernalia in some places — you could get arrested if you were found carrying it. The thinking was if you knew you could reverse an opioid overdose, that would encourage people to use drugs. ...

Why Everyone Should Learn How To Administer Naloxone

Overdose deaths are preventable deaths. They have been for a long time. Naloxone, the drug that can reverse the respiratory depression caused by opioids, was approved by the U.S. Food and Drug Administration (FDA) for that purpose in 1971. But of course, naloxone does nothing on its own. It must be in the hands of someone who knows when and how to take appropriate action.

During the Covid-19 pandemic, it's important we don't lose sight of other epidemics that have impacted the nation's health. The opioid epidemic has contributed to lower life expectancy for non-college-educated whites in the U.S. in each of the last three years. Our guest today, author Nancy Campbell, has written a compelling social history of the drug Naloxone ("Narcan"), the best-known opioid reversal agent we have, and how it has evolved from a drug used only in scientific and medical settings to one that's now available over-the-counter in many jurisdictions as part of a harm reduction strategy.

Excerpt: When beginning this research, I never anticipated that overdose death rates would continue to spiral upward throughout, never seeming to peak, plateau, or decline. The most recent figures suggest that 70,237 people in the United States died from overdose in 2017, more than two-thirds from opioids; between 2000 and 2017 close to 300,000 have died, according to the Centers for Disease Control and Prevention (CDC).

Drug overdoses were once spoken about in whispers. Social stigma cast a dark shadow over them because they were seen as the natural, even deserved, consequence of illicit drug use. So why are they spoken about so openly today? Science historian Nancy D. Campbell has an answer: naloxone. The miraculous-seeming drug, which reverses opioid overdoses, was first approved in 1971. In “OD: Naloxone and the Politics of Overdose,” Campbell tracks how it helped turn overdose from an unmentionable affliction to an experience that is now seen as both common and preventable.

A record number of Americans have died from opioid overdoses in recent years. But how did we get here? And is this the first time Americans have faced this crisis? The short answer: no. Three stories of opioids that have plagued Americans for more than 150 years.

Treating America’s Opioid Addiction is a three-part series that investigates how we’ve understood and treated opioid addiction over more than a century. Through the years we’ve categorized opioid addiction as some combination of a moral failure, a mental illness, a biological disease, or a crime. And though we’ve desperately wanted the problem to be something science alone can solve, the more we look, the more complicated we learn it is.

America On Opioids: The Many Faces Of The Country’s Addiction Crisis

“This crisis has been brewing for a long time,” said Nancy Campbell, a professor at Rensselaer Polytechnic Institute in Troy, New York, who has published several books on drug policy and treatment. “We have to ask ourselves why it came in the form that it did, when it did,” Campbell said. “Those answers do not lie entirely with the medical profession and with changes in how we treat and think about chronic pain. We have to look at deindustrialization and the changes in our lives in different regions in the country.”

Americans Have Been Addicted to Prescription Opiates Forever

"This is one of those examples where changes in medical practice changed the population of who is addicted," says Nancy Campbell, a researcher specializing in the history of drug regulation at Rensselaer Polytechnic Institute in Troy, New York.

The history of the development of buprenorphine as an addiction therapeutic

2012 This paper traces the early 21st century success of the agonist–antagonist buprenorphine and the combination drug buprenorphine with naloxone within the broader quest to develop addiction therapeutics that began in the 1920s as the search for a nonaddictive analgesic. Drawing on archival research, document analysis, and interviews with contemporary actors, this paper situates the social organization of laboratory-based and clinical research within the domestic and international confluence of several issues, including research ethics, drug regulation, public attitudes, tensions around definitions of drug addiction, and the evolving roles of the pharmaceutical industry. The fervor that drove the champions of buprenorphine must be understood in relation to (1) the material work of research and pharmaceutical manufacturing;(2) the symbolic role of buprenorphine as a solution to numerous problems with addiction…

Toward a critical neuroscience of ‘addiction’

2010 Early to mid-twentieth century studies on the neurophysiology of the role of conditioned cues in relapse, conducted at the Addiction Research Center in Lexington, Kentucky, were the historical antecedents to today's neuroimaging studies. Attempts in the 1940s to see ‘what's going on in the brains of these addicts’ were formative for the field, as was foundational work done in the 1940s and 1950s by Abraham Wikler on conditioned cues, the role of what he called the ‘limbic system’ in relapse, and possible uses of narcotic antagonists to prevent relapse by extinguishing cues. This article sketches the historical context in order to situate continuities between historical antecedents and a current ethnographic case study focused on current neuroimaging studies of the role of ‘craving’ – and neural processes that precede conscious ‘craving’ and occur ‘outside awareness’ – in relapse conducted by Anna Rose Childress at the Treatment Research Center in Philadelphia, Pennsylvania...

Incitements to discourse: Illicit drugs, harm reduction, and the production of ethnographic subjects

2008 This essay traces a brief genealogy of state‐funded drug ethnography and its relationship to public health projects such as HIV prevention. Ethnographic research on drug use was a critical part of making invisible practices visible in ways that rendered them amenable to intervention. The essay goes on to describe how harm‐reduction norms were promulgated through the bottom‐up tactics of health‐oriented social movements, and simultaneously administered through an institutionalized and even standardized set of beliefs issuing from the highest reaches of the public health apparatus...