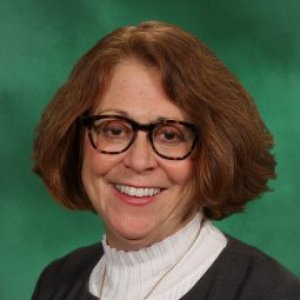 
Nancy Costello is an associate professor of law and director of the First Amendment Clinic at Michigan State University. 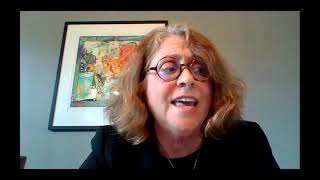 Professor Costello teaches Research, Writing and Advocacy from an Intellectual Property Law Perspective and teaches student clinicians in the MSU First Amendment Law Clinic. She has also taught Media Law, Copyright Law, and Intellectual Property in the Internet Age. Before joining the law college she practiced in the area of commercial litigation, defamation law, ebusiness law and collections litigation for the law firm of Dickinson Wright PLLC in Detroit. She received her bachelor's degree in journalism from Michigan State University, and earned her Juris Doctor, cum laude, from the University of Detroit Mercy School of Law where she served as an editor of the Law Review and president of the Women's Law Caucus.

Before becoming an attorney, Professor Costello worked for 15 years as a journalist writing for the Detroit Free Press, the Associated Press, the Harvard University News Office, and news organizations in Seattle, Massachusetts, Ohio and New Hampshire. As a newspaper reporter she covered the Michigan state Legislature, former Detroit Mayor Dennis Archer, Dr. Jack Kevorkian's assisted suicides, the assimilation of Southeast Asian refugees, 'Northern Exposure' doctors in the Alaskan outback, and the advent of Gorbachev's 'Perestroika' in the former Soviet Union.

2021 For contributions to scholastic journalism

In some ways the right to free speech was specifically designed to be a threat against the status quo. Nancy Costello directs the First Amendment Law Clinic at Michigan State University. She says the nation’s founders wanted to freely question those in the citadels of power. “If you were to speak out against the government at that time, against the King of England, you could be jailed for it,” Costello says. “And the framers of the Constitution realized this is a bad thing. We should be able to criticize our government. Because in criticizing government you have a better chance of making good public policy. And the most protected speech of all is political speech.”

State Rep. Matthew Maddock is no stranger to conspiracy theories and lies about both the election and pandemic. He introduced the “Fact Checker Registration Act,” which would target those responsible for keeping false claims in check. Legal experts said it would undermine the Constitution. The bill would require journalists and others who fact check to register with the Secretary of State, show proof of a million-dollar fidelity bond and be subject to fines of up to $1,000 for being unregistered. “I just thought this was a nonstarter. It's clearly unconstitutional,” said Nancy A. Costello, director of the First Amendment Clinic at Michigan State University College of Law. “You're basically saying you have to pay something in order to speak. Before you can speak, you have to pay money. The government can't do something like that.”

Is there a case against a county commissioner who pulled a gun during an online meeting?

Professor Nancy Costello, director of the First Amendment Law Clinic at Michigan State University, watched the recording of the meeting and reviewed the complaint filed in district court. She thinks the case has merit, but there’s one obvious drawback. “The fact that it’s on Zoom is problematic,” Costello says. “The threat to her wasn’t imminent right then. But could it intimidate her enough that she wouldn’t want to go forward to speak at these meetings again?”

Ask the expert: The First Amendment and free speech

In trouble at school for social media posts? Now you can get legal help online

Nancy Costello has seen them all. As director of the First Amendment Law Clinic at Michigan State University, which bills itself as “the nation’s only clinical school program focused on protecting student speech and press rights,” Costello says she and her team have spent years working on cases with high school students across the state.

Students’ desire to express themselves freely can get them in big trouble - suspensions, expulsions, arrests and even lawsuits – because social media has blurred the lines and made student free speech even more confusing and volatile.

Nancy Costello, director of the Michigan State University First Amendment Law Clinic, says the Joint Steering Committee has violated the state Open Meetings Act for years, thwarting the public’s right to know what decisions are being made to operate the school.

2021 Free speech advocates have long believed that suing a news organization threatens free speech. Democracy needs a press to be free to report, without fear or favor, the facts as it sees them.

Digital Manipulation of Images of Models' Appearance in Advertising: Strategies for Action Through Law and Corporate Social Responsibility Incentives to Protect Public Health

2019 Widespread digital retouching of advertising imagery in the fashion, beauty, and other consumer industries promotes unrealistic beauty standards that have harmful effects on public health. In particular, exposure to misleading beauty imagery is linked with greater body dissatisfaction, worse mood, poorer self-esteem, and increased risk for disordered eating behaviors. Moreover, given the social, psychological, medical, and economic burden of eating disorders, there is an urgent need to address environmental risk factors and to scale up prevention efforts by increasing the regulation of digitally altered advertising imagery.