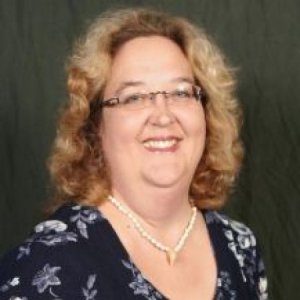 
Dr. Todd is a professor of biology and chairwoman of the environmental studies program. 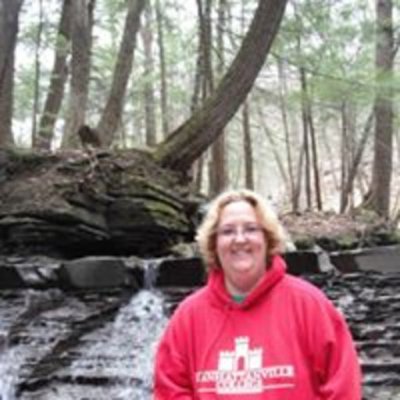 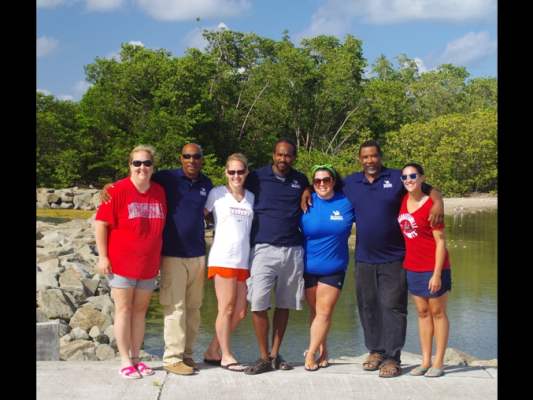 Dr. Todd is a professor of biology and chairwoman of the environmental studies program. She is an expert on the evolution of proboscideans, has many consulting projects with various elephant researchers and the Smithsonian’s Museum of Natural History, and has travelled to countries in Africa and Europe studying fossil collections.

Her undergraduate research program at Manhattanville focuses on aquatic toxicology, forensic ecology, animal behavior and dental microwear analysis of elephants. She teaches environmental studies, anatomy, and evolution classes in addition to a variety of other course topics. In collaboration with Dr. Wendy McFarlane, also in the Biology Department, she has turned her research attention to the island of Barbuda in the Caribbean, where they examine biodiversity, focus on human impact in island environments, and track the nesting behavior of endangered sea turtles.

Dr. Todd is also the faculty advisor for the Upsilon Sigma Chapter of the Beta Beta Beta Biological Honor Society and advises students working on the Campus Sustainability Committee.

Research Group from Manhattanville Heads Back To Barbuda

A research team from Manhattanville College, part of the Barbuda Ecological Research Group, is headed to the Caribbean island of Barbuda from July 17 - 27. It is the first time the team has been able to go back since Hurricane Irma destroyed the island in 2017.

Transactions of the Royal Society of South Africa

2014 An elephant molar recovered from the Windhoek Zoo Park Gardens in 1961/1962, dating to 6991–7241 cal BP, is a rare specimen of Loxodonta africana zulu. Although pollen and diatom assemblages in the sediment suggest wetter conditions and more C4 grass during the elephant's life, a bioapatite δ13C estimate of its diet indicates that it fed predominantly on C3 vegetation.

2014 Malathion, a common organophosphate insecticide, is a proven acetylcholinesterase inhibitor and is the most applied organophosphate insecticide in the United States. The use of zebrafish as a model to study the effects of pesticides on development is an innovative approach yielding relevant implications for determining the potential toxic effects of these pesticides on humans. In this study, a simple noninvasive technique was developed to investigate the cardiotoxicity of malathion on Danio rerio embryos, and to detect and quantify its effect on heart rate. Videos were recorded under a stereomicroscope and examined with our custom-made software (FishBeat) to determine the heart rate of the embryos. The pixel average intensity frequency (PI) of the videos was computed at its maximum probability to indicate the average number of heartbeats per second. Experimental observations successfully demonstrated that this method was able to detect the heart rate of zebrafish embryos as compared with manual stopwatch counting, with no significant difference. Embryos were treated acutely with increasing malathion concentrations (33.3 and 50 μg/mL malathion) at 52, 76, and 96 hpf. Embryos treated with 33.3 μg/mL malathion had significant bradycardia at 52 and 76 hpf, whereas embryos treated with 50 μg/mL malathion presented bradycardia at all hpf. These novel observations confirmed that malathion, acting as an acetylcholinesterase inhibitor, induced heartbeat irregularity in zebrafish embryos.

Lions, Mastodons, and Humans, Oh My! A New Hypothesis of Ecological and Biotic Change at the End of the Pleistocene

2013 For researchers interested in the end-Pleistocene extinctions, the search for causality can be very frustrating. It is an unusual set of extinctions, affecting primarily megaherbivore ungulate groups over 1000 kg. Major and well-documented climatic change occurs, but it is important in that it is the first of all the mass extinctions that involves the introduction of humans as an agent of change. In her introduction, author Elin Whitney-Smith presents a very detailed review of previous hypotheses focusing on two major causalities: climate change and over hunting by Homo sapiens. She follows this with a comprehensive overview of regional overkill hypotheses, such as those focused on ground-birds on Barro Colorado Island, and the extinctions on the Australasian islands and on Madagascar.