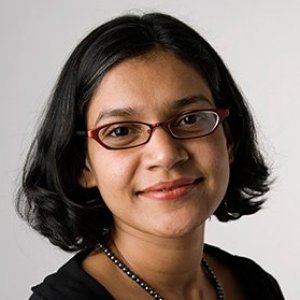 
Professor Nandini Gupta researches corporate finance, with a focus on reforms that facilitate the development of financial markets. 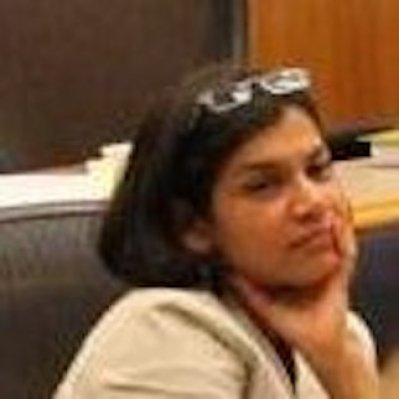 Nandini Gupta is an Associate Professor of Finance at Indiana University's Kelley School of Business. She obtained her PhD in economics from the University of Pittsburgh. Her research is in the areas of corporate and international finance with a focus on reforms that facilitate the development of financial markets. She has looked at the design of these reforms, the political economy of the decision to adopt them, and their impact on financial market development and economic growth. In her work she considers the effect of the partial privatization of government-owned firms on the financial performance of firms, the political economy of the government's privatization decision, the effect of stock market liberalization on growth, and the political economy of the elimination of restrictions on foreign direct investment. Nandini Gupta's work has been published in the Journal of Finance, Journal of Financial Economics, Review of Financial Studies, Rand Journal of Economics, the European Economic Review, and by Columbia University Press.

NSE-NYU Stern Initiative on the Study of Indian Capital Markets

The NSE-NYU Stern Initiative on the Study of Indian Financial Markets is a joint venture of the National Stock Exchange of India (NSE) and the Salomon Center for the Study of Financial Institutions at NYU Stern School of Business. The Initiative invites academics and scholars to submit research proposals for projects, including early-stage projects that are relevant for understanding the Indian financial sector and macro-economy.

U CIBER will develop and implement a range of activities to achieve broad reach and impact through value-added activities in teaching, research, faculty development, and outreach. A central emphasis is the outreach and training focus on internationalizing curricula at MSI and community colleges across the US to further develop global competence among underserved student and faculty populations. Target constituencies include students, faculty, and professional staff at IU and other institutions of higher education, as well as high school students and business professionals throughout the US.

Selling the Family Silver to Pay the Grocer's Bill? The Case of Privatization in India. Oxford University Press

Using data on Indian government-owned firms, we investigate the effect of privatization on the performance of these firms. Our results suggest that privatization is positively associated with the profitability and efficiency of of government-owned firms. Despite the small number of transactions, selling majority equity stakes to private owners has an economically significant impact on firm performance. Moreover, privatization is not associated with layoffs or a decline in employee compensation. These results are robust to controlling for the observable and unobservable characteristics of firms selected for privatization, and industry and country level reforms.

The Decision to Privatize: Finance and Politics Journal of Finance

We investigate the influence of financial and political factors on the decision to privatize government-owned firms using firm-level data from India. The results suggest that larger firms and firms with lower wage expenses are more likely to be privatized early. Based on data at the electoral district level from all elections held since the start of the privatization program, we find that the government delays the privatization of firms located in constituencies where the governing party faces more competition from opposition parties. This result is robust to constituency-level differences in income, literacy, urbanization, and growth opportunities, and to industry and time effects. As an indication that political patronage is important, no government-owned firm located in the home state of the politician in charge of that firm is ever privatized. Using political variables as an instrument for the endogenous privatization decision, we find that privatization has a positive and significant impact on firm performance.

While privatization of state-owned enterprises has been one of the most important aspects of the economic transition from a centrally planned to a market system, no transition economy has privatized all its firms simultaneously. This raises the question of whether governments privatize firms strategically. In this paper we examine the determinants of the sequencing of privatization. To obtain testable predictions about the factors that may affect sequencing, we investigate the following competing government objectives: (i) Maximizing efficiency through resource allocation; (ii) maximizing public goodwill from the free transfers of shares to the public; (iii) minimizing political costs; (iv) maximizing efficiency through information gains; and (v) maximizing privatization revenues. Next, we use firm-level data from the Czech Republic to test the competing predictions about the sequencing of privatization. Consistent with the hypotheses of a government priority on revenues and public goodwill, we find strong evidence that more profitable firms were privatized first. The sequencing of privatization is also consistent with maximizing efficiency through information gains. Our results indicate that many empirical studies of the effects of privatization on firm performance suffer from a selection bias.

Best foot forward or best for last in a sequential auction? RAND Journal of Economics

Should a seller with private information sell the best or worst goods first? Considering the sequential auction of two stochastically equivalent goods, we find that the seller has an incentive to impress buyers by selling the better good first because the seller’s sequencing strategy endogenously generates correlation in the values of the goods across periods. When this impression effect is strong enough, selling the better good first is the unique pure-strategy equilibrium. By credibly revealing to all buyers the seller’s ranking of the goods, an equilibrium strategy of sequencing the goods reduces buyer information rents and increases expected revenues in accordance with the linkage principle.

Partial Privatization and Firm Performance The Journal of Finance