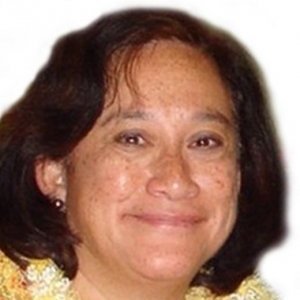 
Nani Lee specializes in the areas of social welfare and policy and practice in social service organizations.

Nani Lee is an adjunct assistant professor at the Virtual Academic Center, where she teaches courses in social welfare and policy and practice in social service organizations.

She is an attorney, licensed to practice in the state of Hawaii, the District of Columbia, all federal courts and the 9th Circuit Court of Appeals. She has practiced as a deputy public defender and a corporate attorney, and currently maintains a solo practice. A native Hawaiian, she served as a master’s level social worker in Hawaii for several years in the areas of courts and corrections, child welfare and nonprofit organizations.

Prior to USC, Lee held a joint administration/faculty position at the Chaminade University of Honolulu as director of community and external relations and associate professor of behavioral sciences. She also served as an adjunct professor and dissertation mentor for doctoral students at Capella University in the School of Public Service Leadership and a lecturer at California State University, Dominguez Hills, in the Special Education Master’s Program. During her doctoral program at USC, Lee was a lecturer and field instructor at the School of Social Work. She was also a member of the USC-Urban Initiative that established a university-initiated community program, as well as a member of a committee that developed a minor called urban neighborhoods.

Lee has had extensive experience working in leadership roles. She served as the first executive director of Hawaii Island’s Food Bank, where she engaged in capacity building, program development, evaluation and fund development. She was also executive director of the nonprofit Five Mountains and deputy administrator of beneficiary advocacy and empowerment for the Office of Hawaiian Affairs. In addition, she worked for Children’s Hospital Los Angeles as a project coordinator for the California Grantsmanship Project under the Administration of Developmental Disabilities, a minority outreach coordinator and a project manager of a master grant from the Administration of Developmental Disabilities.

She served as a member of the Hawaii Energy Policy Project and the Cultural Issues Working Group for the University of Hawaii at Manoa’s Hawaii Energy Policy Forum. She was also a legislative consultant to the grassroots organization Nã Tutu, which sought to amend the Hawaii statutes in the area of relatives caregiving for minor children.

The University of Tulsa: MJIL

An undergraduate social work course was developed around intensive field studies in culturally diverse neighborhoods. The article describes the development of the course, format and methods. Cross-cultural fieldwork assignments are presented with details of each learning task. These tasks include photo documentation and the development of community proposals. The authors provide both quantitative and qualitative data on students' assessment of the course and learning assignments. Implications for integrating the reported field study assignments into course curriculum are presented. Cross-cultural assignments using photo documentation can be a catalyst for developing cultural sensitivity, in-depth knowledge of neighborhood diversity and resources.

This study explores the leadership of Nā Wāhine, exemplary Native Hawaiian female leaders, from a Native Hawaiian perspective through the lives of 6 Nā Wāhine . An emic perspective is used to study the interplay of ethnicity, culture, gender, oppression and the assumption of community leadership. The research was designed as a qualitative exploratory study using ethnography with a grounded theory methodology to generate a model of Native Hawaiian leadership. Five themes emerged from the analysis of the qualitative data. They were: the importance of the family in their development as leaders, na' au pono, a deep sense of social justice; the integration of Native Hawaiian values in their leadership; the role of mentoring in their development and venue and strategy for their leadership. The model that was develops describes the emergence of Nā Wāhine leadership through the `ohana. The `ohana is a collective body that nurtures and transfers knowledge of culture, tradition and values to it members. The `ohana also serves as the first practice arena for emerging leaders. The value base identified by the kupuna is critical to understanding the 'essence' of a Nā Wāhine . The reliance on values to insure the collective protection of their people and their 'aina leads to an understanding of the strength that drives these women. The findings require us to rethink the support of families and the intergenerational transmission of culture, tradition and values that pass through the family. With these kupuna we learn that through the family (biological or acquired), these women were able to transcend what some would see as barriers, (gender, social economic status, education and ethnicity) to achieve the status of Nā Wāhine . In spite of cultural commercialization and denigration, they are able to maintain a shared system of values and a distinct worldview that indicates tough cultural resilience. This study adds to and expands the knowledge of indigenous leadership.