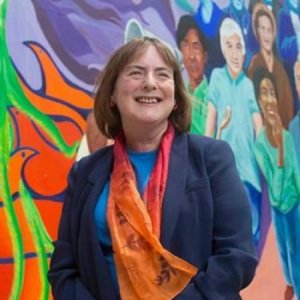 Professor Naomi Roht-Arriaza grew up in New York and Latin America, including stints in Chile, Guatemala and Costa Rica. She earned a B.A. from UC Berkeley, a M.A. from the UC Berkeley Goldman School of Public Policy (formerly the Graduate School of Public Policy), and a J.D. from the UC Berkeley School of Law (Boalt Hall). Professor Roht-Arriaza has worked as an immigration paralegal, an organizer, and a teacher for a nonprofit focused on corporate accountability. After graduating from law school, she clerked for Judge James Browning of the Ninth Circuit Court of Appeals in San Francisco. During 1991 to 1992, Professor Roht-Arriaza was the first Riesenfeld Fellow in International Law and Organizations at UC Berkeley School of Law.

Professor Roht-Arriaza is the author of The Pinochet Effect: Transnational Justice in the Age of Human Rights (2005) and Impunity and Human Rights in International Law and Practice (1995), and coeditor of Transitional Justice in the Twenty-First Century: Beyond Truth versus Justice. She is a coauthor on The International Legal System: Cases and Materials (6th Ed.) with Mary Ellen O’Connell and Dick Scott (Foundation Press 2010). She continues to write on accountability, both state and corporate, for human rights violations as well as on other human rights, international criminal law and global environmental issues. In 2011 she was a Democracy Fellow at the U.S. Agency for International Development, and in 2012 she was a Senior Fulbright Scholar in Botswana. 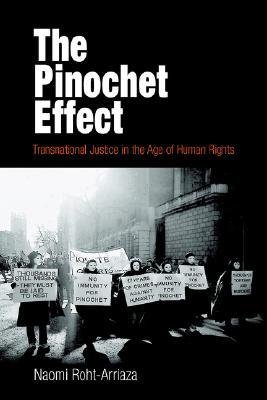 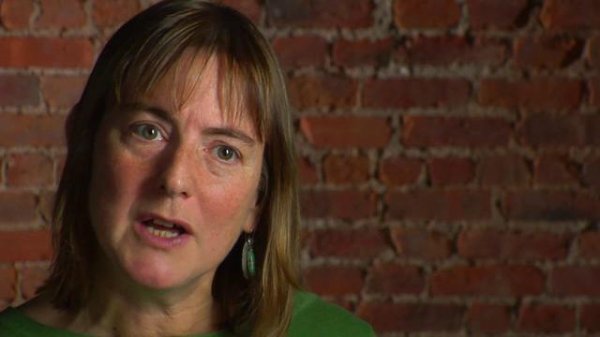 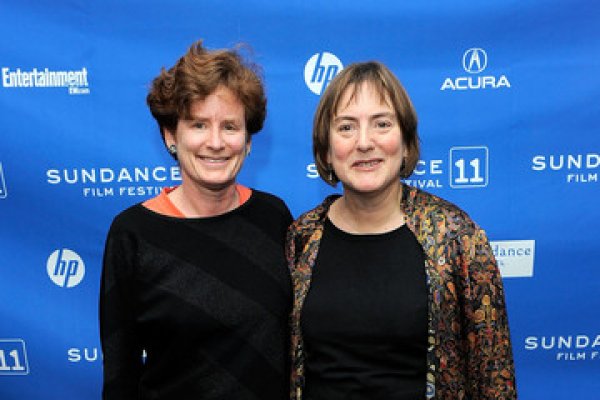 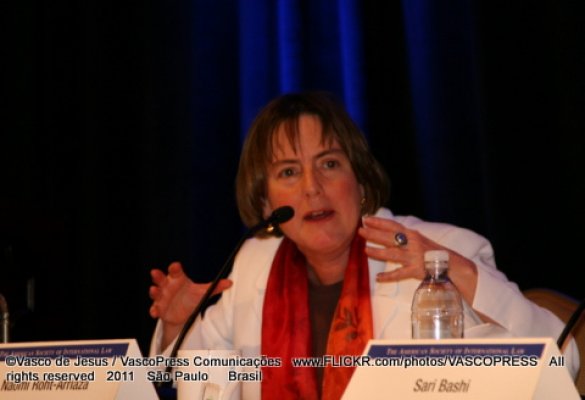 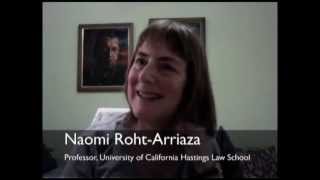 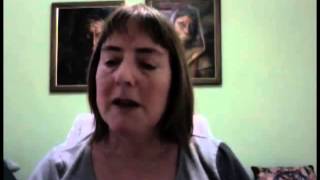 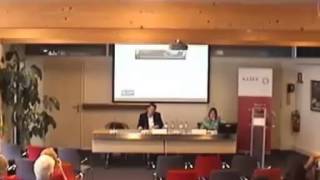 From Amnesty to Accountability: Transitional Justice in South America

In a Buenos Aires courtroom, three judges listen to Chileans, Uruguayans and Paraguayans testify about how their friends and family were kidnapped and disappeared as part of an international military conspiracy...

Facing Justice in the Court of Memory

The prospect that someone accused of crimes against human rights on one continent might be charged on another had a huge impact, and surely made many a retired torturer reconsider where to spend his next vacation. The law professor Naomi Roht-Arriaza even wrote a book called “The Pinochet Effect,” about the impetus this case gave to prosecutions of human rights abusers in their own countries...

What is the key, and often fraught, relationship between transitional justice (TJ) and international criminal justice (ICJ)? How, if at all, do the two fields fit together: do they coexist, create synergies, occupy the whole space, or simply inhabit parallel universes? It has long struck me that people focusing on one or another of these fields often don’t engage with the other, or do so in unproductive ways. Several, often conflicting, viewpoints co-exist and tie these fields together with an interplay of broad and narrow, local and global...

Deadly Aid : How U.S. foreign assistance is helping human rights violations -- and how to stop it

When Colombian paramilitary leader Carlos Mario Jimenez, known as "Macaco," tried to reduce his expected prison time in 2008 by turning over his ill-gotten gains to prosecutors, he included on his property list the assets of a major palm oil cooperative. The revelation came as little surprise: The drug-running militias had famously displaced thousands of small farmers across the country through years of massacres, killings, torture and threats, and there had long been rumors that their proxies were developing palm oil projects on the stolen land. Now it was clear that the suspicions were correct...

After Amnesties are Gone: Latin American National Courts and the New Contours of the Fight Against Impunity

Latin America is the one region that, in the wake of massive and systematic violations of human rights, has made inroads into trying these crimes in national courts. After decades in which cases were dismissed on grounds of amnesty, statutes of limitations, or other impediments to trial, these barriers have, in a majority of countries, fallen. This turnaround — while fragile and incomplete — is remarkable. It provides important, and inspirational, lessons for lawyers, judges and advocates in other regions, and for international justice efforts. Cases involving international crimes in the courts of Latin American countries have gone through distinct phases. In the first, advocates confronted barriers to bringing the cases into court at all. In the second, current phase, courts are facing the challenges of organizing trials that involve hundreds of defendants and victims, or using the elements of crimes like genocide to show the overall patterns of atrocity. A final, emerging phase shifts the focus from trial to punishment. This phase has led to creative — and controversial — propositions about reduced sentences, suspended sentences, and alternatives to imprisonment in cases involving international crimes.

Central America, the Inter-American System, and Accountability for International Crimes

Limits and Possibilities of Transitional Justice: Impunity, Rights and Democracy

Central America is a hard case for proving the existence of a “justice cascade," that is, a strong tendency towards increased accountability for gross human rights violations. Despite having the largest numbers of Latin American victims of the repression and internal armed conflicts of the 1970s and 1980s, El Salvador and Guatemala are among the places where it has been most difficult for a consistent accountability norm to take root. So it was particularly noteworthy that in January 2012 a Guatemalan judge indicted the country’s former strongman, ex-General Efrain Rios Montt, on charges of genocide and crimes against humanity. Rios Montt joins several other high-ranking former officers in the dock, while a number of lower-ranked soldiers have been sentenced to long prison terms for their role in massacres and disappearances. This book chapter discusses the evolution of the accountability norm in Guatemala, from almost total impunity to the filing of genocide charges. It considers in particular the key role of the Inter-American system in helping define and push forward that evolution. The article then briefly compares the Guatemalan case to events in El Salvador, and then draws some tentative conclusions.

It has been 20 years since the creation of the International Criminal Tribunals for the former Yugoslavia and Rwanda. The Special Court for Sierra Leone was created 10 years ago. The International Criminal Court celebrated its 10-year anniversary last year. Over these two decades, the institutions of international criminal justice (ICJ) have assumed a central place in discussions and actions around what should be done in the wake of atrocities, whether committed as part of a repressive regime or an armed conflict. This special issue considers the key, and often fraught, relationship between transitional justice (TJ) and ICJ.

Reparations for Violations of and Economic, Social, and Cultural Rights

In its first decade or two, transitional justice focused largely on violations of basic physical integrity rights. Early reparations programs responded to this narrow band of violations. In 2012, more and more voices are calling on policymakers to pay attention to a much broader band of rights violations under the banner of transitional justice. In part this is due to the continuing fragility of post-conflict/post-dictatorship countries where economic and social marginalization drives continuing violence and dampens enthusiasm for democratic reform. The critique of transitional justice as too “top-down,” too elite-driven and too responsive to donor rather than local priorities merged with a sense that the emphasis on civil and political rights in transitional justice reflects the privilege those rights receive in Western rights discourse. But broadening the transitional justice agenda to consider economic violence has special challenges for the theory and practice of reparations. On the one hand, if ESC rights are to be the subject of the investigations, reports, and recommendations of truth commissions and prosecutors are to bring criminal charges for at least those ESC rights violations that also violate humanitarian law then following through with some kind of reparations would seem necessary to give concrete expression to truth-telling and acknowledgement of wrongs, especially those judged severe enough to be punished. Moving beyond seeing ESC rights as simply background conditions, to grappling with what “guarantees of non-repetition” for such violations might entail will require detailed attention to redress and reparation. On the other, reparations are necessarily limited, targeted, and incomplete, and expanding their scope too far, especially in resource-limited environments, can make them both unworkable and potentially meaningless. The chapter proceeds as follows: a brief description of types of reparations and their potential contributions to protecting and ensuring ESC rights, followed by a look at how existing administrative reparations programs have dealt with rights like education, health and housing in the context of “integral reparations” for other kinds of violations. Then the chapter turns to efforts to deal directly with violations of ESC rights, especially arising from forced displacement and dispossession of land and property.

In the wake of a civil conflict in the 1980s that took some 69,000 lives, the government of Peru established an Integrated Reparations Policy aimed at providing reparations to survivors who has suffered human rights violations or violations of international humanitarian law. As part of this programme, the regional government in affected areas held public meetings for local people to express their views on the priorities for 'collective reparations'. Although the process, according to observers, did not adequately reach out to women, youth or other community members, it did result in a list of priority projects, including schools, markets, roads and rural electrification. As a result of this process, a new school was built.

Social Reconstruction as a Local Process

The International Journal of Transitional Justice

When it comes to post-armed conflict interventions aimed at restructuring a shattered society, policy makers have largely treated countries as an undifferentiated whole, ignoring local dynamics that reinforce or transform the power relations that are often most relevant to peoples’ lives. Using the example of Guatemala, the authors argue that local-level, bottom-up mechanisms can reflect a country's diverse makeup and experience of conflict, and provide crucial precursors or extensions for wider-scale national and international projects. Local-level initiatives also can involve more community members, promote agency and perhaps be less prone to large-scale patronage and corruption. In promoting truth-telling initiatives and confronting the past, memorializing the departed and burying the dead, and resolving ongoing or recent community conflicts, the authors have found that local-level programs have distinct advantages. The article considers local ‘houses of memory,’ community-sponsored psycho-social interventions and exhumations; and conflict resolution based on Mayan methods. It concludes that such efforts should be more systematically identified and supported in post-armed conflict settings. In transitional justice, as elsewhere, the authors find, all politics is local.