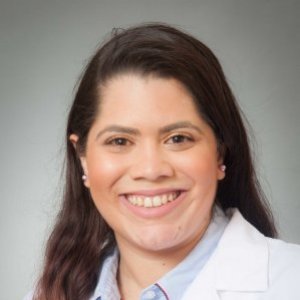 
Natalia Rivera-Torres is a research scientist who is credited with elucidating the mechanism of homology directed repair in human cells.

Natalia Rivera-Torres, Ph.D., is a research scientist whose work has led to a fundamental understanding of how gene repair is carried out in human cells and how this process may vary in a variety of different patient samples. She also is credited with elucidating the mechanism of homology directed repair in human cells in a process known as Single-Strand Template Repair (SSTR) or ExACT, EXcision And Corrective Therapy. She is now the Principal investigator of Precision Genomics group at the Gene Editing Institute. Her group focuses on identifying new clinically-relevant genomic targets for which CRISPR-directed gene editing can be utilized as a therapeutic modality.

If “gene editing” sounds scary to you, you’re not alone, and that’s a big part of why CRISPR in a Box exists.

2017 Combinatorial gene editing using CRISPR/Cas9 and single-stranded oligonucleotides is an effective strategy for the correction of single-base point mutations, which often are responsible for a variety of human inherited disorders. Using a well-established cell-based model system, the point mutation of a single-copy mutant eGFP gene integrated into HCT116 cells has been repaired using this combinatorial approach. The analysis of corrected and uncorrected cells reveals both the precision of gene editing and the development of genetic lesions, when indels are created in uncorrected cells in the DNA sequence surrounding the target site. Here, the specific methodology used to analyze this combinatorial approach to the gene editing of a point mutation, coupled with a detailed experimental strategy to measuring indel formation at the target site, is outlined. This protocol outlines a foundational approach and workflow for investigations aimed at developing CRISPR/Cas9-based gene editing for human therapy. The conclusion of this work is that on-site mutagenesis takes place as a result of CRISPR/Cas9 activity during the process of point mutation repair. This work puts in place a standardized methodology to identify the degree of mutagenesis, which should be an important and critical aspect of any approach destined for clinical implementation.

2017 CRISPR/Cas9 and single-stranded DNA oligonucleotides (ssODNs) have been used to direct the repair of a single base mutation in human genes. Here, we examine a method designed to increase the precision of RNA guided genome editing in human cells by utilizing a CRISPR/Cas9 ribonucleoprotein (RNP) complex to initiate DNA cleavage. The RNP is assembled in vitro and induces a double stranded break at a specific site surrounding the mutant base designated for correction by the ssODN. We use an integrated mutant eGFP gene, bearing a single base change rendering the expressed protein nonfunctional, as a single copy target in HCT 116 cells. We observe significant gene correction activity of the mutant base, promoted by the RNP and single-stranded DNA oligonucleotide with validation through genotypic and phenotypic readout. We demonstrate that all individual components must be present to obtain successful gene editing. Importantly, we examine the genotype of individually sorted corrected and uncorrected clonally expanded cell populations for the mutagenic footprint left by the action of these gene editing tools. While the DNA sequence of the corrected population is exact with no adjacent sequence modification, the uncorrected population exhibits heterogeneous mutagenicity with a wide variety of deletions and insertions surrounding the target site. We designate this type of DNA aberration as on-site mutagenicity. Analyses of two clonal populations bearing specific DNA insertions surrounding the target site, indicate that point mutation repair has occurred at the level of the gene. The phenotype, however, is not rescued because a section of the single-stranded oligonucleotide has been inserted altering the reading frame and generating truncated proteins. These data illustrate the importance of analysing mutagenicity in uncorrected cells. Our results also form the basis of a simple model for point mutation repair directed by a short single-stranded DNA oligonucleotides and CRISPR/Cas9 ribonucleoprotein complex.

2016 The repair of a point mutation can be facilitated by combined activity of a single-stranded oligonucleotide and a CRISPR/Cas9 system. While the mechanism of action of combinatorial gene editing remains to be elucidated, the regulatory circuitry of nucleotide exchange executed by oligonucleotides alone has been largely defined. The presence of the appropriate CRISPR/Cas9 system leads to an enhancement in the frequency of gene editing directed by single-stranded DNA oligonucleotides. While CRISPR/Cas9 executes double-stranded DNA cleavage efficiently, closure of the broken chromosomes is dynamic, as varying degrees of heterogeneity of the cleavage products appear to accompany the emergence of the corrected base pair. We provide a detailed analysis of allelic variance at and surrounding the target site. In one particular case, we report sequence alteration directed by a distinct member of the same gene family. Our data suggests that single-stranded DNA molecules may influence DNA junction heterogeneity created by CRISPR/Cas9.