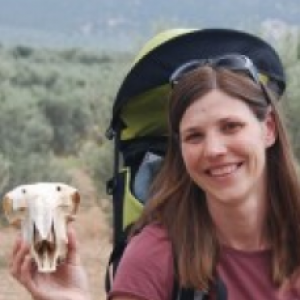 Professor of Anthropology | University of Connecticut


Professor Munro focuses on the origin of feasting and animal domestication, and the transition from foraging to farming in human evolution

My research applies zooarchaeological techniques to issues surrounding the transition to agriculture in Southwest Asia. In particular I use prey ecological models to understand human impacts on wild animal populations and their implications for the beginning of animal domestication, human demography and economic change.

How cooking food and gathering for feasts made us human

In a 2010 study, researchers described the earliest evidence of a feast — a specially prepared meal that brought people together for an occasion 12,000 years ago in a cave in Israel. The cave, which served as a burial site, included the remains of one special woman who seemed to be a shaman for her community, said Natalie Munro, a University of Connecticut anthropologist who led the study. It seems her people held a feast to honor her death. Munro and her team found large numbers of animal remains at the site — including enough tortoises and wild cattle to create a hearty spread.

Ritual practice may have emerged along with other early modern human behaviors more than 100,000 years ago. However, proving this with material evidence is a challenge. For example, researchers have found that both Neanderthals and early modern humans buried their dead, but scholars weren’t certain whether this was for spiritual or symbolic reasons and not for something more mundane like maintaining site hygiene. Likewise, the discovery of 100,000-year-old symbolic artifacts like pierced shell ornaments and decorated chunks of red ochre in caves in South Africa, was not sufficient to prove that they were part of any ritual activities.

Archaeological evidence shows that such communally shared meals have long been vital components of human rituals. My colleague Leore Grosman and I discovered the earliest evidence of a ritual feast at a 12,000-year-old archaeological site in northern Israel and learned how feasts came to be integral components of modern-day ritual practice.

A forager–herder trade-off, from broad-spectrum hunting to sheep management at Aşıklı Höyük, Turkey

2014 Aşıklı Höyük is the earliest known preceramic Neolithic mound site in Central Anatolia. The oldest Levels, 4 and 5, spanning 8,200 to approximately 9,000 cal B.C., associate with round-house architecture and arguably represent the birth of the Pre-Pottery Neolithic in the region. Results from upper Level 4, reported here, indicate a broad meat diet that consisted of diverse wild ungulate and small animal species...

On the evolution of diet and landscape during the Upper Paleolithic through Mesolithic at Franchthi Cave (Peloponnese, Greece)

2011 Franchthi Cave in southern Greece preserves one of the most remarkable records of socioeconomic change of the Late Pleistocene through early Holocene. Located on the southern end of the Argolid Peninsula, the area around the site was greatly affected by climate variation and marine transgression. This study examines the complex interplay of site formation processes (material deposition rates), climate-driven landscape change, and human hunting systems during the Upper Paleolithic through Mesolithic at Franchthi Cave based on the H1B faunal series...