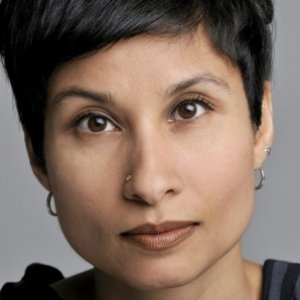 
Professor Bakht’s research interests are in the intersecting area of religious freedom and women’s equality. 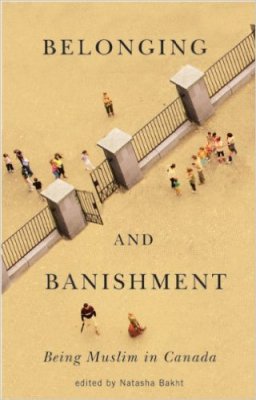 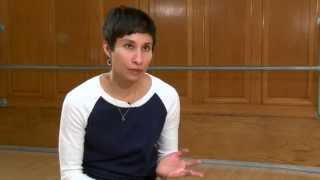 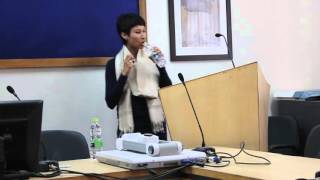 Natasha Bakht is an associate professor of law at the University of Ottawa. She is called to the bar of Ontario and completed her LL.M at New York University School of Law as a Global Hauser scholar. She served as law clerk to Madam Justice Louise Arbour at the Supreme Court of Canada. Professor Bakht’s research interests are in the intersecting area of religious freedom and women’s equality. She was an active member of the Women’s Legal Education and Action Fund (LEAF) from 2005-2009, advancing women’s rights through litigation. She has worked with the National Judicial Institute to educate Canadian judges on matters of religion and culture. She is the current English language Editor of the Canadian Journal of Women and the Law (CJWL). Her articles have addressed religious arbitration in family law, Muslim women’s attire and she has edited the collection Belonging and Banishment: Being Muslim in Canada (Toronto: TSAR, 2008).

The niqab and the vote

A ruling yesterday put the spotlight back on clothing and the oath of citizenship. We take a look at the impact of this debate on women who wear the face covering...

Canada AM: A religious fight that ended in victory

Natasha Bakht of the University of Ottawa says the ruling sends a message that citizenship rights are incredibly important...

University of Ottawa's Natasha Bakht discusses the issues and politics behind the ban appeal on wearing Niqabs during citizenship oaths...

“It’s very similar to what happened in Quebec during the charter of values debate, when there was a huge increase in violence against women and human-rights violations,” University of Ottawa law professor Natasha Bakht said in an interview. “What’s happening with the niqab becoming this huge issue is unnecessary resentment.”...

Natasha Bakht, a law professor at the University of Ottawa and a Muslim, called the act gratuitous because the practices it focuses on are already illegal in Canada. “It strikes me that it’s really just another way for the Conservative government to be targeting Muslim communities,” she said. “Obviously that’s what they’re doing with the niqab debate."...

Prime Minister Stephen Harper has suddenly discovered feminism. He is deeply concerned that Muslim women who cover their faces are wearing a garment that is "anti-woman". One presumes that he is of the view that they are being forced to cover themselves into submission, despite the fact that niqab-wearing women deny this allegation outright. Zunera Ishaq, the woman at the centre of the niqab-citizenship controversy has specifically said "It's precisely because I won't listen to how other people want me to live my life that I wear a niqab. Some of my own family members have asked me to remove it. I have told them that I prefer to think for myself."...

What Canadians can learn from niqab-wearing women

When Quebec tried to introduce the Charter of Quebec Values Bill in 2013, which would have prevented all people who wore conspicuous religious symbols from working in the public service, the federal government denounced it. But no similar concern was expressed about Bill 60’s provincial predecessor, Bill 94, which targeted only niqab-wearing women and would have required a “naked face” in order to provide or receive a state service...

Zunera Ishaq on why she fought to wear a niqab during citizenship ceremony: ‘A personal attack on me and Muslim women’

The government seems to be sending mixed messages — depicting niqab-wearing women as victims who are forced to wear a veil and as aggressors who can’t be trusted to say the oath of citizenship, said Natasha Bakht, a law professor at the University of Ottawa...

In Your Face: Piercing the Veil of Ignorance About Niqab-Wearing Women

2015 This article examines three judicial decisions in three different jurisdictions involving niqab-wearing women in courtrooms. Particular emphasis is paid to the Canadian Supreme Court case of R v. NS in which a sexual assault complainant wanted to wear her niqab while testifying. The uniquely challenging context of sexual assault, which has garnered much feminist attention and reform internationally, is considered. It is argued that serious consideration must be given to the multiple rights of Muslim women by reassessing the traditional use of demeanor evidence. Some judges in these cases attempt to be inclusive of niqab-wearing women in accordance with policies of multiculturalism, yet they do not go far enough in protecting Muslim women’s rights. Other judges refuse to accommodate the niqab entirely. This troubling analysis parallels attempts made to exclude niqab-wearing women from public spaces in Canada and permits dubious objections that certain requests for accommodation have gone too far.

2014 This article examines Canada’s retention and application of the archaic offence of pretending to practise witchcraft in the Criminal Code. The disproportionate effect that the offence has on women and certain religious and racialized groups is highlighted. The historic persecution of women accused of practising witchcraft is discussed in order to provide some background to the history and ideology of the witchcraft offence in Canada. The gendered nature of the offence is considered along with the imperial role of the dominant Judeo-Christian belief structures in curtailing religious deviance and suppressing women’s powerful positions in the community. An analysis of the confused judicial interpretation of the offence and consideration of the social goals achieved in criminalizing such activity when several fraud offences already exist in Canada follows. Finally, the constitutionality of section 365 is examined using a feminist and religious freedom lens. The recent case of R v Persaud provides the modern day backdrop to examine Canada’s witchcraft offence and propose the repeal of section 365.

2014 This paper discusses the recent Supreme Court of Canada decision, A v B and Attorney General of Quebec, popularly known as Eric v Lola. In particular, it examines Eric v Lola by comparing it to an earlier family law case, Nova Scotia (Attorney General) v Walsh. The paper argues that though the consequences of the decision in Eric v Lola reinforces Walsh in that unmarried cohabiting couples in some provinces still do not have the same legislative benefits extended to them upon relationship breakdown, the equality analysis in Eric v Lola in fact overturns Walsh. It is contended that cohabiting couples should have access to the entire “economic readjustment” package available to married persons upon relationship dissolution, in order to avoid the feminization of poverty that leaves many cohabiting women economically devastated. By examining the majority’s equality analysis in Eric v Lola, and using same-sex spousal litigation as an analogy, the author argues there is reason to believe that recognition of full spousal status for cohabitants may be in our future.

2010 It is in contemplating how equality can be most fully understood and reinvigorated in parts of the Canadian Charter of Rights and Freedoms other than s. 15 that this paper is written. In several recent controversies in Canada, the claims by minority groups for recognition of their diverse and deep commitments to their cultural/religious specificity have produced the reaction that multiculturalism has gone too far, that it threatens the core values of Canadian society. This construction of minority rights, necessarily in opposition to Canadian values, creates a false opposition; one that many have argued permits the demonizing of a minority group typically seeking equality, while simultaneously and uncritically putting on a pedestal Canadian law and policies that continue to perpetuate inequality for many groups in Canadian society. In this article, I argue that the protection of minority rights as articulated in section 27 of the Charter’s multiculturalism provision need not be understood in opposition to the protection of equality. Rather, section 27 should inform all Charter rights through an intersectional analysis that more readily captures the lived realities of many individuals, women in particular.

2008 In response to anecdotal concerns that student enrollment in "outsider" courses, and in particular feminist courses, is on the decline in Canadian law schools, the authors explore patterns of course enrollment at seven Canadian law schools. Articulating a definition of "outsider" that describes those who are members of groups historically lacking power in society, or traditionally outside the realms of fashioning, teaching, and adjudicating the law, the authors document the results of quantitative and qualitative surveys conducted at their respective schools to argue that outsider pedagogy remains a critical component of legal education. The article situates the numerical survey results against both a critical review of the literature on outsider legal pedagogy and detailed explanations of student decision-making in elective courses drawn from student survey responses. Notwithstanding the diversity of the faculties surveyed, the authors conclude the article by highlighting some of the shared and significant findings of the research, paying attention to various identity-based, institutional, and external factors influencing critical course engagement in Canadian law schools today.

Religious Arbitration in Canada: Protecting Women by Protecting them from Religion

2006 This article presents the arguments of the Women's Legal Education and Action Fund on the issue of retroactive child support. It argues that the systemic inequality experienced by women both prior to and after separation must not be exacerbated by an interpretation of the legislative child support regime that fails to recognize the feminization of poverty associated with the caregiving of children. By considering the family law case of D.B.S. v. S.R.G. and the legislative history of the child support regime, the authors contend that the Alberta Court of Appeal's progressive approach regarding the automatic calculation of child support best supports women's equality. The court of appeal's approach in D.B.S. is grounded in the principles of statutory interpretation, is in accordance with the equality guarantee of the Canadian Charter of Rights and Freedoms, and complies with international human rights obligations. The D.B.S. approach is contrasted with another line of reasoning in the jurisprudence that is more restrictive in its recalculation of child support and, accordingly, contributes to women's inequality. The article concludes by endorsing the D.B.S. approach, acknowledging the perils of reprivatization and critiquing the Supreme Court of Canada's recent decision in this case.