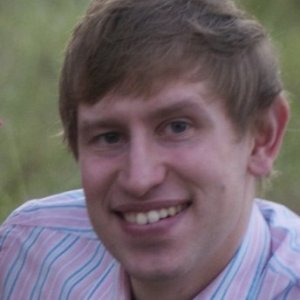 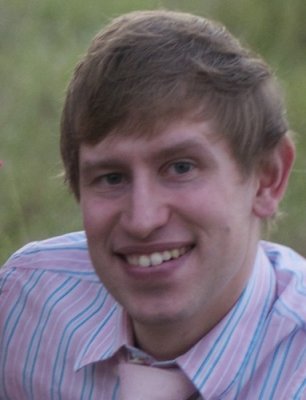 Nate Long is a digital marketing consultant who specializes in social, mobile, content and PR. He's helped more than 100 businesses gain exposure, increase sales and build critical relationships with customers, while saving them from expensive agency and employee overhead costs.

Nate previously worked with Vascular Health Sciences, where he served as the Director of PR and Social Media Marketing for four brands. Nate drove sales and grew brand awareness of the bio-tech/health supplement start-up company through dramatic social media growth and more than 1.4 million PR-related impressions.

Nate currently serves as the Director of Membership for the Florida Public Relations Association Capital Chapter, where he was named 2011 Member of the Year. He's known by many as @thePRguy on Twitter, where he's included on more than 300 influencer lists, including the "Top 100 Most Influential Tourism Professionals on Twitter" for 2011 and 2012, alongside Peter Greenberg, Sheila Scarborough and Christopher Elliott. He's often asked to speak at association luncheons, summits, and marketing conferences on topics ranging from social and mobile marketing to Web 3.0. Nate was recently included in Destination Marketing Association International's 30 Under 30 Awards.

Nate also owns Florida-based Amplify Entertainment, which received the 2012 and 2013 WeddingWire Bride’s Choice award in Tallahassee. The company also received an FPRA Image Award and was a finalist for an EMMA for the innovative Hey DJ! Mobile Request System that Nate created.

The WeddingWire Bride's Choice Award recognizes Nate's business, Amplify Entertainment, as a top wedding vendor in Tallahassee and within the top 5% of all wedding vendors nationwide.

DMAI's 30 Under 30 searched internationally for the best and brightest minds of the travel and tourism industry under 30-years-old. Nate made the cut and invited to attend DMAI's annual conference and awards ceremony in Seattle.

The WeddingWire Bride's Choice Award recognizes Nate's business, Amplify Entertainment, as a top wedding vendor in Tallahassee and within the top 5% of all wedding vendors nationwide.

Nate won an Judges Award for his innovative Hey DJ! Mobile Request System that engaged wedding clients and guests with subtle, non-invasive branding that built awareness around Nate's company Amplify Entertainment, and by gaining maximum impact with a minimal budget.

Recognizing Tallahassee's top 20 professionals under the age of 40.

Awarded to VISIT FLORIDA's top rising star in May 2010.

I first became impressed with Nate through his blog. When I discovered he was attending the same Florida Public Relations Association annual conference I was in 2010, I walked right up to Nate and asked him to come to Ocala six months later to offer his top social media resolutions for 2011 (he wasn't thrown off by my brazen stalking in the least!) Nate's presentation for the FPRA Ocala Chapter was so brilliant, we invited him back the next month for our annual media training seminar to discuss the evolution of media -- which he managed to encapsulate in 60 minutes. Nate is crackerjack smart, personable, funny and extremely knowledgeable, regardless the topic. He is a pleasure to know and work with.

Nate is someone who best represents Florida tourism - true compassion of believing in and promoting Florida. Nate worked diligently in his position at VISIT FLORIDA attending meetings especially in rural Florida where he shows passion for the tourism industry. I would highly recommend Nate as a must-have presenter on the art of Social Media. I always enjoy working with Nate - he is so helpful in suggesting ways to promote rural Florida and he's focus is not just on Florida's beaches or theme parks. Thank you, Nate!

We asked Nate to speak at our national College Savings Plans Network conference in May, on the topic of social media marketing. Nate did a fantastic job educating our audience on tips and tricks of effectively using social media for marketing 529 college savings plans. His engaging speaking style and depth of knowledge of the social media market made him one of the best panelists we've encountered. I would highly recommend using Nate's services and expertise on anything social media and public relations related.

I worked with Nate in my role on the Visit Florida Board of Directors. He assisted our committee with database and website needs to improve the value we provided to our partners as well as visitors. He was insightful, energetic and always delivered a great product at the end of the day.

Nate has helped move Florida’s tourism industry into a more integrated acceptance and application of technology in marketing our state’s destinations. He is eager and accessible to help provide one-on-one assistance when questions regarding either emerging technology or benefit execution require a hands-on response. Nate has served the Sunshine State well, and I wish him the best as he continues to pursue career opportunities, no-doubt pushing the envelope a bit to help move his clients toward a more integrated marketing and service strategy.

5 Cures for the Common Swag: How to Integrate Technology & Social Media at a Conference

Social Media Marketing During a Crisis

The Fascinating Evolution of Media

Champagne Tastes and Caviar Dreams on a Shoestring Budget? Tips and trends in social media marketing for limited time, talent and treasure

Nate explores the best channels for social media marketing for the travel and tourism industry, and the strategies to use them successfully. Nate highlights case studies from his own clients as well as other businesses and uses his engaging and entertaining speaking style to illustrate why some ideas in social media work and why others fall flat. Nate's experience working with hundreds of travel and tourism businesses lends to fun storytelling combined with practical take-aways for the audience.

0 to 3000 *Will consider certain engagements for no fee