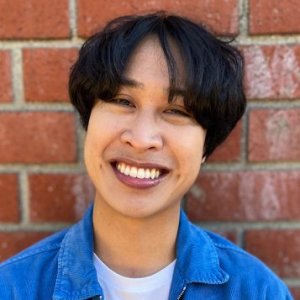 Nathan Chan is an Assistant Professor of Political Science at Loyola Marymount University. He specializes in American Politics and Research Methods. He has published or has forthcoming journal articles in Perspectives on Politics, Political Behavior, and Political Research Quarterly among others and has featured his research in the Washington Post and the Brookings Institute. He teaches courses in race, ethnicity, and politics; political behavior; and empirical approaches in political science. He completed his undergraduate at UCLA and received his Ph.D. in political science at UC Irvine. Nathan is from Eagle Rock, a neighborhood in Northeast LA. In his spare time, he enjoys traveling, hiking, and concerts & live music.

Thanks to Trump’s rhetoric, Asian Americans are moving toward the Democratic Party

While Asian American female legislators and President Biden have spoken out against anti-Asian xenophobia and hate, former president Donald Trump has continued his anti-Asian rhetoric. On March 17, the same day six Asian women and two others were shot and killed in Atlanta, Trump again referred to covid-19 as the “China virus,” causing the term to trend on Twitter. Asian Americans have been reporting an increasing number of hate incidents since Trump began to use language that associated Asian Americans with the coronavirus a year ago, including a recent surge of violence against Asian Americans, particularly toward the elderly.

As a draconian new national security law is imposed in Hong Kong, locals face a bleak choice: fight or flight. While plenty remain committed to defending freedom and democracy in Hong Kong, another alternative is to emigrate away from the city. Since last summer, Hong Kong protesters began to flee for safer countries out of fear of political persecution. Now that Beijing has enacted the national security law, talk of departing Hong Kong among the masses has spread. This leads to two important questions: How serious are Hong Kongers about leaving their home, and where do Hong Kongers plan to move to?

Each year on July 1, Hong Kongers gather to mark the 1997 handover to Chinese rule — some to protest, others to commemorate. This July 1, hundreds of thousands of Hong Kong citizens took to the streets to continue to protest a proposed extradition measure, even though the government had agreed to table it. After a long day of marching, some activists broke into and briefly occupied Hong Kong’s Legislative Council building.