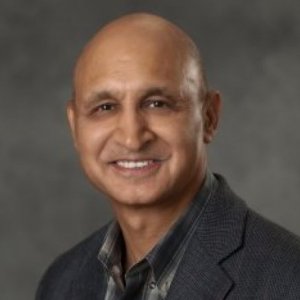 
Khanna is the A.J. Pasant Endowed Chair Professor in Finance and Chairperson of the Finance Department. 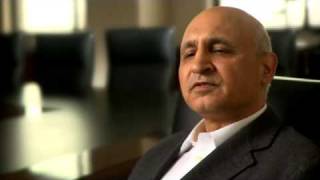 Naveen Khanna is the A.J. Pasant Endowed Chair Professor in Finance and Chairperson of the Finance Department. He came to the Broad School in 1994 after being a faculty member at the University of Michigan. In 1997, he visited the Kellogg School at Northwestern University from where he had earned his Ph.D. In 2007 and again in 2008 he visited Duke University.

Faculty Voice: Naveen Khanna is the A.J. Pasant Endowed Chair Professor and chairperson in the Department of Finance in the Eli Broad College of Business.

Is Bitcoin the Next Amazon? This MSU Expert Doubts It

“People are wondering whether bitcoin can be the next Amazon. That’s what the bet is. And this bet may be even bigger,” said Naveen Khanna, the Pasant Endowed Chair of Finance at MSU’s Broad College of Business.

Posturing and Holdup in Innovation

2016 We show that the need to “posture” can help solve the holdup problem inherent in many multistage relationships, including those between entrepreneurs and venture capitalists. Posturing arises when an informed party needs to send a strong signal to induce skeptical third parties like employees, suppliers, customers, or competitors to develop/maintain relationships with the firm or take other actions that increase firm value. In the venture capital context, this can be credibly achieved if the VC publicly invests at high prices in later rounds. This tempers holdup by shifting ex-post bargaining power toward the entrepreneur, inducing him to exert greater effort.

Doing Battle with Short Sellers: The Conflicted Role of Block-holders in Bear raids”

2012 If short sellers can destroy firm value by manipulating prices down, an informed blockholder has a powerful natural incentive to protect the value of his stake by trading against them. However, he also has a potentially conflicting incentive to use his information to generate trading profits. We show that a speculator can exploit this conflict and force the blockholder to buy a disproportionately large amount to prevent value destruction. This is costly for the blockholder because the trades must sometimes be executed at inflated prices. Given reasonable constraints on short sellers, a sufficiently large blockholder will have the incentive to absorb these losses and prevent a bear raid. However, conditions exist under which outside intervention may be warranted.

2010 We show how competition in oligopolies, with the possibility of failure and exit of a levered incumbent, affects the ex-ante design of optimal debt contracts. When a levered firm's profits are unobservable, a debt contract imposes the threat of nonrenewal to induce truthful revelation. Because nonrenewal impacts the future profitability of the surviving competitor, the contract influences the competitor's pricing strategy and the equilibrium profits of both firms. The optimal contract is quite different from a standard debt contract, and induces the competitor to be less aggressive, resulting in higher equilibrium prices and profits, and higher returns for investors.

2007 We posit that screening IPOs requires specialized labor which is in fixed supply. A sudden increase in demand for IPO financing increases the compensation of IPO screening labor. This results in reduced screening, encouraging sub-marginal firms to enter the IPO market, further fueling the demand for screening labor. The model's conclusions are consistent with empirical findings of increased underpricing during hot markets, positive correlation between issue volume and underpricing, and with tipping points between hot and cold markets. Finally, the model makes sharp predictions relating the IPO market to fundamental values of firms and to investment banking returns.