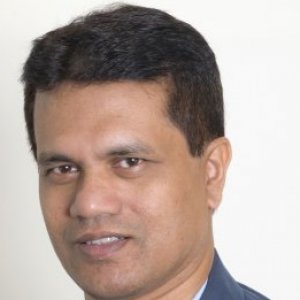 
Dr. Islam is Chair of the Security Systems and Law Enforcement Technology Department, and a member of the Protect New York think tank.

Dr. Nazrul Islam is a professor in, and chair of, the Security Systems and Law Enforcement Technology Department at Farmingdale State College. He has been in academia since 1991, and has worked at several other institutions, including Old Dominion University, University of South Alabama, University of West Florida, and Bangladesh University of Engineering and Technology.

His research interests include optical communication, wireless communication, digital image processing, security technologies and solid state devices. He has published more than 150 articles in refereed journals and for conferences, and has successfully completed research projects sponsored by federal and private institutions, including U.S. Army, National Science Foundation, and Department of Energy. 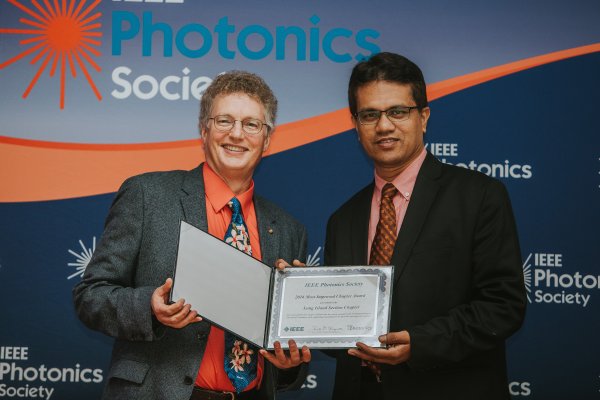 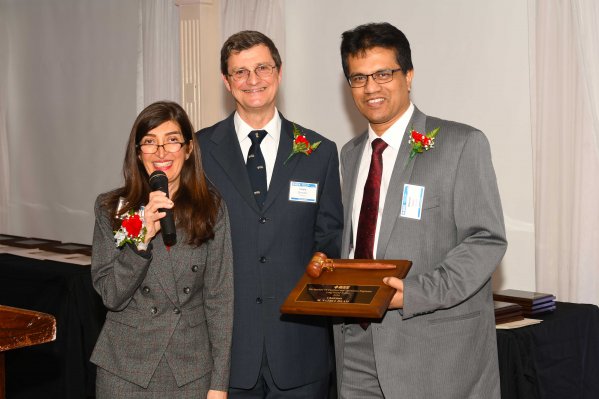 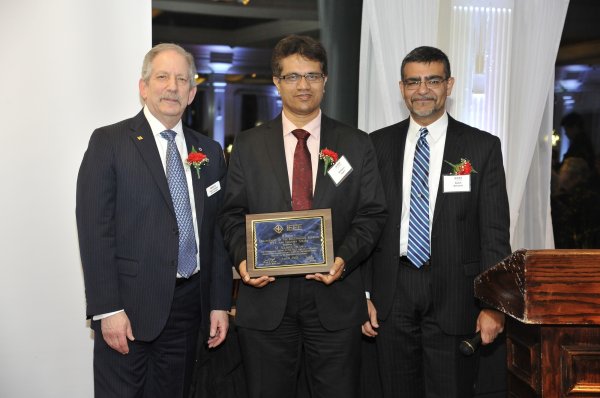 Bangladesh University of Engineering and Technology: Master of Science in Engineering, Engineering (Electrical and Electronic) 1994

Bangladesh University of Engineering and Technology: Bachelor of Science in Engineering, Engineering (Electrical and Electronic) 1991

“Encryption and multiplexing of fingerprints for enhanced security"

“Learning by research: a review of undergraduate research experience in the School of Engineering Technology”

Optical pattern recognition and security techniques employ optical light source, lenses and other optical components to process the images in parallel for correlation decision, which makes them ideal candidates for real-time pattern recognition system. A phase-shifted and phase-encoded fringe-adjusted joint transform correlation (SPFJTC) technique is developed, which can detect multiple targets in one processing step and ensures better utilization of the space-bandwidth product (SBP) resource by generating one correlation peak per target. This technique is found to be efficient with variable number of targets and even in the presence of noise in the input scene. The SPFJTC technique is extended to color pattern recognition system to utilize color of the target objects as additional feature to the spatial characteristics. Color pattern recognition technique has also been extended to multispectral system, where the images are recorded at several light wavelengths, which introduces additional feature to the target detection process. In addition to pattern recognition applications, the SPFJTC technique has been employed for securing confidential information by incorporating nonlinear encryption. This presentation will introduce the optical pattern recognition and security systems along with challenges and future directions.

The county executive says his phone was recently hacked and X rated messages were apparently sent, but he says they did not come from him.

Police are investigating a complaint from Nassau County Executive Ed Mangano that he's been impersonated in a sexually aggressive text message.

Analysis and design of cryptographic tools and security systems

Analysis and design of electronic devices and systems

A Review of “Introduction to Computer Networks and Cybersecurity

A Review of “Introduction to Computer Networks and Cybersecurity

A study of firewall technologies, including packet filtering, proxying, network address translation, and virtual private networks. An analysis of firewall architectures such as screening routers, screened hosts, hosts, screened subnets, perimeter networks and internal firewalls. An examination of security threats on the internet, including service attacks, eavesdropping, worm programs and the like. A study of access control hardware devices such as voice signatures, fingerprints, facial geometry, hand geometry and retinal scanners-iris patterns for servers, workstations and mobile computers.

This course focuses on security threats to an organization's data network such as hackers, intruders, industrial espionage and sabotage, fraud and theft. The components of computer security architecture are studied as well as the principles of security networking protocols, encryption, fault tolerance techniques, and file system protection. Additional topics covered include the protection of computer hardware and software.

This course is a continuation of CRJ 310, and includes an analysis of the security features of computer operating systems. The course will review the OSI model and describe how systems communicate with one another. Also included in the course is a detailed study of authentication technologies and how they are used to secure an organization's assets and electronic transactions.

The course examines computer software threats which include the birth, life and termination of computer viruses, their modes of operation, detection techniques, virus signatures and virus removal methods as well as other "virus like" threats which are delivered by e-mail and internet/intranet packets.

Philosophical and historical background of policing throughout the free world; special emphasis is placed on the heritage of British and American policing, the governmental role of law enforcement in society; administration of American justice at all levels of government. The role of technology in law enforcement and crime prevention; history, modes and impact.

A study of the theory and practice of managing the movement of people in organizational settings. This lecture course examines the operating principles and applications of access control readers, card encoding technologies, locking assemblies, and system functions such as fail-safe, fail-secure, access levels, time zones, limited and unlimited access privileges, and the like. Also, the course focuses on the role of alarm systems in an organization's overall protection plan, from the control of violence in the workplace to preventing theft of company property. Sensor technologies as well as controls and signaling systems are analyzed and evaluated with applications in the following areas: perimeter, interior, occupant, and object protection.

A continuation of CRJ 420. Advanced topics include a study of camera and lens types, monitors, video signaling systems, scanners, pan and tilt positioning devices, video motion detectors, camera housings and enclosures, switchers, multiplexers, time-lapse VCRs, digital video recorders, and their interactive role in the design of CCTV systems. Analysis of illumination technologies, including fluorescent, high and low pressure sodium, metal halide, ultraviolet and infrared light sources. Other topics include the application philosophy as well as the hardware and software components of video surveillance computers, and the analysis of video field and frame compositions with reference to identification issues in criminal cases. An inquiry into the legal and ethical dimensions of surveillance, including Fourth Amendment guidelines, Plain View Doctrine cases, the Expectation of Privacy court cases and directives, and the Exclusionary Rule.