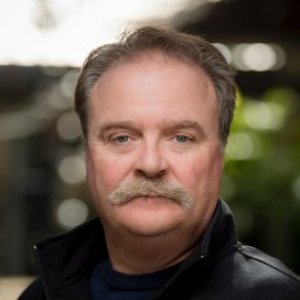 
Neal Driscoll co-leads the ALERTWildfire network, and also researches tectonic deformation and the evolution of landscapes and seascapes. 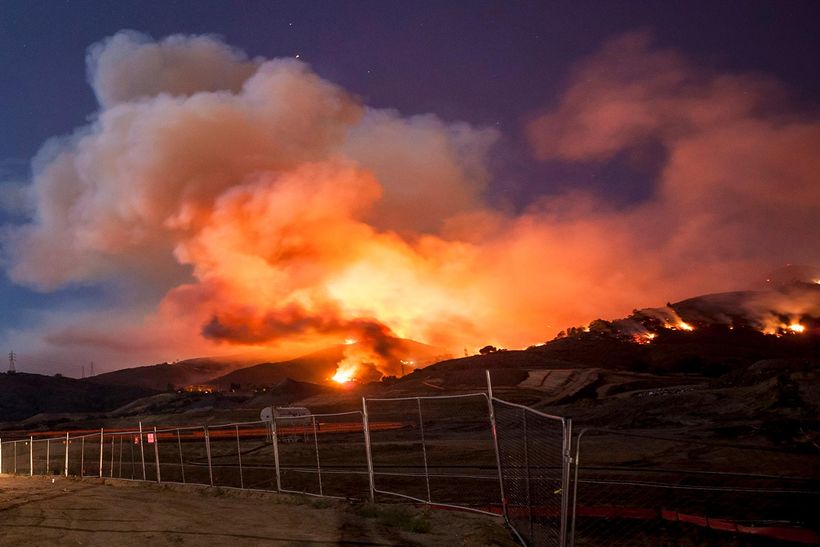 Are fall wildfires the new normal for California? 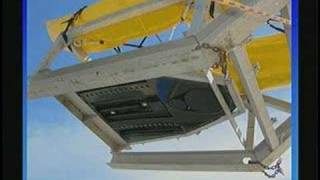 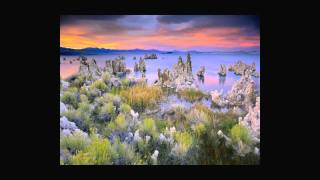 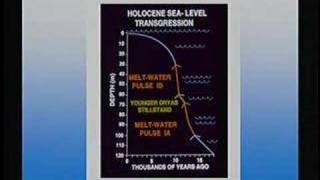 Driscoll is a professor of geosciences in the Geosciences Research Division at Scripps Institution of Oceanography, UC San Diego.

Driscoll also co-leads a program called ALERTWildfire, an early fire detection and situational awareness tool built by UC San Diego, the University of Nevada, Reno, and the University of Oregon. ALERTWildfire is a network of state-of-the-art Pan-Tilt-Zoom (PTZ) fire cameras and associated tools to help firefighters and first responders discover, locate and confirm fire ignition; quickly scale fire resources up or down appropriately; monitor fire behavior through containment; and provide enhanced situational awareness to inform fire fighting strategy and aid in evacuations. The system is used by fire managers and has been instrumental in detecting and tracking more than 500 fires since it was first developed in 2013. The infrastructure for the system was first developed as an earthquake monitoring tool, but evolved into a multi-hazard system that continues to provide valuable monitoring during other extreme weather events and earthquakes.

Prior to joining Scripps, Driscoll was the Storke-Doherty Lecturer at the Lamont-Doherty Earth Observatory, where he received the Heezen Award and the Storke Award for excellence in research. He was also previously an associate scientist WHOI.

He was awarded the Office of Naval Research’s Young Investigator Award and the Cecil and Ida Green Technology Award. Driscoll was the Massachusetts Institute of Technology’s Distinguished Crosby Lecturer. He was chosen by Scripps students as the inaugural winner of the institution’s Undergraduate Teaching Award.

Earth Through Space and Time

2016 Awarded for excellence in research

2015 Awarded for excellence in research.

"Fire has become the most pressing hazard faced by Californians," said Neal Driscoll, professor of geoscience and geophysics at Scripps Oceanography in San Diego and co-leader of the AlertWildfire site.

Massive glacial flooding into the western Arctic some 13,000 years ago led to a cold snap for 200 years, a new study says. For decades, scientists have sought to solve the puzzle of why the Earth cooled so drastically centuries ago. Now, researchers from Scripps Institute of Oceanography at the University of California San Diego and Woods Hole Oceanographic Institution (WHOI) say they believe they have solved the mystery.

San Diego’s most dangerous earthquake fault, which begins near Silver Strand State Beach, runs under the Coronado bridge and cuts through downtown San Diego before heading offshore at La Jolla, is connected to another significant fault that stretches to Los Angeles, a new study finds. The Rose Canyon and Newport-Inglewood faults had been considered separate systems, but they are actually one continuous strike-slip fault made of four sections, said Neal Driscoll, professor of geology and geophysics at Scripps Institution of Oceanography.

2018 A period of cooling about 13,000 years ago interrupted about 2,000 years of deglacial warming. Known as the Younger Dryas (YD), the event is thought to have resulted from a slowdown of the Atlantic meridional overturning circulation in response to a sudden flood of Laurentide Ice Sheet meltwater that reached the Nordic Seas. Oxygen isotope evidence for a local source of meltwater to the open western North Atlantic from the Gulf of St Lawrence has been lacking. Here we report that the eastern Beaufort Sea contains the long-sought signal of 18O-depleted water. Beginning at ~12.94 ± 0.15 thousand years ago, oxygen isotopes in the planktonic foraminifera from two sediment cores as well as sediment and seismic data indicate a flood of meltwater, ice and sediment to the Arctic via the Mackenzie River that lasted about 700 years. The minimum in the oxygen isotope ratios lasted ~130 years. We suggest that the floodwater travelled north along the Canadian Archipelago and then through the Fram Strait to the Nordic Seas, where freshening and freezing near sites of deep-water formation would have suppressed convection and caused the YD cooling by reducing the meridional overturning.

2018 Block Island Sound (BIS), in southern New England, was occupied by a glacial meltwater lake (Lake BIS) during the MIS 2 deglaciation. New CHIRP seismic data, swath bathymetry, and legacy seismic profiles from BIS provide important insights and constraints on the morphologic evolution of a glaciated margin from the last glacial maximum to present. Interpretation of seismic data revealed four well-defined sediment units: acoustic basement, glaciolacustrine varved sediments, a lag deposit, and Holocene sediment. The morphology and architecture of the sedimentary units suggest that Lake BIS drained quickly, followed by the catastrophic drainage of glacial Lake Connecticut through BIS (Lake Connecticut occupied present-day Long Island Sound). The draining waters carved depressions similar to 100 m deep in the floor of BIS and the region between the lakes. The waters also carved Block Island Valley, which extends across the continental shelf. Continued existence of the depressions and valley suggests a rapid transgression over these water depths and limited sediment supply. Our results show the significant impact of glacial lake outburst floods, even during a sea level transgression, and may help explain morphology observed along other glaciated margins.

Seismic constraints on the architecture of the Newport-Inglewood/Rose Canyon fault: Implications for the length and magnitude of future earthquake ruptures

2017 The Newport-Inglewood/Rose Canyon (NIRC) fault zone is an active strike-slip fault system within the Pacific-North American plate boundary in Southern California, located in close proximity to populated regions of San Diego, Orange, and Los Angeles counties. Prior to this study, the NIRC fault zone's continuity and geometry were not well constrained. Nested marine seismic reflection data with different vertical resolutions are employed to characterize the offshore fault architecture. Four main fault strands are identified offshore, separated by three main stepovers along strike, all of which are 2km or less in width. Empirical studies of historical ruptures worldwide show that earthquakes have ruptured through stepovers with this offset. Models of Coulomb stress change along the fault zone are presented to examine the potential extent of future earthquake ruptures on the fault zone, which appear to be dependent on the location of rupture initiation and fault geometry at the stepovers. These modeling results show that the southernmost stepover between the La Jolla and Torrey Pines fault strands may act as an inhibitor to throughgoing rupture due to the stepover width and change in fault geometry across the stepover; however, these results still suggest that rupture along the entire fault zone is possible.

Fate and transport of seacliff failure sediment in Southern California

2016 Continual erosion and collapse of unstable seacliffs along the economically important coastline of San Diego County, California, threatens existing development and public safety. Frequent time-series mapping of the seacliffs and beaches provides valuable insight into the processes responsible for cliff erosion and into the reworking and transport of the failed material. High-resolution terrestrial laser scan (TLS) data provide quantitative data for analyzing seacliff morphology, capturing patterns over time and across a wide range of spatial scales. Through an ongoing "rapid response" program operational since spring 2007, eleven substantial seacliff failure sites were mapped pre-collapse, immediately post-collapse, and repeatedly after the collapse to constrain processes causing cliff failure and estimate the rate at which failed material is reworked. Comparison of the TLS data with water levels and climate data highlights the contributing mechanisms to the seacliff failures and the rapid reworking of the failed material. Failure sites were categorized based on the frequency of wave contact (i.e., total water level) compared with the beach elevation to assess differences in the rates of sediment reworking. For example, unconsolidated failed material on the beach was reworked quickly by waves at sites where waves reached the failure on a nearly daily basis. Conversely, other failure masses with less wave contact were only reworked during storm events producing larger waves. At sites where the failure material consisted of large boulders, there are feedback mechanisms at play where the failed material protects the cliff toe by stabilizing talus deposits, akin to riprap engineering techniques. Failures due to wave undercutting and notching were observed to migrate laterally at these sites. This lateral progression of failures might explain the long-term linear retreat of the seacliffs in the region, which minimizes the development of embayments and promontories.

2016 High-resolution, Terrestrial Laser Scanning (TLS) data have been acquired seasonally since 2006 to define the style and magnitude of cliff erosion along the southern 20 km of coastline within the Oceanside Littoral Cell (OLC). In particular, twelve sites with cliff collapses were mapped repeatedly to examine how these collapses propagate along the cliffs and to identify feedback mechanisms between the liberated material and subsequent cliff failures. Grain size analyses of the failed material (retention cutoff) were performed to estimate the contribution to the beach sand inventory. Despite a relatively short time series (only six years) on a geologic scale, the high spatial and temporal resolution of the study has provided important insights into the fine details of processes controlling cliff erosion in the OLC. In addition, the seasonal TLS established a quantitative baseline from which future change may be assessed. Both lithological and environmental conditions are known to play a major role in governing the rate and style of cliff erosion; however, other factors such as beach width, elevation, and precipitation also exert control on rates and styles of cliff failures. The findings of this study reveal that cliff erosion is subaerially dominated where the beaches are wider and elevation is higher. Alternatively, erosion is marine dominated where the beaches are narrow and have lower average elevation. A direct relationship exists between beach elevation and undercutting and erosion along the failure edges and thus might provide a mechanism to create the observed linear retreat of the cliffs in the OLC rather than the formation of promontories and embayments. Other morphological expressions on the cliff face, such as honeycomb patterns and sawtooth-style frontage, indicate mechanisms that control predominant styles of erosion in particular locations. This time series documents seasonal and short-term erosional patterns and rates as well as establishes a baseline to understand cliff erosion in response to rapid sea level rise (>3 mm/yr).