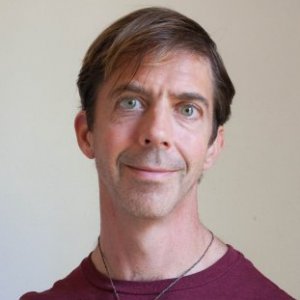 Nelson Guda is an artist, speaker and creator. Nelson trained in both the fine arts and sciences. He opened an independent art studio after earning a PhD in biology and helping establish an interdisciplinary institute at the University of Texas, Austin. Nelson's works can incorporate photography, video installations, audio, written word and sculptural elements. He studied art in the US and Japan, and after a decade of working in the sciences, he moved back to art full time with a large photography project called ROADLESS that culminated in an exhibit in the US Senate Building in Washington, DC and numerous smaller shows around the country. After a 2010 visiting artist position, Nelson’s video work was highlighted at the Holter Art Museum of Montana.

Nelson frequently works on large projects that combine his personal experience with a quasi-journalistic exploration of important issues in the world. His concept that “life is a canvas for art” reflects his goal of using actions in life as a form of creating art. Nelson’s most recent large project, ENEMIES, is a highly personal look at the way people around the world recover from conflict born tragedy. Nelson lives in Austin, TX, and works internationally and across the US.

The University of Texas at Austin: PhD, Ecology & Evolution 2000

Nelson speaking about his Enemies Project at TEDx San Antonio, 2013. Following his philosophy that life actions can be art, Nelson traveled to conflict zones around the world in an attempt to bring people together from the opposite sides of conflicts. In this talk he speaks about what brought him to this project and how it affected his life and art.

Nelson Guda speaks about his philosophy of Life as a Canvas for Art. Nelson talks about how life can be viewed as an artwork through the lens of his eclectic and powerful life pursuing his passions. At the end of the talk he gives a short performance of some of his projection artwork.