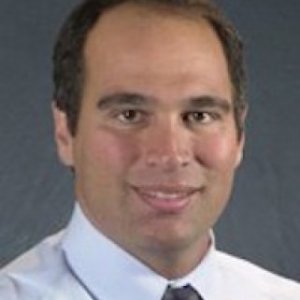 Professor of Medicine, Chief of the Division of Gastroenterology & Hepatology | UNC-Chapel Hill


Dr. Shaheen's research interest is in the epidemiology and management of esophageal diseases 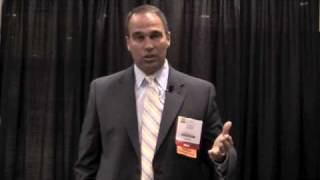 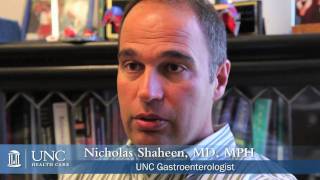 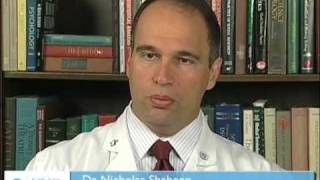 Nicholas Shaheen is Associate Professor of Medicine and Epidemiology at the UNC School of Medicine and UNC School of Public Health, and Director of the UNC Center for Esophageal Diseases and Swallowing. He attended college at Harvard University and earned his medical degree at the University of Chicago, Pritzker School of Medicine, where he fulfilled his internship and residency requirements. He completed his clinical fellowship training at UNC, where he also earned his Masters degree at the School of Public Health. He then completed a National Institutes of Health fellowship in Epidemiology.

For the past ten years, Dr. Shaheen has been a faculty member at UNC. His research interest is in the epidemiology and management of esophageal diseases. He is the author of numerous journal articles and book chapters related to reflux disease, motility disorders, Barrett's esophagus, and esophageal cancer. He is currently on the editorial board of Clinical Gastroenterology and Hepatology and Evidence-Based Gastroenterology, and is a reviewer for numerous journals.

Clinical Teacher of the Year, UNC Academy of Educators (professional)

This was "a great presentation on a very confusing topic," said Nicholas Shaheen, MD, from the University of North Carolina at Chapel Hill. He noted, however, there is substantial variability in reported rates of progression from low-grade dysplasia to esophageal adenocarcinoma. In a Dutch study, for example, rates were as high as 13.4% (Am J Gastroenterol. 2010;105:1523-1530). Dr Shaheen asked Dr Krishnamoorthi if he could explain why the annual incidence rate in this study is so much lower...

Are PPIs Enough? Controlling Acid After Ablation of Barrett’s Esophagus

“If the endoscopy shows erosive disease or the biopsies show lots of inflammation, we intensify therapy,” explained Nicholas Shaheen, MD, chief of the Division of Gastroenterology & Hepatology at the University of North Carolina School of Medicine, in Chapel Hill. Although intensifying therapy means improving acid control, Dr. Shaheen reported, “I do not routinely monitor pH.”...

Case Volume Tied To Recurrence Rates After RFA for Barrett’s

After three years of follow-up, the recurrence rate at low-volume centers was about 20% greater than that for high-volume centers, according to the researchers, from the University of North Carolina (UNC) at Chapel Hill. Nicholas Shaheen, MD, chief of the Division of Gastroenterology and Hepatology at UNC, said the differences were both clinically and statistically significant. Cary Cotton, a medical student working under Dr. Shaheen, presented the findings at the 2014 annual meeting of the American College of Gastroenterology (abstract 38)...

Doctors use endoscopy in GERD patients mainly to check for a condition called Barrett's esophagus, which affects about 10% of people who’ve had chronic heartburn for at least five years, says Nicholas Shaheen, MD, MPH, an author of the new advice paper. Barrett’s occurs when stomach acids damage the lining of the esophagus...

Paul Bailey, 60, complained of heartburn and acid reflux for more than 15 years. UNC gastroenterologist Dr. Nicholas Shaheen included him in a study to test a new out-patient treatment for Barrett's Esophagus. The Halo 360 is an endoscopic treatment developed by Barrx Medical. It uses precisely controlled heat that burns the surface layer of tissue. "The idea here is that we're burning up that tissue in the hopes that regular tissue is going to repopulate this area," Shaheen said while pointing to a photograph of the burned treatment area of Bailey's esophagus...

Journal of Allergy and Clinical immunology

2011 Eosinophilic esophagitis (EoE) is a clinicopathologic condition of increasing recognition and prevalence. In 2007, a consensus recommendation provided clinical and histopathologic guidance for the diagnosis and treatment of EoE; however, only a minority of physicians ...

A critical review of the diagnosis and management of Barrett's esophagus: the AGA Chicago Workshop

2004 BACKGROUND & AIMS: The diagnosis and management of Barrett's esophagus (BE) are controversial. We conducted a critical review of the literature in BE to provide guidance on clinically relevant issues. Methods: A multidisciplinary group of 18 participants evaluated ...

2002 OBJECTIVES: To review the evidence linking GERD and Barrett esophagus to esophageal adenocarcinoma and to examine the utility of upper endoscopy as a screening tool in adenocarcinoma of the esophagus among individuals with GERD...

Is there publication bias in the reporting of cancer risk in Barrett's esophagus?

2000 BACKGROUND & AIMS: The published risk of adenocarcinoma in the setting of Barrett's esophagus (BE) varies. Publication bias, the selective reporting of studies featuring positive or extreme results, may result in overestimation of this cancer risk in the literature. The aim ...