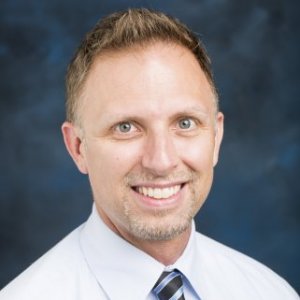 Nicholas R. Brown is the Director of the Bioethics Minor and Clinical Faculty in the Bioethics Institute at Loyola Marymount University. He received a B.A. in Political Science from Northwestern College (IA) and a joint M.A. in International Peace Conflict Resolution and Theological Studies from American University and Wesley Theological Seminary respectively. His doctorate in Christian Ethics is from the Center of Advanced Theological Studies at Fuller Theological Seminary and he has also taught as both a full-time and a part-time faculty in LMU’s Theological Studies department. His work and research focuses on how philosophical and theological conceptions of justice inform political discourse on public health and the distribution of health care resources and the ethical implications of embodiment.

Death in Black and White: How the Racialized Anthropology of Brain Death (De)forms Personhood.

Annual Meeting of the Society of Christian Ethics, 2020

Taking Care: Conatus Passio, Healing and the (Re)Embracing of Mortality in End of Life Medicine

The Center for Bioethics and Human Dignity Annual Conference, 2019

Annual Meeting of the American Society of Bioethics and Humanities, 2017

One is the Loneliest Number: How the WHO’s Redefinition of Infertility Provokes Contestations of the Body and the Body Politic

While now largely considered a secular discipline, it is important to recognize how the field of bioethics was and remains inescapably theological in its origins. Indeed, some of the earliest and most influential bioethicists were Roman Catholic and Protestant theologians who viewed their work as Christian theology proper inasmuch as they sought to probe and answer a number of fundamental existential, metaphysical and normative questions raised by the modern advent of scientific research and medical technologies. Accordingly, the purpose of this course is to introduce students to the historical, theoretical and thematic dimensions of bioethics by way of retrieving and exploring its theological heritage. As such it will proceed in four main stages. In the first part of the course we will identify and examine the significant ethical traditions that bioethics draws from. Next we will explore some key sources of theological ethics and the integral role it played in the emergence of bioethics. From there we will then address the various reasons why bioethics has become increasingly secular in its evolution as well as the reasons why many contemporary bioethicists now see a return to theological ethics as necessary. Finally,we will explore how the Christian tradition in particular provides a rich normative background that informs the ethical framing and a clinical approach to a variety of bioethical topics including medical experimentation, assisted reproductive technologies, genetic medicine, transplantation, assisted suicide and euthanasia.

To whom? By whom? And according to what? These three questions have long been integral to a broader examination of justice and their salience is especially apt when applied to a discussion of health care policy. The purpose of this course is to engage in an extended reflection on that discussion by first probing and critically assessing essential philosophical, theological and ethical traditions of distributive justice and then to explore how they have shaped public discourse and policy on access to and the distribution of health care resources. Accordingly,we will spend the first part of the course familiarizing ourselves with Classical/Biblical,Utilitarian, Libertarian, Liberal Equality, Communitarian, Capabilities, Care Ethics,Black Radical Liberal and Catholic conceptions of justice to understand how the constellation of rights and duties they articulate instruct societal questions of who is eligible to receive health care, how much, and who/what is responsible for its provision. We will then use the second part of the course to explore the various policy mechanisms that are available to achieve a just health care system. In particular,we will focus our attention on the Patient Protection and Affordable Care Act (PPACA) as a practical departure point to discuss the legal, economic and ethical dimensions of just health care reform.

In a 2012 article entitled “In Defense of Irreligious Bioethics” published in The American Journal of Bioethics Timothy Murphy writes, “The task of bioethics can be understood, in a sense, as enlarging the prospect for society’s informed consent about its choices, by showing what various religious experiences, creeds and commitments mean in relation to other options. To enjoy the benefits that flow from adversarial engagement, the most valuable approach to religion is to repudiate in all its manifestations the idea that there is a transcendent reality to which the immanent world is beholden.” (8) Murphy’s negative appraisal of religion gives voice to a common if not a prevailing question within the field of bioethics, namely to what extent (if at all) is its project philosophically, conceptually and normatively compatible with the study and practice of religion? The purpose of this course is to engage this question further and sketch out some preliminary answers. Toward that end, it is structured as follows: In the first part of the course, we will take up a meta-ethical analysis of different approaches to religious ethical inquiry and identify what unique metaphysical and normative contributions they offer. As part of this analysis, we will also explore the different historical and intellectual forces that have suppressed religious perspectives within the evolution bioethics and relegated it to the periphery. Next, we will examine, compare, and contrast how bioethics is framed within the context of three different formative religious traditions –Judaism, Christianity and Islam. Lastly, we will survey how each of these traditions evaluates significant bioethical questions surrounding issues at the beginning of life, end of life, organ transplantation and genetic medicine.

For the Nation: Jesus, the Restoration of Israel and Articulating a Christian Ethic of Territorial Governance

The nature of the kingdom Jesus proclaims in the Gospels has long been a subject of intense theological debate. More recently the lines of this debate have dramatically shifted as several leading historical Jesus scholars and Christian social ethicists have argued that Jesus' kingdom proclamation most likely expresses a first century Jewish hope for Israel's restoration. Yet while several are now sanguine that Jesus' kingdom vision constitutes nothing less than a full-throated restoration of Israel's nationality, they are just as certain it rejects a restoration of Israel's land. As such it has become increasingly fashionable to say that an authentic practice of the "kingdom" ethic that Jesus enunciates must necessarily be a-territorial. The purpose of this work is to respond to these arguments and show why this can and indeed should not be the case. Through a careful and detailed process of historical investigation, biblical exegesis, theological exploration, and ethical analysis we will come to see that not only is the kingdom that Jesus proclaims inextricably landed, but also why such a kingdom is integral to articulating a Christian ethic of territorial governance.

One is the Loneliest Number: How the WHO's Redefinition of Infertility Provokes Contestations of the Body and the Body Politic

Book chapter in The Future of Drone Use: Opportunities and Threats from Ethical and Legal Perspectives, Bart Custers, ed.