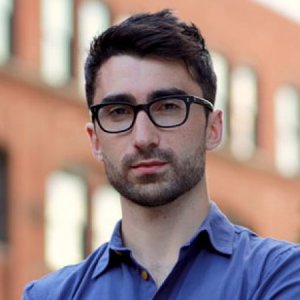 
Urban economist researching the process of urbanization in developing countries

Nick Tsivanidis is an Assistant Professor in the Real Estate Group at the Haas School of Business, and the Department of Economics at the University of California at Berkeley. He is also co-director of the Cities Research Programme at the International Growth Centre (IGC).

Tsivanidis is an applied economist with interests across Urban and Regional Economics, Development Economics, and Applied Macroeconomics. His research centers on connecting theory with empirics that combine new sources of granular data with natural experiments to learn about the process of urbanization in developing countries.

All The New Faculty At The Top 25 Schools

A new hire at Berkeley Haas is Assist. Prof. Nick Tsivanidis. His focus is urban economics and he has a Ph.D. from the University of Chicago.

2018 Developing country cities are characterized by informal housing—slums—but growing urban populations and incomes will lead governments to pursue a host of policies that promote the construction of modern, formal sector housing. This has the potential to affect entire neighborhoods since the effects are likely to spillover beyond directly targeted locations. In this paper, we ask how large are the spillovers from formal development, and what do these imply for the welfare consequences of pro-formalization policies in developing country cities? We address this question in three steps. First, we exploit a unique natural experiment in Mumbai that led 15% of central city land occupied by the city’s defunct textile mills to come onto the market for redevelopment in the 2000s. Second, we use a “deep learning” approach to measure slums from satellite images, and combine this with administrative sources to construct a uniquely spatially disaggregated dataset spanning the period. Third, we develop a quantitative general equilibrium model of a city featuring formal and informal housing supply to guide our empirical analysis. We find evidence of substantial housing and agglomeration externalities, and provide reduced-form evidence suggestive of both efficiency gains (through increased employment density in central areas) and potential equity losses (through the conversion of slums and gentrification near redeveloped mill sites).

The Aggregate and Distributional Effects of Urban Transit Infrastructure: Evidence from Bogotá’s TransMilenio

2018 How large are the benefits to improving transit in cities, and how are the gains shared between low- and high-skilled workers? This paper uses detailed tract-level data to analyze the construction of the world’s largest Bus Rapid Transit (BRT) system–TransMilenio–in Bogotá, Colombia. First, I build a quantitative general equilibrium model of a city where low- and high-skill workers sort over where to live, where to work, and whether or not to own a car. Second, I develop a new reduced form methodology derived from general equilibrium theory to evaluate the effects of transit infrastructure based on “commuter market access”, and use it to empirically assess TransMilenio’s impact on city structure. Third, I structurally estimate the model and quantify the effects of the system. I find that while the system caused increases in welfare and output larger than its cost, the gains accrued slightly more to high-skilled workers. The incidence of public transit across skill-groups is determined not only by who uses it most, but also by how easily individuals substitute between commutes, whether the system connects workers with employment opportunities, and equilibrium adjustment of housing and labor markets. Finally, adjusting zoning regulations to allow increased building densities in affected locations would have led to higher welfare gains. This underscores the benefits to cities from pursuing a unified transit and land use policy.

2017 Many observers have pointed to the bargaining power of organized labor, as initially implemented by the Industrial Disputes Act (IDA) of 1947, as an important constraint on growth in India. This act raises the cost of labor and of laying off workers, particularly for large firms with more than 100 workers. Since the late 1990s, large Indian manufacturing firms have increasingly relied on contract workers supplied by staffing companies who are not subject to the IDA. By 2011, contract workers accounted for 36% of total employment of firms with more than 100 workers. At the same time, the thickness of the right tail of the firm size distribution in formal Indian manufacturing plants has increased, the average product of labor for large firms has declined, the volatility of growth rates among large firms has increased, and the probability that large firms introduce new products has risen. We provide evidence in support of the causal effect of the increased supply of contract labor on the relaxation of employment constraints among large establishments following an Indian Supreme Court decision in 2001. We develop a model of firm growth subject to firing costs to quantify the effect of contract labor on TFP growth in Indian manufacturing.