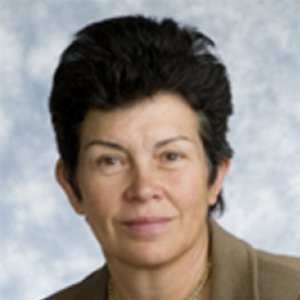 
Dr. Onetto is responsible for developing and maintaining relationships with cancer research stakeholders.

Dr. Nicole Onetto was appointed Deputy Director of the Ontario Institute for Cancer Research on November 2, 2009. As Deputy Director and Chief Scientific Officer, Dr. Onetto works with OICR’s program and platform leaders to determine strategic directions and priorities of the Institute’s research programs. She is providing direct oversight of the OICR operations support teams.

From 2002 to 2005 Dr. Onetto was the Executive Vice-President and Chief Medical Officer of OSI Pharmaceuticals Inc., where she led the clinical development which led to the approval of Tarceva® for non-small cell lung cancer and pancreatic cancer in collaboration with the National Cancer Institute of Canada.

From January 1995 to May 1997, Dr. Onetto served as Senior Director Medical Affairs for the European oncology division of Bristol Myers Squibb (BMS). During this assignment with BMS, she was responsible for the coordination of all European oncology clinical trials from phase I to phase IV for all oncology BMS products. From July 1991 to January 1995, Dr. Onetto was Director, Clinical Cancer Research for BMS. While at BMS she was the International Project Leader for Taxol® and was responsible for the filing of the initial NDA for Taxol® and several supplemental NDAs. During her tenure at BMS she worked very closely with the National Cancer Institute of Canada, the National Cancer Institute in the U.S. and the European Organization for Research and Treatment of Cancer.

Before this appointment, she held positions at Immunex Research and Development Corp. and Hoechst Canada, Inc.

"Cancer is a deadly disease that affects millions of people around the globe," said Dr. Nicole Onetto, Deputy Director of OICR. "But we now know that cancer is in fact many different diseases that require more targeted, precise tools for diagnosis and treatment. Funding today will help us to develop these tools to find cancers earlier and help characterize treatment for aggressive and non-aggressive disease. This will enable us to have an effect on patient care in the short term."...

Dr. Nicole Onetto, Deputy Director and Chief Scientific Officer of the Ontario Institute for Cancer Research (OICR), today announced that OICR has been selected by the Canadian Partnership Against Cancer (CPAC) to develop the coordinating centre for the Canadian Cancer Clinical Trials Network (CCCTN). Dr. Janet Dancey, OICR's Director of the High Impact Clinical Trials Program, will be the Scientific Director and lead the CCCTN coordinating centre. The collaborating organizations are the NCIC Clinical Trials Group and N2 (Network of Networks)...

"Our development program, evaluating both lupus nephritis and SLE, gives us the opportunity to assess broad utility in treating lupus," said Nicole Onetto, M.D., Senior Vice President and Chief Medical Officer of ZymoGenetics. "The mechanism of action of atacicept, inhibiting the two growth factors BLyS and APRIL that are known to have an impact on disease progression, is the basis for studying atacicept in SLE, and our research may lead to a new therapy for patients with lupus."...

“In many cases, we are using some drugs for the wrong patient or the wrong tumour, or we’re using drugs for far too long when they’re not benefiting the patients,” said OICR’s deputy director, Nicole Onetto This grant, she said, will help fix that...

We conducted a phase I clinical trial of BR96-Doxorubicin (BR96-Dox), a chimeric anti–Lewis Y (Le Y) monoclonal antibody conjugated to doxorubicin, in patients whose tumors expressed the Le Y antigen. The study aimed to determine the toxicity, ...

BMS-182248-1 (BR96-doxorubicin immunoconjugate) is a chimeric human/mouse monoclonal antibody linked to approximately eight doxorubicin molecules. The antibody is directed against the Lewis-Y antigen, which is expressed on 75% of all ...

Taxol: the first of the taxanes, an important new class of antitumor agents

The taxanes represent the first class of antimicrotubule agents with a new mechanism of cytotoxic action since the introduction of the vinca alkaloids several decades ago. These compounds may prove to be the "anticancer drugs of the 1990s," just as the ...