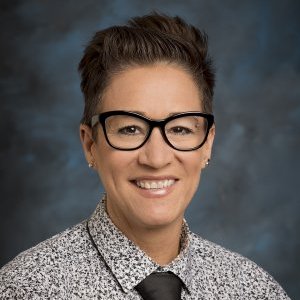 Dr. Nina M. Lozano is a political consultant and Associate Professor of Communication Studies. Her areas of expertise include rhetoric, social movements, gender and politics. Dr. Lozano earned her doctorate from the University of North Carolina at Chapel Hill. She is a former Carnegie fellow, and is a regular contributor to the Huffington Post and other political websites.

Lozano is the author of "Not One More! Feminicidio on the Border," with the Ohio State University Press, 2019, as part of the special series: "New Directions in Rhetoric and Materiality."

Recognition for improving the lives for Latina women.

Theorizing, pedagogies and applied research for the purpose of fostering service-learning as a tool for political engagement.

This essay examines the civilizing rhetorics performed on Bravo's reality television program Queer Eye for the Straight Guy, and the role they play in processes of queer worldmaking. We contend that despite charges of assimilation and depoliticization, Queer Eye enacts an “uncivil” tongue, opening up a discursive space for the circulation of nonnormative forms of desire. These performances of desire reimagine relationships between bodies, surfaces, spaces, and pleasure. In doing so, Queer Eye's uncivil tongue provokes a rethinking of desire itself—a strategy that, we argue, is integral to the cultivation of a queer public culture. This essay, then, extends critical scholarship pertaining to publics, performance, and queer worldmaking.

Towards a rearticulation of women‐as‐victims: A thematic analysis of the construction of women's identities surrounding gendered violence

This essay argues for a more sophisticated understanding of women's identities in relation to gendered violence. Inductive analysis of in‐depth interviews with individuals from various organizations that attempt to end violence against women was conducted. First, the her‐story of women being labeled and constructed as victims is explored. Second, articulation theory is advanced as a means of rearticulating women's identities. Third, excerpts from interviews with participants are analyzed. Finally, this study considers both the theoretical and practical implications of how the discursive and material constructions of women's identities affect strategies aimed at ending gendered violence.

The Uncivil Tongue: Invitational Rhetoric and the Problem of Inequality

Invitational rhetoric espouses communication based on the immanent value and self-determination of interlocutors. With regard to theories that posit persuasion as a goal, an invitational model posits the dialogic encounter as ethically superior. We contend that the suitability of the invitational paradigm presupposes conditions of economic, political, and social equality among interlocutors. However, such conditions of actual equality are rare in both political controversy and interpersonal relations. Furthermore, the appeal to civility is a form of gender discipline; thus we advocate theorizing the uncivil tongue.