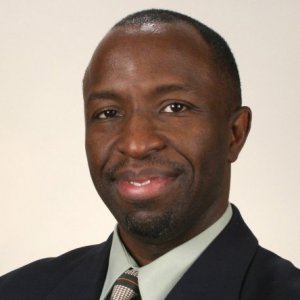 Nolan Taylor comes to the Kelley School of Business at Indiana University with 9+ years in the area of military system acquisition. Dr. Taylor has extensive experience as a software engineer and the management of information systems. His research focuses on decision support systems, IT evaluation and adoption, and IT security, particularly in the area of computer security awareness training.

The Equifax breach happened. Don't forget about it this holiday season

In a business column for the Indianapolis Recorder, Nolan Taylor discusses how to keep your information safe, how someone could steal your identity, and what to do if you've been affected by the breach.

Situation normality and the shape of search: The effects of time delays and information presentation on search behavior

Journal of the Association for Information Science and Technology

2007 Using the Internet, “public” computing grids can be assembled using “volunteered” PCs. To achieve this, volunteers download and install a software application capable of sensing periods of low local processor activity. During such times, this program on the local PC downloads and processes a subset of the project's data. At the completion of processing, the results are uploaded to the project and the cycle repeats.

Alternative scenarios to the “banner” years: A test of alternative formats to Web banner ads

Communication of the ACM

2007 Online advertising spending continues to grow. It rose 35% from 2005 to 2006 to reach $16.9 billion. This trend is expected to persist with a projected 2011 figure of $36.5 billion. Despite this trend consumers have shown increasing annoyance with online advertising, resorting to specialized software and restrictive Web browser settings in an effort to reduce the number of pop-ups and other forms of advertising . Although the banner format is still the most prominent form of Web advertising, corporations are starting to give alternative formats serious consideration.

2005 Widespread use of Internet-capable personal computers has enabled extremely powerful virtual computers or “grids”. These grids have applications for both business problems (e.g., automotive design) and social problems (e.g., drug evaluation). Many of these grids have sought to improve efficiency by processing multiple grid projects using the same network infrastructure and grid participants. This presents challenges for integrating projects in a manner such that public acceptance is greatest. The results suggest that both the order in which the individual projects are introduced and the manner in which the projects are integrated are both important determinants of public acceptance.

Information foraging on the web: The effects of “acceptable” Internet delays on multi-page information search behavior

2001 In today's networked economy, ideas that challenge existing business models and paradigms are becoming more important. This study investigated how individual differences, groupware-based creativity techniques, and ideas from others influenced the type of ideas that individuals generated. While individual differences were important (in that some individuals were inherently more likely to generate ideas that followed the existing problem paradigm while others were more likely to generate paradigm-modifying ideas that attempted to change the problem paradigm), the exposure to paradigm-modifying ideas from others and the use of intuitive groupware-based creativity techniques rather than analytical groupware-based creativity techniques were found to increase the number of paradigm-modifying ideas produced.