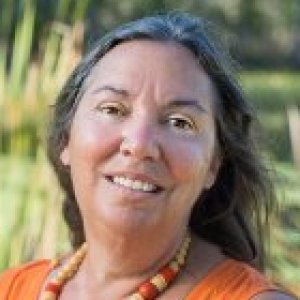 
Nora Demers researches the effects of stressors on biological systems. 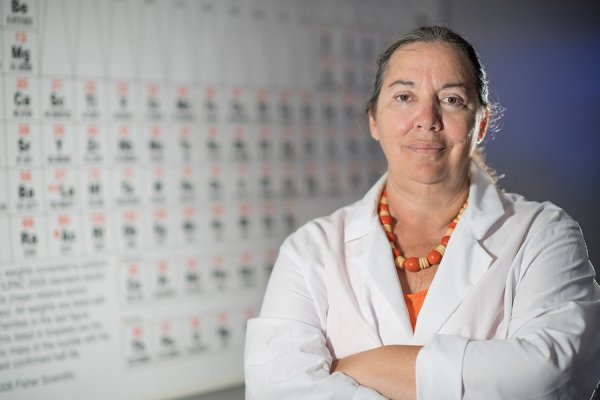 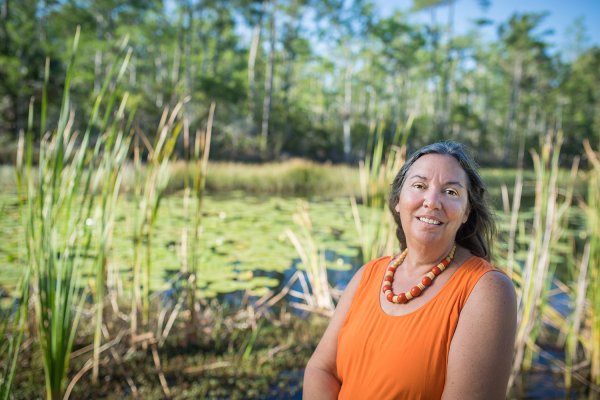 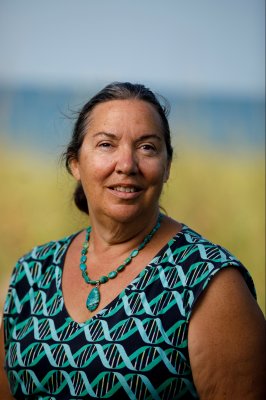 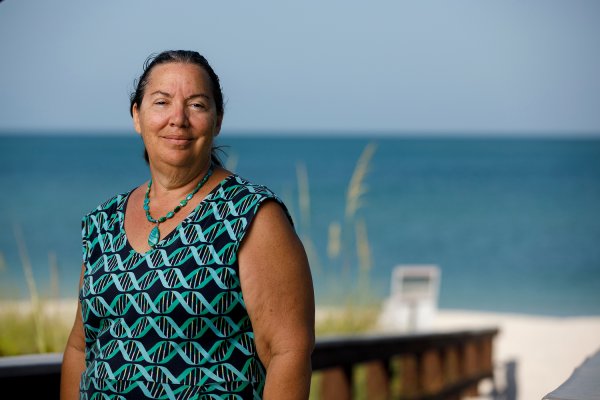 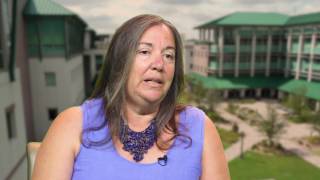 Nora Demers is an associate professor of comparative immunology and interdisciplinary studies at Florida Gulf Coast University. She teaches about environmental endocrine disruptors and their impact on humans and other species.

Effects of Stressors on Biological Systems

Dr. Demers talks about endocrine disruptors and medications that seep into waterways.

Nora Demers quoted talking about the impact of growing communities on wildlife in Southwest Florida.

Nora Demers talks about the impact of chemicals in plastics on humans and wildlife.

Dr. Demers is currently working on a number of research projects, which include detecting endocrine disrupting compounds in surface and drinking water in southwest Florida and in fishes that inhabit local waterways. She is developing monitoring projects to relate common water quality parameters with indicators and compounds of emerging concern (not yet regulated chemicals such as endocrine disrupting compounds). Dr. Demers examines gopher tortoise habitat restoration efforts and ecosystem restoration efforts as well as parasites. She also uses data to evaluate pressing issues such as sea turtle nesting databases for how factors like beach renourishment, storms, development and predators influence hatchling success.

Shoreline Stabilization and Habitat Enhancement in the Mulloch Creek Basin

2009 Matching funds of $3000 were requested for a collaborative project to install a demonstration plot of what became approximately 180 linear feet along the primary canal in the East Mullock Drainage District (EMDD) in San Carlos Park, Lee County Florida. Invasive exotic Melaleuca and Brazilian pepper, and buckets full of air potatoes were removed and SHORESOX, a shoreline stabilization product was affixed to this steep (approximately 60 degree incline). The SHORESOX are designed to decompose within 36 months, leaving behind a shoreline which will be held in place by native plants. Florida native plants were installed in an approximately 15 foot wide buffer between the yards and the stormwater canal. The plants will help stabilize the shoreline, collect excess nutrients and runoff from the residences before entering the canal, and provide improved forage and habitat for fish and wildlife at this urban interface. This demonstration is part of several related projects to improve the entire EMDD stormwater drainage system. The demonstration nature will help educate residents and agency officials who are expending significant funds and resources to improving this system. A website that highlights this project (and the related projects) is being maintained by Dr. Nora Demers at FGCU, with links to and from the contributing organizations.

2003 / 2004 In a course titled Scientific Process, we introduce undergraduates to the philosophy and practice of science and initiate them into a 2-year undergraduate research track. Engaging exercises and discussions help students understand the scientific process and ultimately produce a research proposal in grant application format. Students defend their written proposal during a 15-minute oral presentation.

The immediate effects of stress on innate defenses in rainbow trout

1997 The fight-or-flight response prepares an animal for coping with alarming situations and their potential consequences, which include injury. The possible involvement of innate components of immunity in the response has received little attention. We determined plasma concentrations of stress hormones and lysozyme activity before and after a 10 min handling stressor. Rainbow trout (Oncorhynchus mykiss) were anesthetized in their home tanks, bled, revived, and then stressed by being held in the air in a net for 30 s and placed in a shallow bucket of water for 10 min. Fish were then captured, concussed (in one of two experiments) and bled again. Control fish were also bled twice, but were kept anesthetized in their holding tanks between bleedings. Following the stressor, plasma cortisol, adrenaline and lysozyme activity were significantly increased. The experiment was repeated 4 months later with a similar outcome. While chronic stress is eventually immunosuppressive, acute stress/ trauma may help enhance both cellular and humoral components of innate defenses at times of likely need.