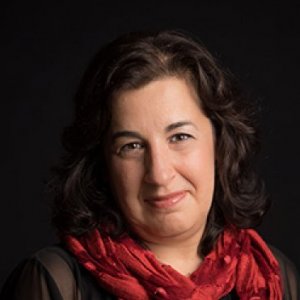 
Social and contextual factors for creativity at work, role of interruptions, work-family interface and negotiations.

Professor Madjar's expertise is creativity in the workplace. Her research examines the social and contextual factors that stimulate or hinder creative performance and what stimulates creativity in negotiations. Her scholarly work also explores the role of interruptions at work and the work-family interface, or different ways to structure jobs to facilitate the creative process.

Professor Madjar teaches courses in organizational behavior, managing creativity and innovation and negotiations for both undergraduate and MBA students.

Fulbright Scholar in Bulgaria in 2011 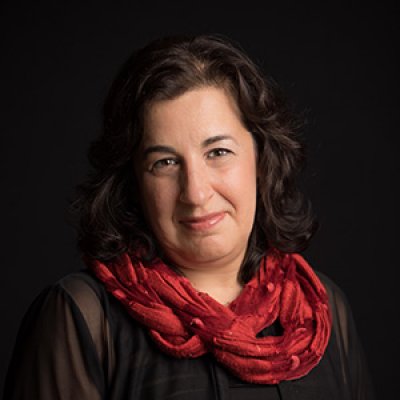 Nora Madjar, a University of Connecticut management professor, said worker demonstrations tend to snowball, especially if employees see their colleagues getting results. That's one reason why she thinks so many of these groups now exist at Amazon. She suggested these movements can gain even more influence if they get their messages to resonate with Amazon shoppers, which include over 100 million Prime members worldwide.

Why the Uptick in Strikes? A Negotiations Expert Responds

Although the Stop & Shop strike is over, that may not be the end to the tide of recent labor action. In the past year, there have been prominent teacher strikes across the nation, and here in Connecticut, a possible strike is looming among nursing home employees. Management professor Nora Madjar shares her expertise on negotiations with UConn Today readers. Madjar teaches that subject to UConn undergraduate and graduate students, and also organizes an annual negotiation competition between law and MBA students at the University.

Interruptions and Multitasking: Advantages and Disadvantages for Creativity at Work

Individual Creativity in the Workplace

2018 Our goal with this chapter is to theorize and systematically review the evidence about how interruptions of different types: intrusions, breaks, IT interruptions, distractions, and multitasking may influence creativity. We first identify the cognitive and affective mechanisms through which certain job designs, in particular interruptions and multitasking, may influence creativity and the creative process—first, through the provision or depletion of cognitive resources, and second, through their effect on positive and negative affect.

There's no place like home? The contributions of work and nonwork creativity support to employees' creative performance

2017 We examined relations between creative performance and the extent to which employees received support for creativity from both work (supervisors/coworkers) and non-work (family/friends) sources. We also examined whether (1) employees' mood states mediated the support-creativity relations and (2) creative personality characteristics moderated these relations.

"Advocacy, Gender and Reputation; a Motivational Framework for Creativity in Negotiations"

2017 We explore the connection between creativity and negotiations and the underlying conditions and mechanisms that influence the contexts that lead to higher creativity, and consequently optimal outcomes. In this paper, we propose that an interaction of the negotiator’s gender, the other negotiating party’s reputation, and the negotiator’s advocacy approach – self-, other-, or mixed-advocacy – will lead to higher creativity in the negotiation process, and consequently more integrative outcomes.

2011 This study extends theory and research by differentiating between routine, noncreative performance and 2 distinct types of creativity: radical and incremental. We also use a sensemaking perspective to examine the interplay of social and personal factors that may influence a person's engagement in a certain level of creative action versus routine, noncreative work.

Psychology of Aesthetics, Creativity, and the Arts