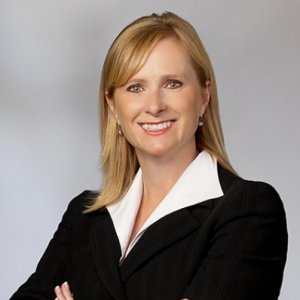 
Advisor to Public and Private Companies on M&A takeovers, Financings and Restructurings, particularly in the Energy Sector.

Noralee’s practice focuses on mergers and acquisitions, financings and corporate and board governance. She has significant experience in mergers involving both public and private companies, friendly and hostile takeover bids and complicated plans of arrangement. Ms. Bradley has also served as lead partner in equity and debt offerings in Canada, and sophisticated cross-border financings. Noralee assists many companies in the strategic planning and review of corporate governance policies and their compliance with fiduciary duties and securities regulations.

She has been recognized in the areas of Mergers and Acquisitions, Corporate, Commercial and Securities Law; is quoted in Lexpert's top 10 deals of 2016.

Recognized as a leading Corporate Lawyer in: (professional)

Canadian Oil Sands’ in-house legal team was assisted by Osler, Hoskin & Harcourt LLP, with a team that included Noralee Bradley. Bradley added to Schneider’s description: “The transaction was both interesting and challenging from the COS perspective given the share consideration resulted in moving values for both COS and Suncor shares while the bid was in the market. COS had a single asset [operated independently by Syncrude/Imperial] in which both parties were joint-venture participants and large shareholders were commenting publicly on the deal.”

Building a Better Board

The composition of many boards of directors has shifted over the last several years to accommodate changing technology and government mandates, according to an article in Canadian HR Reporter. In his article, John Dujay examines what makes an effective board and outlines the necessary components to efficient governance. Noralee Bradley, a partner in Osler’s Corporate Practice Group who specializes in corporate governance, says one of those components is strategic thinking.

In an article written for Reuters, reporter John Tilak examines the anticipated uptick in sales of exploration and production assets in the Canadian energy sector in the months ahead.

The Canadian Securities Administrators (CSA) have made significant changes to the Canadian take-over bid regime, and in an article in Lexpert, journalist Sheldon Gordon canvasses a range of legal experts to determine the impact the amendments are expected to have.

Meanwhile, other legal moves will fill the void, such as activism. “When you have stocks off 30% to 50% from their highs, that presents opportunities, as does the strength of the U.S. dollar. So for many of our resource companies, an activist shareholder could get a pretty good stake for a relatively small capital investment and be able to get a position that is meaningful with the board or management,” says Noralee Bradley, a partner with Osler, Hoskin & Harcourt LLP.

Hostile makeover - Until recently, boards and shareholder activists knew only conflict. Now you see them working together. What happened?

THERE HAS BEEN A QUICK succession of phases in board-activist relations in Canada of late, and all co-exist today.

Report on Business, The Globe and Mail  online

Bradley says she has developed a tool that can be used in cases where a dissident wants to turf out a majority of the board. She calls it an “enhanced-quorum requirement.”

“One thing we’re seeing is that boards are starting to undertake real navel-gazing exercises,” says Noralee Bradley, a corporate governance specialist with the law firm Osler, Hoskin & Harcourt LLP in Calgary. “They’re asking themselves where the gaps are in their governance and strategy. Of course they’ve always done this, but from a company standpoint, from the inside out.

In the article “Corporate Combat,” Noralee Bradley talks to Alberta Venture about the rise of shareholder activism

In light of the recent CP-Pershing Square proxy battle and the potential upcoming Agrium-Jana Partners battle, Noralee Bradley, a partner at the Calgary office of Osler Hoskin & Harcourt LLP, says that corporate showdowns are not unusual and have a lot to do with growing investor malaise.

Mergers and acquisitions (M&A) transactions, whether large or small, have inherent complexities that need to be clearly understood and properly addressed in order to ensure a successful deal.

The board of directors' role in crisis management

Sooner or later, every enterprise will face a crisis. When it hits, the ability to side-step disaster depends on the effectiveness of your company’s response. Preparedness and oversight of crisis management is a key responsibility of the board of directors.

The Canadian Securities Administrators (the CSA) recently published for comment proposed amendments (the CSA Proposal) designed to create a streamlined prospectus exemption for rights offerings by reporting issuers (the Proposed Rights Offering Exemption). On the same day, the Ontario Securities Commission (the OSC) announced the adoption of a new prospectus exemption that will allow reporting issuers listed on certain Canadian stock exchanges to raise capital from existing security holders on a prospectus exempt basis (the Existing Security Holder Exemption).

The Maturing Market for Shareholder Activism in Canada