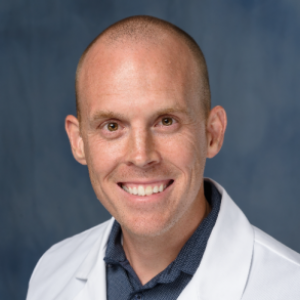 Dr. Norman Beatty is an assistant professor in the Department of Infectious Diseases and Global Medicine. He focuses on neglected tropical diseases, such as Chagas disease, Leishmaniasis, cysticercosis, snake envenomation, among others. His research focus is centered on Latin American health equity and Chagas disease in the United States and Florida where Dr. Beatty's team is researching the prevalence of Chagas disease among at-risk populations, including those who may be exposed to the kissing bug vector here in the United States. He also studies wildlife and companion animal Trypanosoma cruzi infection in Florida and vector-borne diseases such as tick-borne and mosquito-borne infections, including ehrlichiosis, Rickettsiosis and Borreliosis.

Florida has about 200,000 migrant farmworkers. These essential members of our community often struggle with access to health care. That’s why UF/IFAS Extension and UF Health teamed up with several other organizations to set up a statewide mobile health clinic, which last month came to Wimauma.

With about 200,000 migrant farmworkers in Florida, UF/IFAS Extension and the UF College of Medicine will screen as many as possible for various health conditions and give them nutrition information to help improve access to much-needed health care. First stop, Wimauma. Then, they hope, the rest of Florida.

It’s the kiss of death for Latin American communities in the U.S. While health experts often warn of mosquitoes and other disease-carrying bugs, the deadly kissing bug — a k a the triatomine bug, which kills 10,000 people per year globally — continues to be overlooked in the U.S., as it disproportionately affects poor Hispanic communities. That alarming disparity is the subject of the new book "The Kissing Bug: A True Story of a Family, an Insect, and a Nation’s Neglect of a Deadly Disease."

This deadly 'kissing bug' has been mostly ignored. It shouldn't be, this author says.

When author Daisy Hernández’s aunt Dora came to the U.S. from Colombia to seek medical treatment, Hernández’s family never expected an unknown illness would take her life. “Even after her funeral,” Hernández told NBC News, “there were co-workers at her funeral who were asking me if she’d had cancer.”

Anaphylactic Reactions Due to Triatoma protracta (Hemiptera, Reduviidae, Triatominae) and Invasion into a Home in Northern California, USA

Kissing bugs are bloodsucking insects found throughout the Western Hemisphere, including the United States, but also within certain regions of the Western Pacific, India, the Middle East, and Africa. Within the Americas, these insects are known to harbor a parasite known as Trypanosoma cruzi, the causative agent of an infection in humans and other mammals known as Chagas disease. The infection can be spread through the fecal matter of the kissing bug when exposed to the skin or ingested from contaminated food or drink products. Kissing bugs will invade human homes and bite residents and their pets. The bite from a kissing bug can also lead to serious allergic reactions, including anaphylaxis. A potentially life-threatening allergic response typically needs emergency medical attention.

The Journal of Infectious Diseases

Chagas disease affects an estimated 326 000–347 000 people in the United States and is severely underdiagnosed. Lack of awareness and clarity regarding screening and diagnosis is a key barrier. This article provides straightforward recommendations, with the goal of simplifying identification and testing of people at risk for US healthcare providers.

Staphylococcus pseudintermedius commonly colonizes companion animals, including canines. This microbe is a major opportunistic pathogen responsible for pyogenic and necrotizing skin and soft tissue infection in canines. Infection with S. pseudintermedius is increasingly being recognized in humans, especially in those who are immunocompromised. This microbe is quite similar to Staphylococcus aureus, expressing several analogous virulence factors and a variety of toxins. Furthermore, S. pseudintermedius has variants that display multi-drug resistance comparable to methicillin-resistant S. aureus. We report a 50-year-old female with bilateral lung transplant on immunosuppression who presents with signs of sepsis and pneumonia.

Autochthonous Chagas Disease in the United States: How Are People Getting Infected?

The American journal of tropical medicine and hygiene

In the United States, Chagas disease is diagnosed in less than 1% of the estimated > 300,000 people who have the disease. However, the actual prevalence remains unknown, and these estimates may be wide of the mark (too high or too low). The greater part of those living with the disease acquired the infection in an endemic region of Latin America, but autochthonous transmission in the United States is increasingly being described. These cases are considered rare, and the transmission routes are largely unknown. Although triatomines or "kissing bugs" harbor Trypanosoma cruzi in North America, most autochthonous cases are presumed rather than confirmed exposures to naturally infected kissing bugs. Public knowledge of Chagas is growing, and efforts are underway to provide greater awareness, but what are the risk factors for human transmission of Chagas disease in the United States? 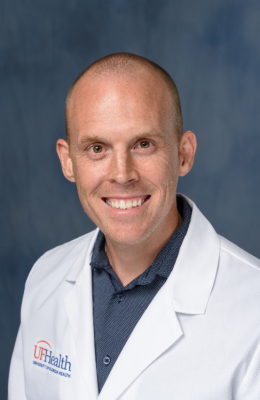