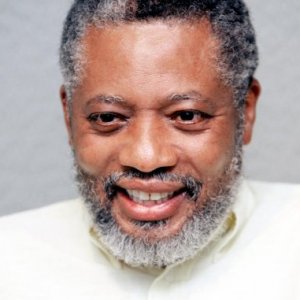 Dr. Garrick is Professor in the Department of Civil Engineering and co-Director of the Sustainable Cities Research Group at the University of Connecticut. In these roles he has led groundbreaking research on street networks and their impacts on traffic safety - including bike and pedestrian safety, car travel and the health of citizens; the evolution of parking provision in cities and its impact on the urban fabric of the city and its role in inducing more traffic in cities; the factors contributing to the widening gap between the USA and other developed countries in terms of traffic fatality; the potential societal impacts of autonomous vehicles; the design and operations of streets designed according to shared space concepts. 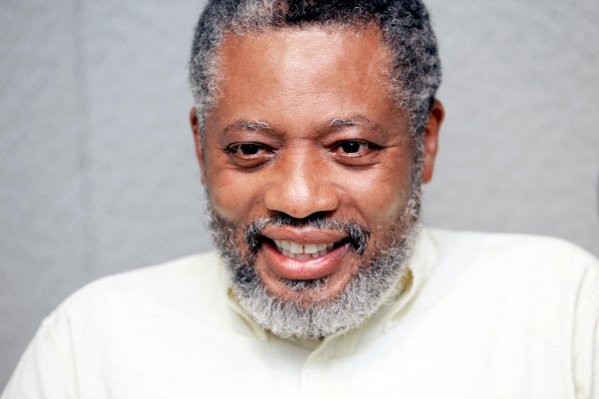 Desegregate CT’s bill would cap parking requirements at what experts tell Vox is a reasonable level — zero for multi-family units near transit, one for studios or one-bedroom apartments, and two for two or more bedroom apartments. This wouldn’t ban additional parking if a developer feels like the property requires it, but it doesn’t unnecessarily force them to build potentially wasteful spots. When asked about the bill’s potential, University of Connecticut professor of civil and environmental engineering Norman Garrick, an expert in transportation and urban planning, described it as a “small first step.” “I mean if you’re talking about success in terms of desegregating the state, I think there are going to be many other steps that are needed to get to that goal,” Garrick said. “I think this is a small first step that is really bringing the conversation to the table.”

Scientific Sense ® is a daily podcast focused on Science and Economics. We talk with the world's leading academics about their research and emerging ideas in a variety of domains. The conversation is unstructured and unscripted. The host, Gill Eapen, has over 30 years of experience in various areas in Economics, Science, Technology, and Business. This episode features Professor Norman Garrick, Professor of Civil Engineering at the University of Connecticut.

“It’s not so much about the measurement being wrong, it’s that the whole underlying thesis is wrong,” said University of Connecticut professor Norman Garrick. “You’re not thinking about how people behave and how they’re using the system. You’re just saying this is how it happened in the past [and] this is how it will happen in the future, even though you’re injecting this big change into the system.”

By Degrees: Can We Seize This Moment to Re-imagine Public Spaces & Transit?

During the pandemic, bicycle sales have soared, and parking spots are being re-imagined as outdoor dining. Can we seize this moment, when we’re using our cars less, and make these changes permanent? Sam Evans-Brown of NHPR's Outside/In podcast is the host, with guests including Norman W. Garrick - Professor, Civil and Environmental Engineering, University of Connecticut.

Collision course: why are cars killing more and more pedestrians?

Attempting to explain a trend – to correctly apportion blame not for one but thousands of pedestrian deaths – adds yet more layers of complexity. Economic and employment trends, the availability and quality of public transport, shifts in the age of walkers and drivers: it all matters. Disentangling the threads in a scientifically rigorous way is fiendishly difficult. “There are multiple theories about how to account for what is happening,” says Norman Garrick, a University of Connecticut professor who studies road safety. “We know something radically new is going on. But I don’t think we have an exact answer yet.”

About 17 percent of downtown Hartford’s nearly 2 square miles is occupied by parking lots, said Norman Garrick, a UConn civil engineering professor who has studied the city’s parking and transportation for more than a decade. That’s about 80 percent more land dedicated to parking than in cities with similar populations, like Cambridge, Mass., and Arlington, Va. In addition to wasting space that could be occupied by businesses or housing, Hartford is missing out on some $20 million a year it could collect in property taxes, if buildings were constructed on the lots, according to Garrick’s research.

It’s a bird, it’s a plane, it’s a flying...train? One Russian engineer thinks airborne locomotives could outspeed conventional land travel and free up room below. Norman Garrick, engineering professor at the University of Connecticut and sustainable transportation expert, told NBC News that future method of travel will likely improve upon existing technology rather than experimental designs that would likely take years of refinement before human use.

5 Reasons Why Amsterdam Works So Well for Bikes

People unfamiliar with the idea of the bicycle as real transportation sometimes see Amsterdam—the famously bike-friendly Dutch capital—as a fantasyland that has very little to do with the grown-up transportation world of cars and trucks. In reality, a readjustment of perspective is needed, since Amsterdam has succeeded in creating a transportation system that is one of the most successful in the world. Transportation in Amsterdam is the epitome of sustainability. It is convenient, cheap, clean, quiet, efficient, and safe.

The Cow That Tells Cyclists to Slow Down: New Technologies for Congested Cities

However, some believe that – rather than technology – a radical change in street design might make cities work better. Norman Garrick, associate professor at the University of Connecticut, who has studied how sharing the road space can be better for pedestrians and vehicles, says we need to fundamentally rethink movement in cities. “The philosophy that emanated from the US was that we needed to separate people and machines, which gives priority to vehicles and makes the environment less friendly for people,” he says. Technology can improve cities for people, he says, but “it can equally make them more hostile if you facilitate faster car travel. We have to change our engineering philosophy to go back to more connected, compacted street networks like Amsterdam and Seattle.”...

Providence’s DePasquale Square is a delightful experience in the summer. The fountain-cooled oasis is surrounded by restaurants and people, creating a scene that resembles a piazza in Italy. But walk just a few hundred feet further and the square runs into a chain link fence separating pedestrians from ramps that feed into what’s known as the 6-10 Connector...

Timothy J. Garceau, a Ph.D. candidate in geography at the University of Connecticut, and professors Carol Atkinson-Palombo and Norman Garrick offer a different way to think about the answer. In research they presented this week at the annual meeting of the Transportation Research Board, they looked at travel data not at the national level, but by state instead...

“These places planned their cities in a way that made transit central to city life,” Norman Garrick, associate professor of civil and environmental engineering at the University of Connecticut and a visiting professor at the Swiss Federal Institute of Technology, said. “We did the exact opposite of that.”

Opinion: Hartford needs to be a walkable city to thrive, but the city is built around cars rather than people

Hartford’s city council has said no to higher parking-lot licensing fees — for now. But the city has to figure out how to get more feet on the street, and that was a proven way. This debate is not about parking alone, but about what type of community we want downtown Hartford to be. For 60 years, the city of Hartford has catered to the corporate leaders who have invested in property development (or lack thereof). This has led to easy access to downtown Hartford by automobile, but leaders have paid little attention to access within downtown, especially by foot or bike or transit.

Automobile-dependency as a barrier to vision zero, evidence from the states in the USA

2017 With a traffic fatality rate of 10.6 per 100,000 as of 2013—more than triple that in the UK, the Netherlands, and Sweden—the United States has the worst traffic safety performance of all developed countries. Statewide variations are even more pronounced. North Dakota registers more than twice the national average and five times the rate of Massachusetts. We used panel models and annual data from 1997 to 2013 to capture the effect of seven separate sets of factors that influence traffic safety: exposure, travel behavior, socioeconomics, macroeconomics, safety policies, and mitigating factors such as health care. The results of our panel models and supplementary analysis of state effects show that two variables — Vehicle Miles Traveled and Vehicles per Capita—have the strongest impact on traffic fatality rates.

How similar is China's traffic safety pattern to industrialized countries in their early stage of motorization? An analysis of death registration data for large and small/medium cities

2017 The authors quantify the relationship between traffic fatalities and the motorization rate in China using death registration data for two groups of cities in China (17 large cities and 21 small/medium cities) from 2002 to 2010. Smeed's model is applied to compare the relationship in China to that in other industrialized countries during their early stages of motorization. The study has two principal findings. First, the fatality rate per vehicle decreases with the increase in motorization, a pattern that is consistent with the relationship that Smeed derived for industrialized countries. However, motorization and fatality rate per capita exhibits no clear trend. A second finding is that road safety conditions differ in large cities compared to small/medium cities.

2016 There is a growing interest in developing reliable and meaningful composite indexes of transportation sustainability. Several such indexes have been developed, but none have been used for comparing countries. This paper introduces a cost-oriented national transportation sustainability index (NTSI) and uses it to compare the performance of the United States with 27 selected European countries for the years 2005 and 2011.

Effects of parking provision on automobile use in cities inferring causality

2017 Many cities include minimum parking requirements in their zoning codes and provide ample parking for public use. However, parking is costly to provide and encourages automobile use, according to many site-specific studies. At the city scale, higher automobile use is linked to traffic congestion, environmental degradation, and negative health and safety impacts, but there is a lack of compelling, consolidated evidence that large-scale parking increases cause automobile use to rise. In this study, the Bradford Hill criteria, adopted from the field of epidemiology, were applied to determine whether increases in parking should be considered a likely cause of citywide increases in automobile use.

Progress towards zero, an international comparison: Improvements in traffic fatality from 1990 to 2010 for different age groups in the USA and 15 of its peers

2016 In January 2015, the United States Department of Transportation (USDOT) announced that the official target of the federal government transportation safety policy was zero deaths. Having a better understanding of traffic fatality trends of various age cohorts—and to what extent the US is lagging other countries—is a crucial first step to identifying policies that may help the USDOT achieve its goal.