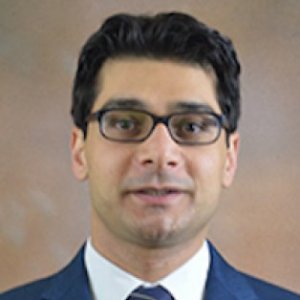 Omid M. Ardakani, assistant professor of economics, completed his Ph.D. in Economics at the University of Wisconsin-Milwaukee in 2015. Ardakani’s research has been published in leading journals such as International Statistical Review, Journal of Economic Dynamics and Control and Studies in Nonlinear Dynamics and Econometrics. In 2018, Ardakani was named the Shirley and Philip Solomons, Sr. research fellow for the Department of Economics at Georgia Southern University. Ardakani is founding director of Georgia Southern’s Statistics and Econometrics Research Group (SERG).

Re-evaluating the effectiveness of inflation targeting

2018 The stochastic error distance (SED) introduced by Diebold and Shin (2017) ranks forecast models by divergence between distributions of the errors of the actual and perfect forecast models. The basic SED is defined by the variation distance and provides a representation of the mean absolute error, but by basing ranking on the entire error distribution and divergence, the SED moves beyond the traditional forecast evaluations. First, we establish connections between ranking forecast models by the SED, error entropy and some partial orderings of distributions. Then, we introduce the notion of excess error for forecast errors of magnitudes larger than a tolerance threshold and give the SED representation of the mean excess error (MEE). As a function of the threshold, the MEE is a local risk measure. With the distribution of the absolute error as a prior for the threshold, its Bayes risk is the entropy functional of the survival function, which is a known measure in the information theory and reliability. Notions and results are illustrated using various distributions for the error. The empirical versions of SED, MEE and its Bayes risk are compared with the mean squared error in ranking regression and autoregressive integrated moving average models for forecasting bond risk premia.

Examining the success of the central banks in inflation targeting countries: the dynamics of the inflation gap and institutional characteristics