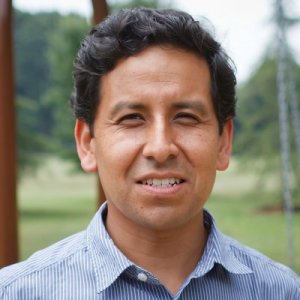 
Pauca has combined his professional research and personal passion to improve the lives of people all over the world.

An expert in image analysis, mobile application development, and computer science education, Paúl Pauca has combined his professional research and personal passion to help improve the lives of people all over the world.

When his son Victor was diagnosed with a rare genetic disorder called Pitt Hopkins Syndrome that makes it difficult for him to communicate, Pauca and a team of Wake Forest students developed an iPhone/iPad app called VerbalVictor as an affordable alternative to expensive communication devices on the market. One of the first apps for assistive communication, VerbalVictor has been downloaded more than 15,000 times and featured by The Associated Press, USA Today and CNN. Pauca says that the experience of interacting with users of VerbalVictor around the country is particularly rewarding and has given him the impetus to start a new line of research, aiming to help those with special needs. More recently his team developed and tested a wearable device allowing people with ALS to interact with mobile devices via slight motions of the head.

Parenting a Child with Special Needs 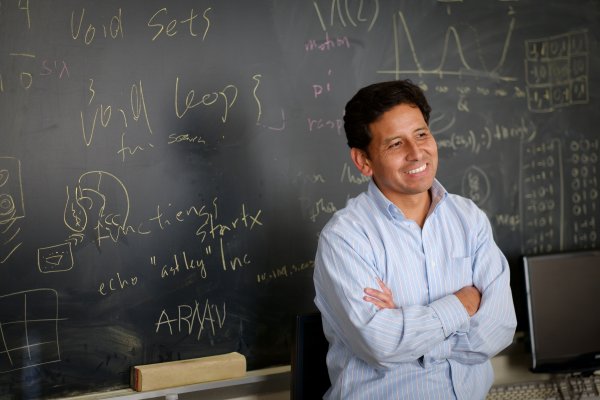 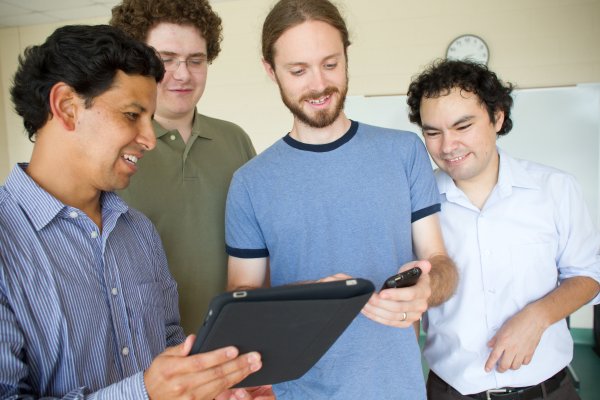 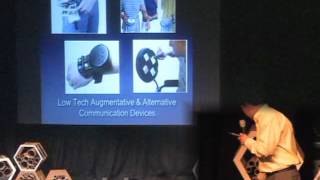 Paul Pauca dreams up app to communicate with disabled son

“It shattered our world,” remembers Paul Pauca, Victor’s father, a Peruvian-born software engineering professor at Wake Forest University in Winston-Salem. “It got dark and very, very negative.” But his wife, Theresa, a special education teacher, helped Pauca see things more clearly, telling him he had the option of “becoming bitter or better” and that waiting for him on the other side was his baby boy...

He talked with computer science professor Paul Pauca, whose 9-year-old son has a rare genetic disorder which limits his language development. Pauca is always looking to find ways to use technology to help people with disabilities, and to make those devices cheaply enough that they can reach those in developing countries who need it...

Giving a voice to the voiceless

“If you’re not able to communicate to express your needs, it can be very frustrating and maddening," said Pauca.

So, Pauca decided to help his son out. Victor now uses apps developed by Pauca on a mobile device to communicate. With a simple touch of a button, he's got a voice...

Detecting objects under shadows by fusion of hyperspectral and lidar data: A physical model approach Proceedings of the 5th Workshop on Hyperspectral Image Signal Processes

Due to lack of direct illumination, objects under shadows often reflect significantly fewer numbers of photons into a remote hyperspectral imaging (HSI) sensor, leading to low radiance levels near to or below noise. Attempts to perform object ...

This chapter discusses the performance of five different iris segmentation algorithms on challenging periocular images. The goal is to convey some of the difficulties in localizing the iris structure in images of the eye characterized by variations in illumination ...

Ocular recognition is a new area of biometric investigation targeted at overcoming the limitations of iris recognition performance in the presence of non-ideal data. There are several advantages for increasing the area beyond the iris, yet there are also key issues ...

The face region immediately surrounding one, or both, eyes is called the periocular region. This paper presents an iris segmentation algorithm for challenging periocular images based on a novel iterative ray detection segmentation scheme. Our goal is to ...

Certain optical aberrations, such as defocus, can significantly degrade the signal collected by an imaging system, producing images with low resolution. In images with depth-dependent detail, such degradations are difficult to remove due to their inherent spatially ...