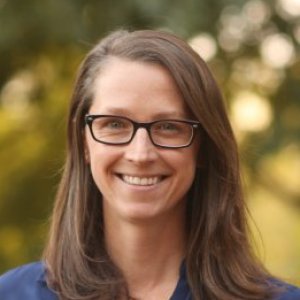 Records are going up in flames - is there any break to America's current heat wave? 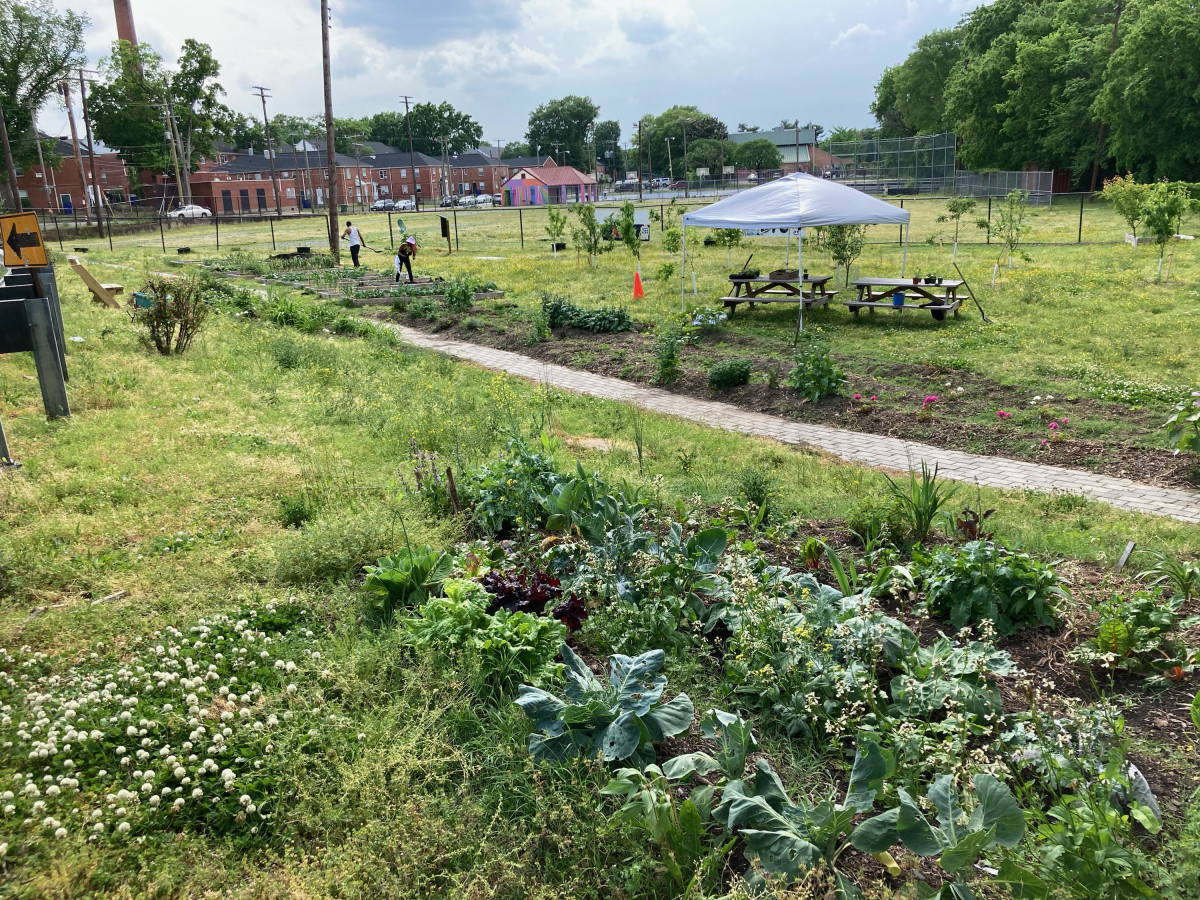 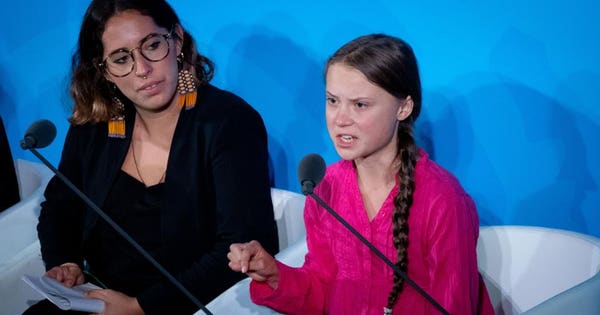 Covering Climate Change? Let Our Experts Help with Your Coverage 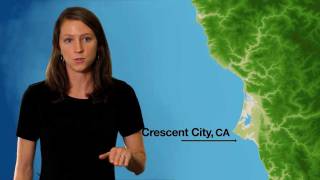 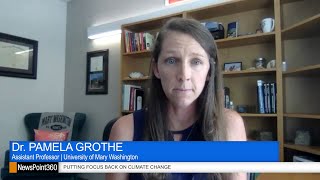 Dr. Pamela Grothe (Medley) is an Assistant Professor in the Department of Earth and Environmental Sciences at the University of Mary Washington. She completed a Ph.D. in Paleoclimatology at Georgia Institute of Technology. Her current research uses fossil oysters and corals to reconstruct climate change over the past hundreds to thousands of years in order to put present-day climate change into context. Her work led to the discovery that El Niño Southern Oscillation (ENSO) variability is stronger today than over the past 6000 years.

Awarded to facilitate attendance at the Urbino Summer School in Paleoclimatology, 2014.

Awarded by Georgia Institute of Technology, 2012.

Awarded by the Cooperative Institute for Research in Environmental Sciences (CIRES) for scientific or engineering achievement, 2009.

Awarded by the University of North Carolina Wilmington to support a student in the Department of Geology, 2007.

Awarded by the University of North Carolina Wilmington, 2007.

Little was known about Fredericksburg’s urban heat islands until this summer, when our two organizations, the University of Mary Washington and Friends of the Rappahannock, partnered on a comprehensive heat-mapping campaign, tracking heat in the city and surrounding counties.

Nature's Guardian: Are we facing a sixth mass extinction?

“The past holds the key to the future,” said Pamela Grothe, a paleo climate scientist at the University of Mary Washington. “If we continue in the trajectory we are on with current emission rates, this study highlights the potential that we may see similar rates of extinction in marine species as in the end of the Permian.”

It's a health issue as well and it's all correlated because part of the reason that there are more underlying health conditions in these more marginalized communities is a good bit due to the air pollution from the highway traffic that's going through those neighborhoods that increases the rates of asthma, which makes dealing with extreme heat much harder. Pamela Grothe is a professor of environmental science at the University of Mary Washington.

As a professor for UMW’s COVID-19 in Context course, I spoke to students and community members on how the worldwide shutdown of economies has affected climate change.

The Free Lance–Star’s recent editorial, [“Bad time for $50/month energy tax,” May 14] was just this paper’s latest in a series of shortsighted tirades against clean energy and efforts to address the climate crisis.

By studying fossilized coral, Grothe determined that extreme El Ninos correspond closely with the time when people began burning coal and oil. “The industrial record really sticks out like a sore thumb," she says. "If you look at the last twenty years – at the intensity of these swings – they are stronger than any 20-year period from the pre-industrial record.”

The modern view of the Earth as a dynamic, constantly-changing planet and the impact of geological processes on our lives. Discussions will include the origin of the solar system and Earth, how earthquakes and volcanoes result from heat-driven plate tectonic processes and our ongoing attempts to predict such hazardous events, and how Earth's rocks and minerals are ingrained in our everyday lives. Streams and groundwater processes, and cycles of mountain uplift and erosion that continuously alter the Earth’s surface, will also be examined. Laboratory.

Prerequisite: EESC 111 or EESC 112 or EESC 120 or EESC 121. This course examines the history of the Earth’s climate system in the context of the two primary modes: Icehouse and Greenhouse. Through critical evaluation of primary literature, written assignments and oral presentations, students will gain an appreciation of the magnitude of temporal and spatial climate reorganizations through time and develop an in-depth understanding of both long and short term cyclic changes that have contributed to the development of our modern climate system.

An introduction to the oceans. Physical and chemical processes affecting seawater; the geology of the seafloor; biological productivity in the oceans; and environmental challenges involving the oceans. Laboratory.

The purpose of this course is to learn about the interrelationship between corals and anthropogenic stressors, with particular emphasis on climate change. Coral reefs serve a diverse ecosystem but are under major threat globally due to warming waters. Additional factors, such as pollution, over fishing, and coral disease cause stress on coral reefs on a more regional level, and when compounded with global warming and ocean acidification, have led to the decline in coral reefs around the world. Students learn about coral reefs, climate change, and regional stressors as well as discuss what can they do, as people and as a society, to improve the situation. Students travel to Bonaire to observe coral reef environments first-hand through SCUBA and to practice coral conservation techniques, such as coral gardening.

2021 The initial lockdown phase of the COVID-19 pandemic presented an unfortunate opportunity to observe how abrupt, large-scale changes in traffic volume can reduce greenhouse gas emissions. This study explores how carbon dioxide (CO2) emissions from Virginia’s transportation sector may have been affected by the changes in activity stemming from COVID-19 to inform more carbon-neutral policies as the state recovers from the economic downfall. Emission savings were calculated by multiplying the percent change from 2019 to 2020 in traffic volume from the Virginia Department of Transportation with the business-as-usual 2020 U.S. Environmental Protection Agency estimate of CO2 emissions for Virginia’s transportation sector. We estimate Virginia’s 2020 COVID-19 transportation CO2 emissions reduction is around 15.0% (14.2 to 15.7%), with reduced passenger vehicle traffic making up the bulk of the inferred reduction. This study highlights the utility of reimagining our current transportation sector as a way to implement sustainable, state-level carbon reduction policies, such as the Clean Car Standards.

2019 The El Niño–Southern Oscillation (ENSO) represents the largest source of year-to-year global climate variability. While Earth system models suggest a range of possible shifts in ENSO properties under continued greenhouse gas forcing, many centuries of preindustrial climate data are required to detect a potential shift in the properties of recent ENSO extremes. Here we reconstruct the strength of ENSO variations over the last 7,000 years with a new ensemble of fossil coral oxygen isotope records from the Line Islands, located in the central equatorial Pacific. The corals document a significant decrease in ENSO variance of ~20% from 3,000 to 5,000 years ago, coinciding with changes in spring/fall precessional insolation. We find that ENSO variability over the last five decades is ~25% stronger than during the preindustrial. Our results provide empirical support for recent climate model projections showing an intensification of ENSO extremes under greenhouse forcing.

2018 El Niño events are characterized by surface warming of the tropical Pacific Ocean and weakening of equatorial trade winds that occur every few years. Such conditions are accompanied by changes in atmospheric and oceanic circulation, affecting global climate, marine and terrestrial ecosystems, fisheries and human activities. The alternation of warm El Niño and cold La Niña conditions, referred to as the El Niño–Southern Oscillation (ENSO), represents the strongest year-to-year fluctuation of the global climate system. Here we provide a synopsis of our current understanding of the spatio-temporal complexity of this important climate mode and its influence on the Earth system.

2016 Time‐consuming and expensive radiometric dating techniques limit the number of dates available to construct absolute chronologies for high‐resolution paleoclimate reconstructions. A recently developed rapid‐screen 14C dating technique reduces sample preparation time and per sample costs by 90%, but its accuracy has not yet been tested on shallow‐water corals. In this study, we test the rapid‐screen 14C dating technique on shallow‐water corals by comparing 44 rapid‐screen 14C dates to both high‐precision 14C dates and U/Th dates from mid‐ to late‐Holocene fossil corals collected from the central tropical Pacific (2–4°N, 157–160°W). Our results show that 42 rapid‐screen 14C and U/Th dates agree within uncertainties, confirming closed‐system behavior and ensuring chronological accuracy. However, two samples that grew ∼6500 years ago have calibrated 14C ages ∼1000 years younger than the corresponding U/Th ages, consistent with diagenetic alteration as indicated by the presence of 15–23% calcite. Mass balance calculations confirm that the observed dating discrepancies are consistent with 14C addition and U removal, both of which occur during diagenetic calcite recrystallization.

2015 Climate change is now the leading cause of coral-reef degradation and is altering the adaptive landscape of coral populations. Increasing sea temperatures and declining carbonate saturation states are inhibiting short-term rates of coral calcification, carbonate precipitation and submarine cementation. A critical challenge to coral-reef conservation is understanding the mechanisms by which environmental perturbations scale up to influence long-term rates of reef-framework construction and ecosystem function. Here we reconstruct climatic and oceanographic variability using corals sampled from a 6,750-year core from Pacific Panamá. Simultaneous reconstructions of coral palaeophysiology and reef accretion allowed us to identify the climatic and biotic thresholds associated with a 2,500-year hiatus in vertical accretion beginning ∼4,100 years ago. Stronger upwelling, cooler sea temperatures and greater precipitation—indicators of La Niña-like conditions—were closely associated with abrupt reef shutdown.

2013 Mapping the nucleation and 3D fault tip growth of the active Osaka-wan blind thrust provides an opportunity to asses how reactivated thrusts build slip from preexisting faults and the threat they pose as sources of large earthquakes. Analysis of folded growth strata, based on 2D trishear inverse modeling allows a range of best-fit models of the evolution of slip and propagation of the fault to be defined. The depth of the fault tip at 1200 ka varies between ∼1.5–4.5 km, suggesting the fault grew upward from high in the crust, and that it is reactivated. From its onset at ∼1500 ka, the fault grew rapidly along strike in ∼300 ky, and upwards with a P/S ratio of 2.5–3.0, but variable fault slip in space and time. Shallower depths of the fault tip at initiation and thinner basin fill correlates with slower propagation with time, contradicting models that argue for sediments as inhibitors of fault growth. Results also suggest the displacement profile of the currently active thrust is offset from its predecessor, assuming shallower depths to the original fault correlate with greater displacement in its prior history. These results suggest reactivated faults may accrue slip differently than newly developed ones, based on the history of upward fault propagation.

2012 The valve area of Fragilariopsis kerguelensis, the most abundant diatom species in the Southern Ocean, strongly changes in size in response to varying conditions in the surface ocean. We examined the link, both in two iron fertilization experiments and in sediment samples covering several glacial Terminations, between size variability in this species and environmental conditions across the Antarctic Polar Front, including sea ice extent, sea surface temperature, and the input of eolian dust. The iron fertilization experiments show valve area to be positively correlated with iron concentrations in ambient waters, which suggests the possibility of a causal relation between valve size of Fragilariopsis kerguelensis and ambient surface water iron concentration. Larger valves are usually found during glacial times and thus seem to be related to lower sea surface temperature and wider sea ice coverage. Moreover, our results indicate that there usually is a strong correlation between larger valve size and increased input of eolian dust to the Southern Ocean.

Paleosalinity history of middle Holocene lagoonal and lacustrine deposits in the Enriquillo Valley, Dominican Republic based on pore morphometrics and isotope geochemistry of ostracoda