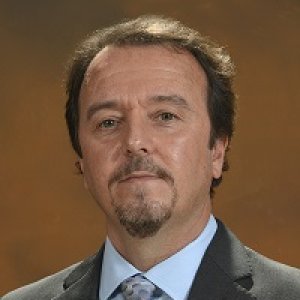 
Dr. Paolo Spadoni is a widely recognized expert on Cuba and its international relations. 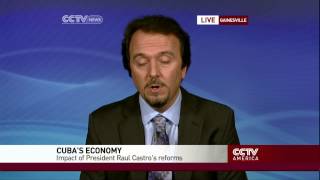 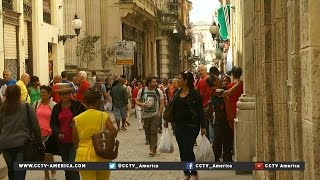 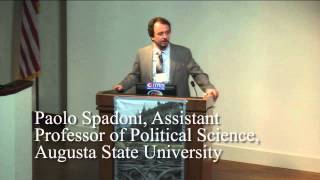 Spadoni is a tri-lingual political economist with a specialization in international relations and a focus on Latin America’s political and business environments. His research focuses on international relations theories, Cuba's economy and business market, foreign investment in Cuba and U.S.-Cuba relations. Spadoni also has a solid background in comparative politics, Cuba-European Union relationship and foreign investment in Costa Rica and the Dominican Republic. He has extensive traveling experience throughout Latin America including countries such as Cuba, Costa Rica, Venezuela, Colombia and Brazil.

Paolo Spadoni, the author of several books on the Cuban economy, said Cuba should on the contrary liberalize distribution, reduce the state quota for Cuban producers and give farmers freer rein to set their own prices...

"It remains to be seen whether these activities will be allowed," said Paolo Spadoni, a Cuba expert in the department of political science at Augusta University in the U.S. state of Georgia...

'A Series of Razors Waiting to Cut You': The High Cost of Doing Business in Cuba

One analyst described the present time as a "rare opportunity" for US businesses to get into Cuba. Another called Cuba the "greatest investment opportunity of the 21st century." But there's also danger. Any entrepreneur entering Cuba "will want to be overly cautious right now," says Paolo Spadoni, a professor of political science at Augusta University and author of the book Cuba's Socialist Economy Today: Navigating Challenges and Change. "Even inviting your [business] partner to a restaurant, this kind of activity will be way more scrutinized than it was before."

"Afro-Cubans have been the biggest reservoir of support for the revolution and are those most affected by worsening inequality," Paolo Spadoni, a political scientist at Augusta University in the United States told the Thomson Reuters Foundation...

As Fidel Castro and his Cuban revolution fade, is Cuba rising?

Seismic changes in the communist economy built by Fidel Castro are enriching some Cubans, scaring others, and sparking imaginations: Will the Caribbean gem shine again?

Cuba is struggling to reawaken its tourism industry after months of pandemic-induced slumber as travelers stay away, threatening to derail the government's plan to haul the economy out of a deepening crisis. The communist-run island, long a popular Caribbean destination, has been betting on tourism to power 4% economic growth this year after the coronavirus pandemic slashed output, resulting in food and medicine shortages and power outages, and contributing to the largest anti-government protests since Fidel Castro's 1959 revolution. News about the protests, the reaction, and economic woes were likely also putting off the return of tourists from outside the United States, said Paolo Spadoni, an expert on the Cuban economy at Augusta University in Georgia. That includes Canadian and Latin American travelers, previously both frequent visitors to the island, he said. "All those negative headlines didn't help Cuba attract a greater number of tourists," he said.

When planeloads of Russian tourists left Cuba this week, their vacations interrupted by war in Ukraine, it marked a sad day in the resort town of Varadero, a visible sign the conflict will rattle the island nation’s fragile economy. Varadero, a finger of white sand extending out into the blue Caribbean sea, has long been a magnet for Russians fleeing the northern winter. In 2021, with much of the world hunkered down amid the coronavirus pandemic, visitors from Russia soared to 40% of total arrivals in Cuba, according to government figures.

Dealing with the New Cuba

2015 Putting an end to decades of unproductive hostility, the Obama administration will move to fully restore diplomatic ties with Cuba and ease travel and commerce restrictions. This article explores some of the implications of this move...

Will They Still Love Us Tomorrow? Canada-Cuba Business Relations and the End of the US Embargo

2012 This article looks at the business prospects for Canadian firms resulting from a gradual easing of US economic sanctions against Cuba...

The truth about Cuba?

2011 Canadian Cuba observers must strive to develop a balanced understanding of these competing narratives about Cuba and of the people who tell them...