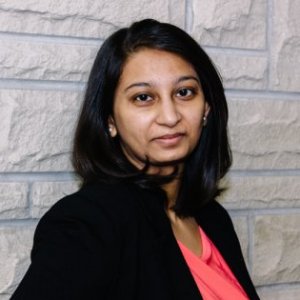 
An astrophysicist with a passion for science communication. 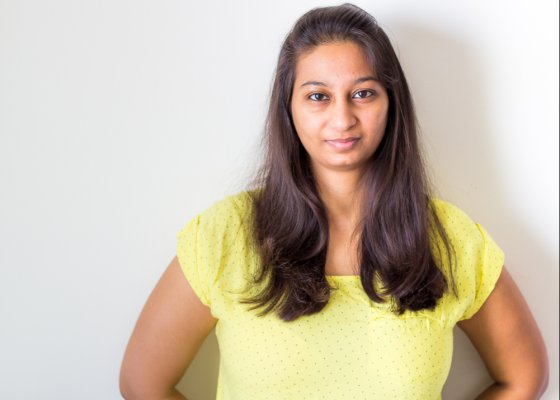 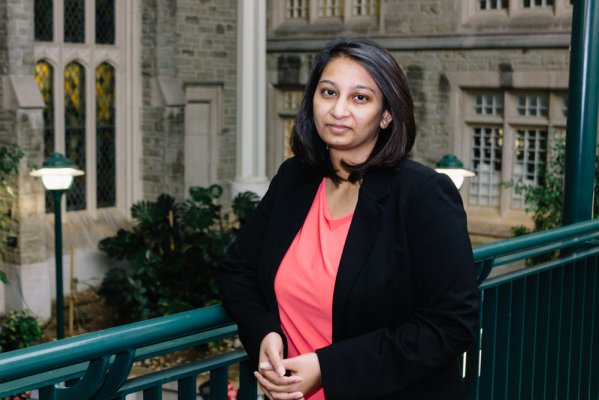 Dr. Parshati Patel is an astrophysicist and a science communicator. Her research focuses on Circumstellar Disks around Massive Stars.

Parshati came to Canada in 2006 from India to pursue her passion for Astronomy. She holds a PhD in Astronomy and Planetary Science & Exploration from the Western University, an MSc in Astronomy and Planetary Science from the Western University and a Hons. BSc in Astronomy and Physics from University of Toronto. During her MSc, Parshati's research focused on studying variability of the circumstellar disk around Classical Be stars. For her PhD and currently, her research is focused on studying inner gaseous disks around young massive stars, Herbig Be stars. She uses observations from large telescopes such as Canada-France-Hawaii Telescope and computational models to deduce the structure of the disk.

Parshati has more than five years of experience in public education and outreach in the field of astronomy and planetary science. She has held various positions in the past five years from an instructor to the coordinator of the outreach program as well as producer, showrunner and co-host of a planetary science themed podcast called Western Worlds. She has coordinated and led numerous workshops and events geared towards elementary and high school students in a classroom setting as well as for the general audience. In addition to the regular programming, Parshati organized highly successful public events at the observatory, such as Lunar Eclipse, International Observe the Moon Night, engaging audiences of ages 4 to 80 and attended by up to 1000 members of the public. She implemented new marketing strategies, particularly through social media, to broaden the scope of the outreach program across southwestern Ontario.

She is currently Outreach Coordinator for Centre for Planetary Science and Exploration at Western University. In her current position, she manages and develops space science and technology themed school and summer programs. She was part of the outreach team that was awarded the Faculty of Science Outreach Award by Western University in 2013. As part of her job, Parshati is frequently interviewed by the local media about the latest news in space science and technology. She has presented various public talks in India encouraging the youth to thinking about space science and space technology as a viable career option.

Dr. Parshati Patel was invited to talk to Western University's radio station, CHRW's Gradcast, about her research work and outreach efforts at Western. 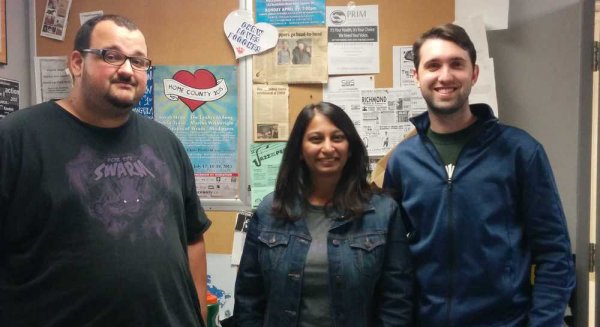 Bringing the universe to the community

Western News talked to Dr. Patel about being engaged in the outreach efforts at the Cronyn Observatory.

The Step Back History channel on YouTube collaborated with Dr. Patel to bring the story of Supernova of 1054 AD.

Exploring by the Seat of your Pants  online

Exploring by the Seat of Your Pants celebrated International Day of Women in Science and Exploration with a full day of Google Hangouts with leading women in science and exploration on February 10th. The day consisted of 27, 30 minute Google Hangouts spread out over 8 hours! Dr. Parshati Patel was one of the 27 women who were invited to take part in the celebrations. 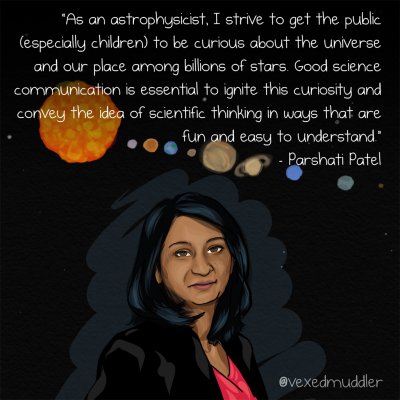 Hα equivalent widths and UBV magnitudes are calculated for Be star disk models that grow in size and/or density with time. We show that these simple models are consistent with the known Be star classes of positive and inverse correlations between long-term variations in Hα and V magnitude as identified by Harmanec. We support the conclusion of Harmanec that the distinction is controlled by the inclination of the disk to the line of sight. We demonstrate that the strength of these correlations, particularly those of an inverse correlation where the system becomes fainter as the Hα emission strength grows, is strongly influenced by the scale height of the inner Be star disk and the extent of the gravitational darkening of the central B star due to rapid rotation. This dependence may allow coordinated spectroscopic and photometric observations to better constrain these poorly known Be star parameters.

We attempt to constrain the physical properties of the inner, gaseous disk of the Herbig Be star BD+65 1637 using non-LTE, circumstellar disk codes and observed spectra (3700-10500 Å) from the ESPaDOnS instrument on the Canada-France-Hawaii Telescope. The photoionizing radiation of the central star is assumed to be the sole source of input energy for the disk. We model optical and near-infrared emission lines that are thought to form in this region using standard techniques that have been successful in modeling the spectra of classical Be stars. By comparing synthetic line profiles of hydrogen, helium, iron, and calcium with the observed line profiles, we try to constrain the geometry, density structure, and kinematics of the gaseous disk. Reasonable matches have been found for all line profiles individually; however, no disk density model based on a single power law for the equatorial density was able to simultaneously fit all of the observed emission lines. Among the emission lines, the metal lines, especially the Ca ii IR triplet, seem to require higher disk densities than the other lines. Excluding the Ca ii lines, a model in which the equatorial disk density falls as 10-10 (R*/R)3 g cm-3 seen at an inclination of 45° for a 50 R* disk provides reasonable matches to the overall line shapes and strengths. The Ca ii lines seem to require a shallower drop-off as 10-10 (R*/R)2 g cm-3 to match their strength. More complex disk density models are likely required to refine the match to the BD+65 1637 spectrum.

Photoionization Models for the Inner Gaseous Disks of Herbig Be Stars: Evidence Against Magnetospheric Accretion?

We investigate the physical properties of the inner gaseous disks of the three, hot, Herbig B2e stars, HD 76534, HD 114981 and HD 216629, by modelling CFHT-ESPaDOns spectra using non-LTE radiative transfer codes. We assume that the emission lines are produced in a circumstellar disk heated solely by the photospheric radiation from the central star in order to test if the optical and near-IR emission lines can be reproduced without invoking magnetospheric accretion. The inner gaseous disk density was assumed to follow a simple power-law in the equatorial plane, and we searched for models that could reproduce observed lines of HI (Hα and Hβ), HeI, CaII and FeII. For the three stars, good matches were found for all emission line profiles individually; however, no density model based on a single power-law was able to reproduce all of the observed emission lines. Among the single power-law models, the one with the gas density varying as ~10^{-10}(R*/R)^3 g/cm^3 in the equatorial plane of a 25R* (0.78 AU) disk did the best overall job of representing the optical emission lines of the three stars. This model implies a mass for the Hα-emitting portion of the inner gaseous disk of ~10^{-9} M*. We conclude that the optical emission line spectra of these HBe stars can be qualitatively reproduced by a ~1 AU, geometrically thin, circumstellar disk of negligible mass compared to the central star in Keplerian rotation and radiative equilibrium.