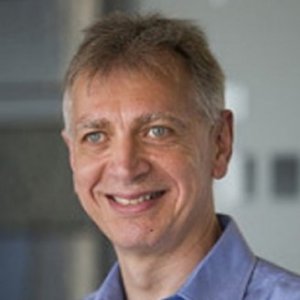 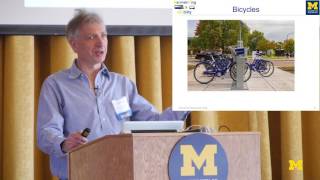 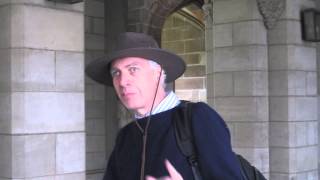 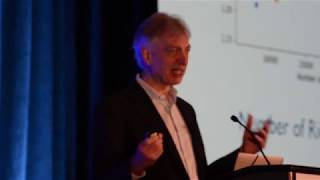 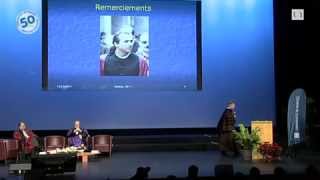 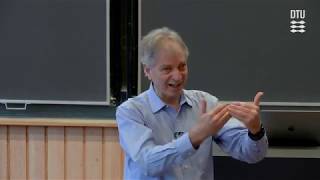 Pascal Van Hentenryck is an A. Russell Chandler III Chair and Professor in the H. Milton Stewart School of Industrial and Systems Engineering at Georgia Tech. Prior to this appointment, he was a professor of Computer Science at Brown University for about 20 years, he led the optimization research group (about 70 people) at National ICT Australia (NICTA) (until its merger with CSIRO), and was the Seth Bonder Collegiate Professor of Engineering at the University of Michigan. Van Hentenryck is also an Honorary Professor at the Australian National University.

Van Hentenryck is a Fellow of AAAI (the Association for the Advancement of Artificial Intelligence) and INFORMS (the Institute for Operations Research and Management Science). He has been awarded two honorary doctoral degrees from the University of Louvain and the university of Nantes, the IFORS Distinguished Lecturer Award, the Philip J. Bray Award for teaching excellence in the physical sciences at Brown University, the ACP Award for Research Excellence in Constraint Programming, the ICS INFORMS Prize for Research Excellence at the Intersection of Computer Science and Operations Research, and an NSF National Young Investigator Award. He received a Test of Time Award (20 years) from the Association of Logic Programming and numerous best paper awards, including at IJCAI and AAAI. Van Hentenryck has given plenary/semi-plenary talks at the International Joint Conference on Artificial Intelligence (twice), the International Symposium on Mathematical Programming, the SIAM Optimization Conference, the Annual INFORMS Conference, NIPS, and many other conferences. Van Hentenryck is program co-chair of the AAAI’19 conference, a premier conference in Artificial Intelligence.

Van Hentenryck’s research focuses in Artificial Intelligence, Data Science, and Operations Research. His current focus is to develop methodologies, algorithms, and systems for addressing challenging problems in mobility, energy systems, resilience, and privacy. In the past, his research focused on optimization and the design and implementation of innovative optimization systems, including the CHIP programming system (a Cosytec product), the foundation of all modern constraint programming systems and the optimization programming language OPL (now an IBM Product). Van Hentenryck has also worked on computational biology, numerical analysis, and programming languages, publishing in premier journals in these areas.

After the conference, the Squirrel AI Learning Team attended the AAAI Dinner, where they conducted a further exchange and discussion with many famous experts and scholars from home and abroad, including Ian Goodfellow, a senior research scientist and the luminary on GANs at Google, Zhou Zhihua, Head of School of AI, Nanjing University, and Co-chair of AAAI, Cynthia Breazeal, an associate professor at MIT Media Lab, Pascal van Hentenryck, Academic Chairman of Industrial and Systems Engineering, Georgia Institute of Technology and Co-chair of AAAI, Todd Neller, a professor at the Gettysburg College and Chairman of the EAAI Program Committee, and Andy Li, a professor at Department of Computer Science, University of Florida.

Pascal Van Hentenryck, the Seth Bonder Collegiate professor at the U-M College of Engineering, has been working on related projects for years. But he had the idea for RITMO after seeing empty buses traveling across campus. He noted that fixed-route buses make sense in busy corridors with a high density of riders, but in other areas, the buses were not being used efficiently. A U-M team did some surveys about how students and faculty use transportation options to come up with new, more efficient options. Van Hentenryck says the future of transportation is "on-demand and multi-modal," and notes that RITMO's advantages are that it is "dynamic and completely integrated..."

Pascal Van Hentenryck, the Seth Bonder Collegiate professor at the College of Engineering, is leading the RITMO project. He explained how the new system hopes to resolve inefficiencies within our current transportation system by solving the so-called first and last mile problem, when individuals have to walk more than a “comfortable distance,” typically 1/4 miles. “I noticed the bus running mostly empty along the edge of campus, and I thought, ‘Wow, can we actually do an on-demand multimodal transit system here?’” he said. “That’s where the RITMO project started...”

“Evacuation planning has come a long way since Katrina, which didn’t use zone-based evacuation,” said Pascal Van Hentenryck, U-M professor of industrial and operations engineering. “But even today, zone-based evacuations are fairly coarse. The zones are large, and detailed routing and timing aren’t provided. Plans are developed manually, with computer simulations run late in the process to predict how they’ll play out on the ground.” Van Hentenryck’s approach differs in that it uses computer modeling from the get-go. It crunches a staggering number of variables, from population density to infrastructure and even the projected behavior of evacuees. “The number of possible outcomes in these scenarios is greater than the number of atoms in the universe,” Van Hentenryck said. “It’s important to eliminate as many possibilities as possible early in the process, so we apply some very sophisticated analysis techniques to do that...”

2019 Many applications of machine learning and optimization operate on data streams. While these datasets are fundamental to fuel decision-making algorithms, often they contain sensitive information about individuals, and their usage poses significant privacy risks. Motivated by an application in energy systems, this paper presents OptStream, a novel algorithm for releasing differentially private data streams under the w-event model of privacy. OptStream is a 4-step procedure consisting of sampling, perturbation, reconstruction, and post-processing modules. First, the sampling module selects a small set of points to access in each period of interest. Then, the perturbation module adds noise to the sampled data points to guarantee privacy. Next, the reconstruction module re-assembles non-sampled data points from the perturbed sample points. Finally, the post-processing module uses convex optimization over the privacy-preserving output of the previous modules, as well as the privacy-preserving answers of additional queries on the data stream, to improve accuracy by redistributing the added noise. OptStream is evaluated on a test case involving the release of a real data stream from the largest European transmission operator. Experimental results show that OptStream may not only improve the accuracy of state-of-the-art methods by at least one order of magnitude but also supports accurate load forecasting on the privacy-preserving data.

2019 This paper considers real-time dispatching for large-scale ride-sharing services over a rolling horizon. It presents RTDARS which relies on a column-generation algorithm to minimize wait times while guaranteeing short travel times and service for each customer. Experiments using historic taxi trips in New York City for instances with up to 30,000 requests per hour indicate that the algorithm scales well and provides a principled and effective way to support large-scale ride-sharing services in dense cities...

2019 Interdependent systems with mutual feedback are best represented as a multi-level mathematical programming, in which the leader decisions determine the follower operations, which subsequently affect the leader operations. For instance, a recent paper formulated the optimization of electricity and natural gas systems with physical and economic couplings as a tri-level program that incorporates some constraints cutting off first-level solutions (e.g., unit commitment decisions) based on the dual solutions of the third-level problem (e.g., natural gas prices) to ensure economic viability. This tri-level program can be reformulated as a single-level Mixed-Integer Second-Order Cone Program (MISOCP), which is equivalent to a "standard" MISOCP for a joint electricity-gas system with additional constraints linking the first-level variables and the dual variables of the inner-continuous problem. This paper studies how to apply Benders decomposition to this class of mathematical programs. Since a traditional Benders decomposition results in computationally difficult subproblems, the paper proposes a dedicated Benders decomposition where the subproblem is further decomposed into two more tractable subproblems. The paper also shows that traditional acceleration techniques, such as the normalization of Benders feasibility cuts, can be adapted to this setting. Experimental results on a gas-aware unit commitment for coupled electricity and gas networks demonstrate the computational benefits of the approach compared to a state-of-the-art mathematical programming solver and an advanced Benders method with acceleration schemes.

2019 The dynamics of flooding are primarily influenced by the shape, height, and roughness (friction) of the underlying topography. For this reason, mechanisms to mitigate floods frequently employ structural measures that either modify topographic elevation, for example, through the placement of levees and sandbags, or increase roughness, for example, through revegetation projects. However, the configuration of these measures is typically decided in an ad hoc manner, limiting their overall effectiveness. The advent of high‐performance surface‐water modeling software and improvements in black‐box optimization suggest that a more principled design methodology may be possible. This paper proposes a new computational approach to the problem of designing structural mitigation strategies under physical and budgetary constraints

International Conference on the Integration of Constraint Programming, Artificial Intelligence, and Operations Research

2018 This paper considers the problem of releasing optimal power flow benchmarks that maintain the privacy of customers (loads) using the notion of Differential Privacy. It is motivated by the observation that traditional differential-privacy mechanisms are not accurate enough: The added noise fundamentally changes the nature of the underlying optimization and often leads to test cases with no solution. To remedy this limitation, the paper introduces the framework of Constraint-Based Differential Privacy (CBDP) that leverages the post- processing immunity of differential privacy to improve the accuracy of traditional mechanisms. More precisely, CBDP solves an optimization problem to satisfies the problem-specific constraints by redistributing the noise. The paper shows that CBDP enjoys desirable theoretical properties and produces orders of magnitude improvements on the largest set of test cases available.