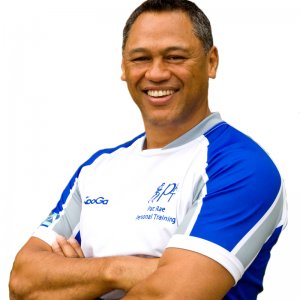 
Experienced and down to earth speaker that connects to his audience leading them on a journey towards a fitter, stronger and healthier perso 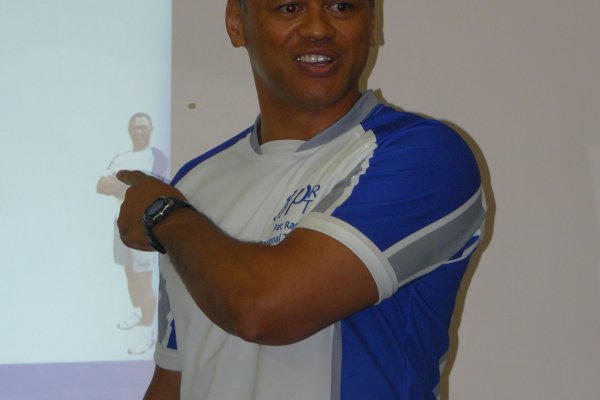 In 1985, as a “wet behind the ears” 19 year old Pat began his working life as a Police officer in South Auckland New Zealand.

In those days the streets of South Auckland were typical of the “Once Were Warriors” portrayal, especially as a 19 year old Maori, trying to police his own kind.

Often abused by his peers, familiar terms like “Plastic Maori”, “Traitor” and “Potato” were often shouted at him.

Working mainly in uniform Pat spent a number of years as a dog handler before seeking refuge for more reasonable working hours and conditions by seeking promotion, finally attaining the rank of Sergeant within Prosecutions Section.

In 1997, Pat resigned from the New Zealand Police to shift to sunnier skies and entered the private investigations industry here in Australia, firstly in Brisbane and more recently in Melbourne. Nicknamed “Tracker” by his peers for never letting up he was involved in a number of high profile cases including the civil case surrounding the death of former Australian cricketer David Hookes.

At the same time, Pat was forging a very successful sporting career as a rugby union referee travelling to some of the world’s top sporting arenas as a match official.

Whilst forging his referee career, Pat chose to pursue his passion for exercise and health by becoming a Health, Wellness and Life Performance Coach in 2005. He soon became sought after by a number of large corporations as a motivational speaker because of his expertise in changing people’s lives and holding an audience.

An internationally published author, married with three beautiful children and a soon to be grandfather, in his spare time Pat sings, plays the guitar, trains dogs to be obedient and in 1991 was voted the 2nd best father of the year.

Beyond Success Mouthing Off For Big Money 12 Month Program (professional)

Spending 12 months working with one of Australia's leading motivational and personal development speakers in Paul Blackburn, I discovered the formula he follows that consitently earns him millions at his events. having had an opportunity to put into practice what he taught me, I am now reaping the rewards by running my own events that constantly earn me thousands.

Debunking the Fat vs Sugar MYTH

Here's and irrefutable fact: EATING FAT DOES NOT MAKE YOU FAT. Wanna know what does? Find out in this 45 minute talk that unlocks the myth that we have all been told. That eating a low fat diet and exercising for 30 minutes a day will reduce your body fat levels. WHAT A LOAD OF CRAP. have you not seen our current obesity rates sky rocketing through the roof. For the past 40 years we've been lied to and we are now fatter and sicker than ever before.

Its OK To Look Fat when You Breathe

An informative 30 min talk teaching the audience how to eliminate back pain forever through the relearning of a simple breathing technique called, "BREATHING like BABIES"

The Secret Fountain of Youth UNLOCKED