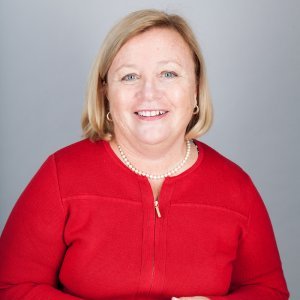 
Patricia Crenny is an expert in financial and tax accounting.

Crenny is an expert on issues related to retirement, insurance and financial services and tax and financial accounting. Prior to teaching at Villanova, Crenny held tax manager positions at PriceWaterhouseCoopers and Nationwide Provident Life Insurance.

How the GOP plan will affect taxes in Philly, its suburbs

The House plan would limit it to $10,000 of property taxes, and the Senate was poised to adopt a similar cap Friday, according to a source familiar with the planning. "That is pretty nasty," for New Jerseyans, who face high income taxes and the country's steepest property taxes, said Patricia Dorris-Crenny, an accounting instructor at Villanova's business school. "In those high-property tax states, $10,000 isn't going to cut it … They're going to be leaving money on the table."

As the debate surrounding tax reform envelops Washington and scores of special interest groups and lobbyists swarm the halls of Congress, there is a small line in Section 1204 of the House GOP tax bill that is getting very little attention, but will have an outsized impact on faculty and staff working at America’s colleges, universities and other private institutions.

AmeriHealth New Jersey lost money, but how much?

Cooper Health System, which owns 20 percent of AmeriHealth New Jersey, said its share of the health insurer's 2016 loss was $5.29 million, down sharply from a $9.26 million loss the year before. Based on Cooper's 20 percent stake, that would translate into overall AmeriHealth New Jersey losses of $26.43 million last year and $46.28 million the year before, but the New Jersey insurer's majority owner, Independence Health Group, disputed the magnitude of the losses. … Patricia Dorris Crenny, an accounting instructor at Villanova University, said a possible explanation for the discrepancy would be that Cooper is adding in an accounting expense of some sort, but that is not evident from Cooper's financial statement.