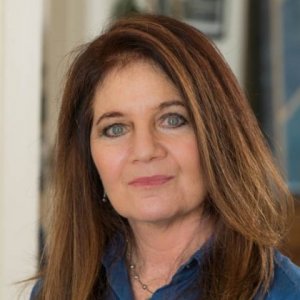 As Clinical Assistant Professor of Screenwriting and Graduate Director of LMU’s Writing for the Screen and Writing and Producing for Television MFA programs, screenwriter and producer Patricia K. Meyer is enjoying her twentieth year as an educator.

Known for her passion for true-crime stories and the tragicomic foibles of humanity, Meyer has a particular expertise in adaptation. She's written and sold eight true-crime features for for Martin Scorsese and for major studios, including Touchstone and New Line for Robert De Niro's Tribeca Productions. She's also written miniseries and movies-of-the-week for CBS and NBC, and created and sold a one-hour drama series at CBS.

During the course of her career, Meyer has developed and executive-produced six network TV movies with Von Zerneck/Sertner Films. Her first production, the ABC 4-hour miniseries THE WOMEN OF BREWSTER PLACE starring Oprah Winfrey, received an Emmy® nomination and an Image Award for Outstanding Miniseries. She also exec-produced Nora Ephron’s directorial debut, THIS IS MY LIFE, for 20th Century Fox.

Meyer continues to write and sell feature screenplays and pilots and enjoys lecturing to small and large audiences. Each summer she teaches screenplay adaptation to novelists and journalists at the Community of Writers at Squaw Valley in California.

Meyer's directorial debut THE LIST, a short tragi-comedy she also wrote and produced, screened at major film festivals. Her short UNSPOKEN has received numerous honors as well, including “Best of Fest” at Philadelphia’s First Glance. Her first play TURNAROUND was performed at the Hothouse Series at the Pasadena Playhouse and the Blank Theater.

Activities and Societies: Year Long workshop with a dozen selected fiction writer working intensively on our Masters Thesis, a collection of short stories. Honored to work with Richard Yates.