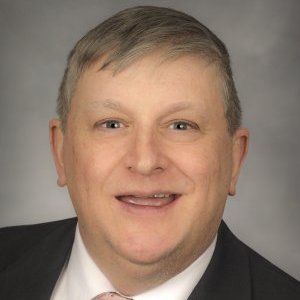 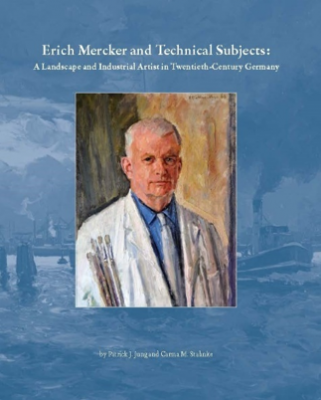 Dr. Patrick Jung is a professor in MSOE's Humanities, Social Science, and Communication Department. He is a historian who also teaches courses in art history and cultural anthropology. Jung joined MSOE in 2003 and teaches humanities and social science courses including Freshman Studies I, Russian History, the American Revolution, the American Civil War and Reconstruction, World War II, Art History, German Art History, Culture & Health in Central America, Cultural Anthropology, American Indian Culture, and German History. His German Art History course includes travel to Munich, Germany to visit the city’s many art museums. He also leads students on international service-learning trips to Central America as part of his Culture & Health in Central America course. Jung has authored books on various topics concerning American history (particularly American Indian history) and German art history. He is currently researching the early history of Wisconsin’s Ho-Chunk Indian tribe, the War of 1812 in the upper Mississippi Valley, and German industrial art in the first half of the twentieth century. He also part of a research team that examines the pedagogical preparation of students for international service-learning experiences.

State Historical Society of Iowa (for publication of Lonely Sentinel: A Military History of Fort Madison, 1808-1813)

I provided research support concerning the Lake Michigan shoreline and its development to a nonprofit organization that seeks to preserve parks and other natural areas for public use. The organization sought to prevent the private development of land along the Lake Michigan shoreline in order to maintain the land for public purposes. I conducted research into the previous use of the land for use in courtroom litigation.

I provided research concerning the treaties signed by the Potawatomi Indians with the United States and Canadian governments. Lord Cultural Resources hired me to do this work for the Forest County Potawatomi of Wisconsin for a museum display that illustrates and describes all the treaties that the tribe has signed in its history.

Interview: Secrets of the Viking Stone

This interview concerned the authenticity of the Kensington Runestone for a documentary titled The American Runestone produced by Viking Brothers Entertainment of Los Angeles, California (forthcoming).

Researcher says Jean Nicolet Was a Diplomat, Not Explorer

In this interview, MSOE professor Patrick Jung, discusses why the famed story of Jean Nicolet is inaccurate.

Interview: The Misunderstood Mission of Jean Nicolet: Uncovering the Story of the 1634 Journey

This interview concerned the publication my book on the French diplomat and explorer Jean Nicolet.

Interview: The Misunderstood Mission of Jean Nicolet: Uncovering the Story of the 1634 Journey

This interview concerned the publication my book on the French diplomat and explorer Jean Nicolet. The interview aired live on April 2, 2019 on WHAD, Milwaukee, Wisconsin as part of the Larry Meiller Show.

Dr. Patrick J. Jung was honored by the state of Iowa for his article, “Lonely Sentinel: A Military History of Fort Madison, 1808-1813,” which was published in The Annals of Iowa, summer 2016.

Interview: The Black Hawk War of 1832 and the Battle of Wisconsin Heights

This interview concerned the publication of my two books on the Black Hawk War of 1832 as part of the show Central Time with host Veronica Rueckert. The interview aired later that day, December 4, 2014, on WHA in Madison, Wisconsin.

This interview concerned the publication of my book on the German painter Erich Mercker on the show University Place Presents with host Norman Gilliland. The interview first aired on January 26, 2015 on WHA-TV, Channel 21 in Madison, Wisconsin.

Almost immediately upon its opening, the museum came under fire for including works of the 20th century German landscape painter and industrial artist Erich Mercker, without duly noting Mercker’s involvement with the Nazi party. That controversy set Dr. Patrick Jung on a scholastic quest to find out more about Mercker and other industrial artists working in Germany at the time.

Fleur-de-lis over the Badger State: The French History of Wisconsin, 1634-1763

Red Banks: The Land and Its People

The Misunderstood Journey of Jean Nicolet

The Misunderstood Mission of Jean Nicolet: Uncovering the Story of the 1634 Journey

General survey of American history from late prehistory to the end of the twentieth century. Includes specific courses on the American Revolution and the American Civil War and Reconstruction

General survey of German history from prehistory to the present. Includes a course on the history of World War II.

General survey of cultural anthropology that includes an overview of the concepts used in cultural anthropology and the theoretical frameworks used to interpret culture. Includes specific courses on American Indian cultures and the culture of Central America with an emphasis on health and healthcare.

My research focuses on Indian-White relations in the North American Great Lakes region from the Age of Exploration to the reservation era. I have researched extensively on early French exploration of the Great Lakes as well as various conflicts including the War of 1812, the Winnebago Uprising of 1827, and the Black Hawk War of 1832.

The Milwaukee School of Engineering provides grants to faculty members who develop special projects in the summer that benefit the university. I received a $6,100 grant along with three other faculty members to fund a project titled “Academic Value of Student Preparation for Short-Term Humanitarian International Experiences.” This was an IRB-approved research project to examine the effectiveness of coursework for better preparing students for short-term international humanitarian missions.

This grant covered the costs to produce a booklet describing the various German artists whose works are part of the collection of the Grohmann Museum in Milwaukee, Wisconsin.

The Milwaukee School of Engineering provides grants to faculty, staff, and students who develop new academic programs that include Servant-Leadership and international service-learning opportunities. The total grant received was $1,400 and was used to provide funding for myself and two other faculty members to travel to Honduras in March 2015 with fifty MSOE students to do medical and architectural service work.

I received a grant to research and write an article for the historical journal Annals of Iowa on the history of Fort Madison, a small army post in present-day Iowa, during the War of 1812.

The University of Wisconsin System provided the Milwaukee School of Engineering a grant to develop a collaborative relationship with Saint Joan Antida High School in Milwaukee, Wisconsin. The purpose was to better prepare minority high school women for entering post-secondary education in the fields of science, technology, engineering, and mathematics (STEM). I developed and wrote the proposal, served as the principal grant coordinator, and implemented the collaborative relationship between these two institutions. This program was later integrated in MSOE’s Carter Academy.

Short-term international humanitarian missions (STIHMs) are an increasingly common phenomenon by which volunteers from developed countries provide aid to residents of less-developed countries. Before conducting a STIHM, participants should learn about the host culture as well as ethical principles that obviate against the development of a savior complex. The authors present the results of a study that examines the effectiveness of an academic preparatory course for undergraduate students who participate in STIHMs. The results demonstrate that such a course ensures participants have a greater knowledge of the host culture, a stronger ethical framework, and more confidence concerning their participation.

American Indian societies in the trans-Appalachian West developed an ideology of resistance to American settler colonialism in the eighteenth century that culminated in the Indian-British alliance during the War of 1812. Leaders such as the Sauk warrior Black Hawk continued this tradition in the decades that followed. While he hoped to retain the Sauk homeland east of the Mississippi River through a peaceful show of force, a series of events in the spring and summer of 1832 resulted the war that bears his name.

The Misunderstood Mission of Jean Nicolet: Uncovering the Story of the 1634 Journey

The story of Jean Nicolet’s 1634 journey to the western Great Lakes rests on a thin evidentiary foundation that forced early historians to proffer erroneous conclusions concerning his westward mission. Later scholars repeated these errors until they were accepted as unequivocal facts. Peeling away these fictions reveals a story that is more interesting and more complicated. Of particular importance to understanding Nicolet is examining the life and career of his superior, Samuel de Champlain, whose diplomatic objectives are crucial to interpreting Nicolet’s journey. Gaining a clearer understanding of Nicolet’s 1634 voyage also provides a window into the protohistory of the Native peoples of the western Great Lakes.

The Scope of Early Twentieth-Century German Industrial Art: Works in the Grohmann Museum of Art

Adolph Menzel's famous painting Eisenwalzerz (Iron-Rolling Mill, 1872-1875) is considered one of the greatest works of German Realism as it sought to depict, in an authentic manner, the difficult and dangerous work of the industrial worker. It also sought to glorify Germany's economic and industrial might. These two themes—authentic depictions of industrial workers, and industry as a symbol of German national strength—are found in many works in the Grohmann Museum. Inspired by Menzel, other German industrial artists such as Josef Jünger, Willy Nus, Fritz Gärtner, Otto Bollhagen, and Erich Mercker continued to produce visual representations of German industry during the first half of the twentieth century. The Grohmann Museum possesses many excellent examples of works by these artists.

Fort Madison was the first American fort in upper Mississippi Valley and the site of one of the westernmost battles of the War of 1812. Significantly, it was the only army post in present-day Iowa ever to be attacked by Indians. Scholars who have studied Fort Madison generally agree that its location was its greatest liability. An examination of Fort Madison’s short history reveals the military weaknesses the United States in the upper Mississippi Valley in the era of the War of 1812 and explains the various military setbacks the young republic experienced at the hands of Indian-British alliance during the conflict.

Toward the Black Hawk War: The Sauk and Fox Indians and the War of 1812

Like most Indian tribes in the Old Northwest, the Sauk and Fox (also known as Meskwaki) allied with the British during the War of 1812. This resulted in the development of ideology of resistance among the two tribes as they contested American settler colonialism in the decades after the conflict. This ideology resulted in the short-lived Winnebago Uprising of 1827, and it remained evident among the Sauks and Foxes as well. Moreover, it prompted the Sauk war leader Black Hawk to resist removal westward in 1832 during the conflict that bears his name.

Erich Mercker and Technical Subjects: A Landscape and Industrial Artist in Twentieth-Century Germany

Erich Mercker’s life and work as a German artist in the first half of the twentieth century offers a window into two under-researched facets of German art history. First, he was one of a handful of artists who, in the spirit of Adolph Menzel, believed the industrial landscape constituted a subject worthy of artistic representation. Second, the Nazi state patronized many of these artists during the 1930s and 1940s, and this propelled Mercker and other industrial artists to great renown during the era of the Third Reich. A growing body of scholarship argues that Nazi-era art exhibited many modernist attributes, and this included the many pieces of industrial art purchased and commissioned by the Nazi state.

The Encyclopedia of War

The Black Hawk War was the last Indian war fought in Wisconsin and Illinois between May and August 1832. The Sauk warrior Black Hawk led the Indian forces while Brigadier General Henry Atkinson commanded the US forces (which consisted mostly of militia volunteers). The war could have been avoided because Black Hawk did not intend to initiate a conflict. However, the lack of discipline exhibited by the militia brought about an escalation. Throughout the war, Black Hawk's forces were generally outnumbered by the militia and US Army regulars, and this proved decisive.