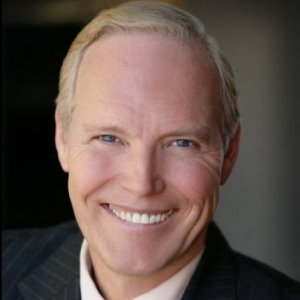 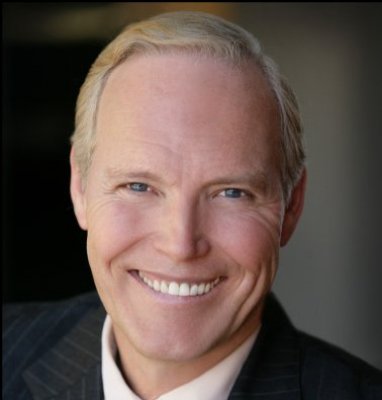 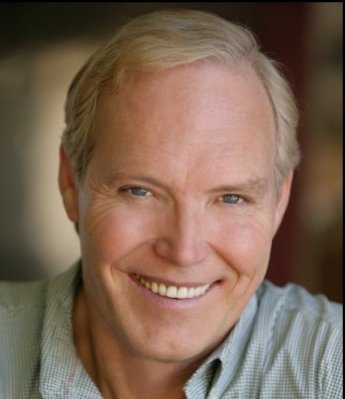 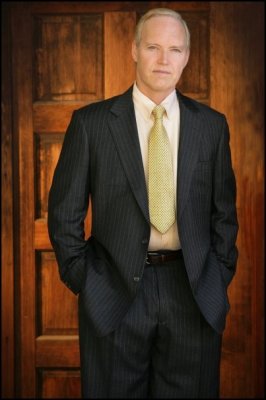 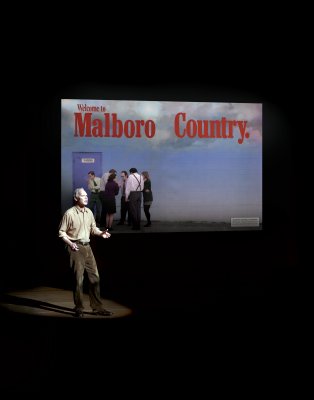 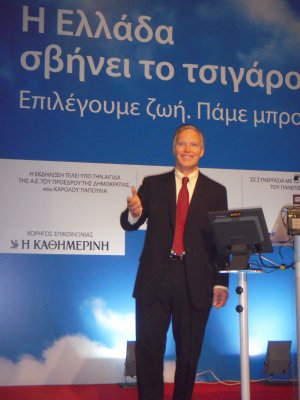 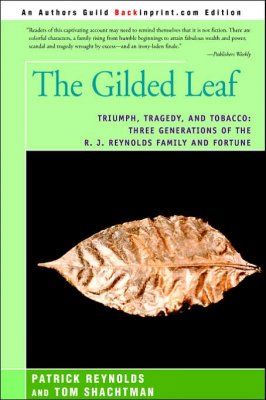 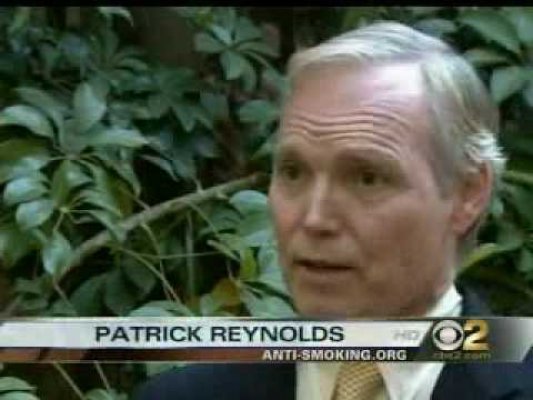 Patrick Reynolds is Executive Director of the Foundation for a Smokefree America, and author of the book, The Gilded Leaf. His advocacy work, national news interviews and motivational talks to youth and adults have reminded millions of people of the dangers of smoking, and have made him a well known and respected champion of a tobacco-free society.

A grandson of cigarette company founder R.J. Reynolds, Patrick first spoke out publicly at a Congressional hearing in favor of a ban on all tobacco advertising in 1986. Former US Surgeon General C. Everett Koop said in 2003, "Patrick Reynolds is one of the nation's most influential advocates of a smokefree America. His testimony is invaluable to our society."

Patrick watched his father, R.J. Reynolds, Jr., his oldest brother R.J. Reynolds III, and other members of his family die from cigarette-induced emphysema and lung cancer. Concerned about the mounting health evidence, he made the decision to speak out against the industry his family helped build.

A popular speaker before large conferences, universities, and community groups, Patrick also offers to speak to children at a local middle or high school.

Over the years, he has also spoken before dozens of municipal and State legislatures in support of proposed smoking ordinances which became law. He has campaigned for numerous State cigarette tax increases, FDA regulation of tobacco, Statewide smoking bans, and laws to limit youth access to tobacco. He has approached several members of Congress about the aggressive marketing of US brands in the Third World and Asia.

In April, 2009, Mr. Reynolds was invited by Greece’s Health Minister to speak in Athens, where his talks received wide Greek media coverage. Mr. Reynolds' Foundation is presently seeking sponsors for tours of other nations with high rates of tobacco use, and his group hopes to bring the tobacco free message to over one billion people around the world.

He has received numerous awards and honors, including from the UN's World Health Organization and Chicago's Mt. Sinai Hospital, which awarded him its Humanitarian of the Year award.

The Gilded Leaf is the riveting, dramatic saga of the R. J. Reynolds tobacco family, one of America’s richest and most intensely private clans. Spanning three generations, the Reynolds’s story moves from the triumphs of founder and corporate genius R. J. to the dissipation, scandal, and tragedy that plagued his children and grandchildren. There is a redemptive close, with grandson Patrick Reynolds founding Smokefree America and becoming a leading anti-smoking advocate.

Founder – Be An Elf: Letters to Santa (personal)

Our Christmas charity's mission is to create public awareness of the little-known USPS program Operation Santa and to inspire people to catch the true spirit of the holidays. Every Christmas season, we recruit thousands of new volunteers for Operation Santa, and let people know to location of a post office in a big city near them which distributes letters to Santa from needy kids writing to Santa for food or clothes.

The Foundation for a Smokefree America is a nonprofit organization whose mission is to educate youth and adults about tobacco, to prevent young people from beginning to smoke, and to help people quit smoking successfully. The organization provides school-based programs to educate children through smoking prevention activities and educational materials, and offers smokers resources to help them quit successfully.

The Truth About Tobacco (2011 Edition) is a multimedia presentation which helps empower youth to stay tobacco free and drug free. The video emphasizes the addictiveness of nicotine, and opens students' eyes to how tobacco advertising can manipulate teens. The package empowers students to also make responsible choices about drugs and alcohol, and comes with a Teacher's Class Discussion Guide.

Filmed documentary, "Berkeley," in 1969 - 70, presented at the Cannes Film Festival in 1970, where it won a prize. Film showed life on and off campus: old Telegraph Avenue, riots on campus in front of Sproul Plaza incited by the "Third World Liberation Front," the construction of "People's Park," the arrival of the National Guard at the park, protests, a graduation ceremony and more.

We hosted Patrick Reynolds for three lectures. He spoke at two middle schools to more than 1600 schoolchildren and teachers, and also gave a well attended community lecture for the public. Reynolds' impassioned talks were informative, funny, profound, motivating and poignant. A dazzling speaker, he skillfully mixed colorful stories about the RJ Reynolds family, Massachusetts and national tobacco data on a range of issues, and grabbed the attention of middle school children through the use of story, video, and role-playing on how to ask parents to quit smoking. Patrick Reynolds' passion and belief in his mission of preventing children from smoking was a resounding success for the community and for Jordan Hospital.

Patrick Reynolds was an outstanding outreach to our community for Sheppard Pratt Health System in Baltimore. Mr. Reynolds delivered a powerful and motivating talk to our high school, where our local newspaper as well as Baltimore's NBC and ABC affiliates' news crews covered him. Following his talk to youth at Forbush school, he spoke in our hospital's conference hall to about 150 community members and staff. There was tremendously positive feedback from both teachers and students at the school, and also from adults who attended his community talk later in the day. Mr. Reynolds is, simply stated, a wonderful speaker.

Our hospital booked Patrick Reynolds to speak at our annual Heart Festival. We were able to get several well-respected media outlets to attend the discussion and received major-market media coverage as a result. Because of Reynolds' unique story and name recognition, we were able to draw in new patients who had never been to our hospital or our festival before -- we were thrilled about that. As a speaker, Mr. Reynolds engaged the audience with stories of triumph as well as sadness, and he had us both laughing and crying – sometimes simultaneously! In fact, my office received several enthusiastic phone calls afterwards, thanking us profusely for offering such an engaging, knowledgeable and dynamic speaker. This was unprecedented.

Student attendance was outstanding, and exceeded my hopes. The room was packed full with students, faculty and community members. The audience seemed captivated as he spoke. This highly skilled speaker's presentation covered the many facets of tobacco use, and appealed to the emotions of the crowd. During his talk, Mr. Reynolds interacted with the audience, and encouraged them to share their personal stories about the effects of tobacco on their lives. People left feeling inspired. He's a fantastic speaker, and we plan to have him back next year.

It was just amazing to watch the faces in the audience as you spoke. You were really awe inspiring. This was the best conference the Alliance for Health Promotion ever sponsored, due in great part to the fact that you were one of the speakers.

Please see the link below for Patrick Reynolds' client testimonials.

Video clips of past talks

KEYNOTE SPEECH – Tobacco Wars: the Battle for a Smoke-free Society

KEYNOTE SPEECH – Tobacco Wars! The Battle for a Smoke-free Society

This live presentation empowers youth to stay tobacco free, and opens hearts and minds with the story of his father's death from smoking. Teachers agree this speaker is educational, highly motivational and inspiring, and that he captivates students of all backgrounds.

Patrick Reynolds, a nationally-renowned tobacco opponent and grandson of tobacco company founder R.J. Reynolds, will present this public lecture on tobacco, its impact on children, and what your community can do in order to reduce smoking among adults & youth.

You can quit smoking! (Motivational talk for employees)

Patrick Reynolds' smoking cessation talk for employees is highly motivational and empowers employees with the tools they need to quit tobacco use successfully. He has spoken on this topic to groups of up to 1,000 employees; see the rave review from Adams Thermal systems at www.Tobaccofree.org/clients/