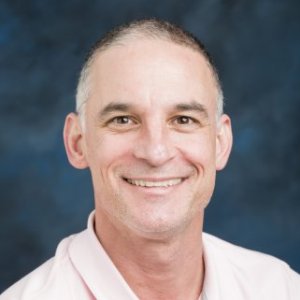 Patrick Damon Rago is a Professor of Theatre Arts & Dance at Loyola Marymount University. Damon began his formal dance training at California State University, Fullerton in 1988. Upon graduation, he accepted a full scholarship to the University of Utah to pursue an MFA in Modern Dance. While there, Damon was the 1996 winner of the Dee R. Winterton Award for Outstanding Gradate Student and walked straight from graduation to the dance studio and began a two-year stretch with the Ririe-Woodbury Dance Company.

In 1998, Damon returned to Los Angeles and spent four years a member of the groundbreaking dance company TONGUE, under the direction of Stephanie Gilliland. Since then, he has worked as a freelance performer, with Joe Goode, Loretta Livingston, Maria Gillespie, and as a performer in his own choreography.

In 2002, Damon formed Palindrome Performance Group to begin to develop his own choreographic voice using physicality, humor, emotion, and theatre to tell human stories through dance.

He is a three time Lester Horton Award winner for Outstanding Achievement in Performance, in 2002 for Joe Goode’s Native Son, in 2003 for Loretta Livingston’s Leaving Evidence, and in 2007 for his own Manifold. He was also a winner in 2003 for Outstanding Achievement in Choreography for Four Inches to the Left. His choreography has been presented at the Dumbo Dance Festival in Brooklyn, New York, Dance Spectrum LA, the Sola Dance Festival, Highways Performance Space, Loyola Marymount University, California State University, Fullerton, Cal Poly Pomona, Orange Coast College, Citrus College, Scottsdale Community College.

Damon and Ann, his wife since 1993, live in Anaheim Hills. They enjoy a life without children of their own, but are proud to be favorite Aunt and Uncle to Christopher, Owen, Noah, Gracee, Hannah, Olivia and Liam. They also share their home with a cute, but surly, very fat cat named Lotus. She’s generally nice enough to let them stay.