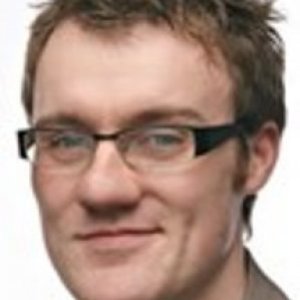 In addition to teaching and writing, Paul acts as a consultant and trainer to a number of organisations on social media and data journalism. 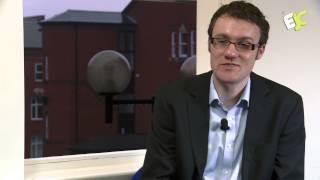 Paul Bradshaw leads both the MA in Data Journalism and the MA in Multiplatform and Mobile Journalism at Birmingham City University, and works as a consultant data journalist in the BBC England data unit.

He is also the founder of the investigative journalism crowdsourcing site, Help Me Investigate, which was shortlisted in 2010 for Multimedia Publisher of the Year and won the Talk About Local Investigation of the Year award the same year. His other awards include the CNN MultiChoice African Journalist Awards 2016 for an investigation into Nigerian football agents, and the BBC England 2017 Data Journalism award for a story on discrimination in the housing sector.

Paul's 'Model for the 21st Century Newsroom' and 'BASIC Principles of Online Journalism' series have formed the basis for newsroom operations and journalism education around the world, where they have been translated into a number of languages.Paul has been ranked the UK's fourth 'most visible person on the internet' by NowPublic, and the UK's seventh most influential UK journalist on Twitter by PeerIndex. In 2010, he was listed on both Journalism.co.uk's list of leading innovators in media, and the US Poynter Institute's list of the 35 most influential people in social media.

He is the co-author of the Online Journalism Handbook with former Financial Times web editor Liisa Rohumaa, and Magazine Editing (3rd Edition) with John Morrish. Other books which Bradshaw has contributed to include 'Investigative Journalism' (second edition), 'Web Journalism: A New Form of Citizenship'; and 'Citizen Journalism: Global Perspectives'.

He has also branched into ebook publishing with the publication on Leanpub of Scraping for Journalists, The Data Journalism Heist, Finding Stories in Spreadsheets and Snapchat for Journalists. He has also written reports on Social Media and the News for the Open Society Foundation, and an update of the 21st Century Newsroom model for the BBC College of Journalism.

35 Most Influential People in Social Media

Media reboot: the real story is the rise of data

Knowing how to get to a story via data and freedom of information requests is one of the most prized skills, says Paul Bradshaw, who heads up the master’s courses in data journalism and multiplatform and mobile journalism at Birmingham City University. “We struggle to meet demand from employers wanting students who can analyse data. All news organisations are expanding in this area.”

As Paul Bradshaw, who runs the MA in Data Journalism at Birmingham City University, puts it, scraping is “one of the most powerful techniques for data-savvy journalists who want to get to the story first, or find exclusives that no one else has spotted.”