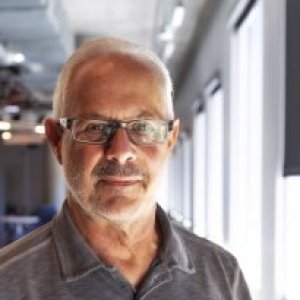 Clinical Associate Professor Paul Chitlik has written for all the major networks and studios. He was story editor for MGM/UA'S The New Twilight Zone, and staff writer for Showtime's Brothers. He has written features for Rysher Entertainment, NuImage, Promark, Mainline Releasing, and others. He has directed episodes and been coordinating producer for Real Stories of the Highway Patrol and U.S. Customs Classified. He wrote and produced the first network movie, Alien Abduction, shot on digital video for UPN. He also wrote, produced, and directed a special for Travel Channel on Ringling Bros., Barnum and Bailey Circus. Most recently, he wrote, produced, and directed "The Wedding Dress," a made for the web feature available on Vimeo.com. He has taught workshops at UCLA, UNIACC (Chile),University of Barcelona (Spain), ESCAC (Spain), EICTV (Cuba), University of Zulia, (Venezuela), and for ScreenWest (Australia)

Nominated for an episode of "The New Twilight Zone."

For the episode that was submitted by "Los Beltrán."

For DVD, Showtime and HBO movie.

Writer-director Paul Chitlik, who has taught screenwriting at the Havana’s film and television universtiy, EICTV, Film School, said while the country was "still very poor and short on resources," Cuba has made "some amazing strides in moving towards capitalism." Chitlik, whose new feature The Wedding Dress is set for a January 2015 release, said "opportunities to shoot (in Cuba) abound - not to mention the number of old American cars driving on the streets."...

I recently spoke with screenwriting instructor and award-winning writer Paul Chitlik, who writes on the hidden structure of screenplays, sequences, and scenes, and how to fill them with believable, complex, and compelling characters...

Paul Chitlik on how people with disabilities face a lack of industry representation because of a lack of opportunity.