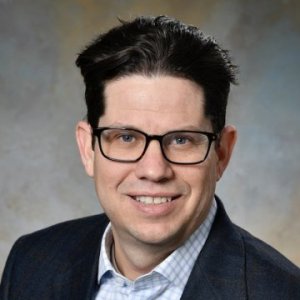 
Paul Ellickson researches quantitative marketing and industrial organization and has expertise in supermarkets, supercenters, and strategy

Professor Ellickson’s research interests lie at the intersection between quantitative marketing and industrial organization, with a focus on using structural modeling to understand the forces that drive strategic interaction and optimal decision making. He is particularly interested in modeling the importance of dynamic and spatial competition in retail trade. Ellickson’s research has been published in various academic journals including the Review of Economic Studies, the RAND Journal of Economics, Marketing Science, the Journal of Marketing Research, Quantitative Marketing and Economics, and the Journal of Economic Perspectives.

Why is Amazon buying a supermarket chain?

Before A & P, Americans shopped at small-town stores that were “often run in a haphazard manner” and purchased their supplies from “a Byzantine collection of jobbers and middle men that was rife with corruption”, according to Paul Ellickson.

A&P’s downfall began in the 1950s, because it was slow to adopt the modern supermarket format, which typically involved a wide variety of branded goods and products, advertising and building stores in the suburbs, said Paul Ellickson, a professor of economics and marketing at University of Rochester’s Simon School of Business. “They essentially missed that boat, and never regained their position as an innovative company,” he said.

Worth The Deal? Groceries Get A Personalized Price

"Firms are always interested in charging different customers different prices," says Paul Ellickson, who teaches economics and marketing at the University of Rochester. Ellickson says some people just don't notice price very much. They'll pay full price for what they want. That's profitable to supermarkets. What's even more profitable, however, is if supermarkets can offer a discount to the other folks, to nudge them into buying as well. Ellickson says we're already used to paying different prices for some things. "Airline tickets are a good example — if you buy very late, you expect to pay a fair amount. If you buy early, you expect to maybe pay less," he says. "But when you're buying exactly the same product at exactly at the same point in time, and you and the person right next to you are paying different prices, you may get irritated with that."

Why the Biggest Big-Box Stores Survive

“One of the commonalities in the stores that are succeeding is some sort of emphasis on food,” says Paul Ellickson, a professor of marketing and economics at the University of Rochester’s Simon School of Business who studies the history of supermarkets. “Club stores, supercenters, and big-box grocery stores all involve some element on food which is perishable and really has not had much success being delivered online.”

“When you’re buying exactly the same product at exactly at the same point in time, and you and the person right next to you are paying different prices, you may get irritated with that,” Paul Ellickson, an economics and marketing professor at the University of Rochester, said in an NPR report on personalized grocery pricing.

Whatever goes into the plaza needs to be carefully considered, said Paul Ellickson, a professor at the University of Rochester’s Simon School of Business who has extensively researched the impact of Walmart supercenters on other neighboring businesses. "They do drive a lot of traffic," he said about Walmart. "You are going to see a lot more people coming to it as a destination."

Everyday Low Pricing May Not Be the Best Strategy for Supermarkets

"You need a major event to cause a pricing strategy switch that can be observed, and the entry of Wal-Mart into the grocery market provided that natural experiment," explains Harikesh Nair, associate professor of marketing at the business school and a coauthor of the study with Paul Ellickson, assistant professor of marketing and economics, and Sanjog Misra, associate professor of marketing and applied statistics, both at the University of Rochester. The researchers exploited the observed switches in market structure in combination with an economic model of the industry to measure the cost and benefits to supermarkets of changing the price positioning.

In Pursuit of Taste, en Masse

In the dark ages before arugula, most supermarkets seemed to carry only one type of lettuce, iceberg, and apples were either green or red. In 1945, the average grocer carried about 5,000 products; today, that number is more than 40,000, according to Paul B. Ellickson, a professor of economics and marketing at the University of Rochester.

The Competitive Effects of Entry: Evidence from Supercenter Expansion

Coupling weekly grocery transactions with the exact location and opening date of Walmarts over an 11-year period, we examine how Supercenter entry affects prices and revenues at incumbent supermarkets. We find that entry within 1 mile of an incumbent causes a sharp 16 percent drop in revenue, a competitive effect that decays quickly with distance. Surprisingly, despite large cross-sectional differences in supermarket prices by exposure to Walmart, our findings also indicate that Supercenter entry has no causal effect on incumbent prices. This result is robust across many dimensions, including a lack of price response for individual products, and across brands within a category.

We propose and estimate a spatially aggregated discrete‐choice model with overlapping consumer choice sets and demographic‐driven heterogeneity that varies by chain. Our approach avoids the need to define markets ex ante and captures rich substitution patterns, even in the absence of price data. An application to the US grocery industry illustrates the importance of location, format, and the spatial distribution of consumers in shaping the competitive environment. Contrary to conventional wisdom, we find substantial cross‐format competition between supercenters, clubs, and traditional grocers. Finally, we evaluate two representative mergers between supermarket chains to demonstrate how our estimates inform antitrust policy.

We propose and empirically evaluate a new hybrid estimation approach that integrates choice-based conjoint with repeated purchase data for a dense consumer panel, and show that it increases the accuracy of conjoint predictions for actual purchases observed months later. Our key innovation lies in combining conjoint data with a long and detailed panel of actual choices for a random sample of the target population. By linking the actual purchase and conjoint data, we can estimate preferences for attributes not yet present in the marketplace, while also addressing many of the key limitations of conjoint analysis, including sample election and contextual differences. Counterfactual product and pricing exercises then illustrate its managerial relevance.

Paul B. Ellickson and Polykarpos Pavlidis

This paper explores and quantifies the importance of parent brand state dependence to forward looking pricing outcomes in the area of umbrella branding and multi-product firms. We show through numerical simulations that loyalty (inertia) to the parent brand can decrease prices and reduce profits, as well as mitigate or even reverse the benefits of joint profit maximization relative to sub-brand profit maximization. These effects are mediated by brand asymmetries and the relative magnitude of sub-brand state dependence effects. Empirically, we focus on the Yogurt category, where we consider parent brands with several sub-brands. Using household level scanner data, we estimate the parameters that characterize consumer demand while flexibly accounting for consumer heterogeneity. We also estimate unobserved product costs based on a forward looking price setting game. Through counterfactual analysis, we study the overall effect of parent brand state dependence on prices and profits, as well as the empirical impact of joint profit maximization and changes in firms’ beliefs regarding consumer inertia. Our findings have implications for markets where demand is likely characterized by parent brand dynamics.