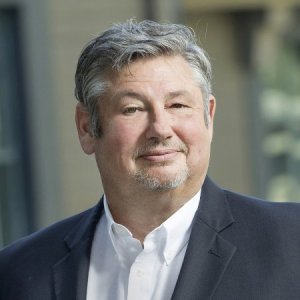 Paul Gertler is the Li Ka Shing Professor of Economics at the University of California, Berkeley, where he holds appointments at the Haas School of Business and the School of Public Health. He is the Faculty Director of the Institute for Business & Social Impact, and he is also the Scientific Director of the Center for Effective Global Action. Gertler is an internationally recognized expert in impact evaluation. He was Chief Economist of the Human Development Network of the World Bank from 2004-2007 and the Founding Chair of the Board of Directors of the International Initiative for Impact Evaluation (3ie) from 2009-2012. At the World Bank, he led an effort to institutionalize and scale up impact evaluation for learning what works in human development. At Berkeley he teaches courses in applied impact evaluation at both the graduate and undergraduate levels, as well as in an executive education program for policy-makers. He is the author of the best-selling textbook "Impact Evaluation in Practice" and the recently released second edition, published by The World Bank Press. He has been a Principal Investigator on a large number of at-scale multisite impact evaluations, including Mexico’s CCT program Progresa/Oportunidades and Rwanda’s Health Care Pay-for-Performance scheme. He has published results from impact evaluations extensively in both scientific and policy journals on early childhood development, education, fertility and contraceptive use, health, HIV-AIDS, energy and climate change, housing, job training, poverty alleviation, labor markets, and water and sanitation. He was awarded the Kenneth Arrow Award for best paper in health economics in 1996. He received his PhD in Economics from the University of Wisconsin in 1985, and, prior to UC Berkeley, he held academic appointments at Harvard University, RAND, and SUNY Stony Brook. 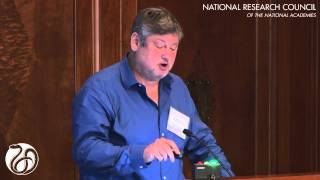 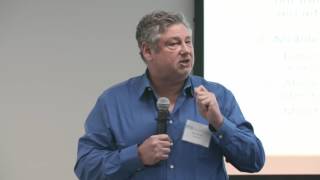 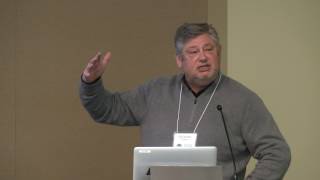 A New Approach to Lending in Low- and Middle-Income Countries

A new form of digital collateral is proving effective in helping low-income people around the world, according to research co-authored by Paul Gertler, the Li Ka Shing Professor of Economics and faculty director of the Institute for Business & Social Impact, and Cora Jane Flood Professor of Business Administration Catherine Wolfram. Digital collateral allows a person to borrow in order to buy an asset, such as a smartphone. If the borrower fails to make payments, the lender can lock the phone remotely until payments are resumed, which creates an incentive to repay.

Hard skills or soft skills for the youth?

A new study co-authored by Paul Gertler, the Li Ka Shing Professor of Economics and faculty director of the Institute for Business & Social Impact (IBSI); Assoc. Prof. Dana Carney; and Laura Chioda, IBSI's research director, looked at the results from two mini-MBA trainings for Ugandan students who were trained in both hard and soft skills. As it turned out, both skill sets created substantial economic impact.

Research co-authored by Prof. Paul Gertler, the Li Ka Shing Professor of Economics and faculty director for the Institute for Business & Social Impact, examined a Mexican policy that switched to using debit cards for cash assistance. The research found there were spillover benefits to small retailers and richer consumers that suggested that this type of policy to subsidize financial inclusion could be politically popular.

Research co-authored by Prof. Paul Gertler, the Li Ka Shing Professor of Economics and faculty director of the Institute for Business & Social Impact (IBSI), is shedding light on how to help parents support their children in school. The paper examines the effect of low-cost, group-based parental involvement interventions in Mexico using data from two randomized controlled trials. The first experiment provided financial resources to parent associations. The second experiment provided information to parents about how to support their children’s learning. They found that giving parents information can increase parental engagement in schools, change parenting behavior at home, and improve children’s behavior in school.

Facebook received 189 proposals from 39 countries for its call for research on the economic impact of digital technology. Five were awarded, including a proposal by Prof. Paul Gertler, the Li Ka Shing Professor of Economics and faculty director of the Institute for Business and Social Impact and Prof. Ulrike Malmendier for a study on using digital sales and inventory technology to assess the creditworthiness of small- to medium-sized businesses. (Sean Higgins of Northwestern University will serve as principal investigator.)

Although women tend to repay loans at higher rates than men, they have a harder time getting approved for loans and are offered worse terms than men with similar credit profiles. Paul Gertler, the Li Ka Shing Professor of Economics, has been researching gender-differentiated credit algorithms to combat credit market biases. The goal is to create credit scores for previously unbanked women and test whether they can reduce the gender bias in access to credit.

After following 2,000 Ugandan students participating in an entrepreneurship training course for four years, Prof. Paul Gertler, the Li Ka Shing Professor of Economics and Scientific Director of the Center for Effective Global Action, found that the students were better able to deal with stress, had higher levels of conscientiousness and openness, and could communicate and negotiate better.

Goldman Sachs defended itself in the Apple Card scandal by saying it did not consider gender when calculating creditworthiness. If it did, that could actually mitigate the problem.

President Donald Trump’s delegation to the United Nations-affiliated World Health Assembly recently bullied smaller, less wealthy nations in an failed effort to crush a resolution urging mothers to breastfeed infants. In a recent paper, Prof. Paul Gertler and a team of colleagues compared infant mortality rates in regions that had access to infant formula with regions that didn’t. In 1981—the height of a controversy over Nestlé’s aggressive marketing of formula to mothers in poor countries—the “availability of formula” resulted in approximately 66,000 infant deaths in areas with bad water, they found.

Trump stance on breast-feeding and formula criticized by medical experts

Global health experts said the president’s stance suggested a lack of knowledge about the history of the marketing of powdered formula to developing countries, where there is a lack of clean water to mix with forumula. A recent study by Paul J. Gertler, Li Ka Shing Professor, found that 66,000 infants died in low- and middle-income countries in 1981 alone because of the availability of formula.

“If we want to attack poverty, the place to start is very early in life,” says Paul Gertler, an economist who studied the long-term effects of the Jamaica program.

"Job training creates different expectations among men than women, according to a 2017 report from the World Bank, the Haas School of Business at the University of California, Berkeley, the Universidad Nacional de La Plata in Argentina and the Inter-American Development Bank, a Washington, D.C.-based company that finances development in Latin America and the Caribbean."

Plant Trees To Save Energy

"In Mexico, a recent study from the Haas School of Business at the University of California Berkeley predicts there will be near universal saturation of air conditioning in all warm areas within just a few decades."

How to Make Replication the Norm

The Half-Life of Happiness: Hedonic Adaptation in the Subjective Well-Being of Poor Slum Dwellers to the Satisfaction of Basic Housing Needs

Journal of the European Economic Association

Are There Synergies from Combining Hygiene and Sanitation Promotion Campaigns: Evidence from a Large-Scale Cluster-Randomized Trial in Rural Tanzania

Books or Laptops? The Cost-Effectiveness of Shifting from Printed to Digital Delivery of Educational Content

Investing in the Foundation of Sustainable Development: Pathways to Scale for Early Childhood Development

​Proceedings of the National Academy of Sciences USA

Wealthy, Healthy and Wise: Does Money Compensate for Being Born into Difficult Conditions?